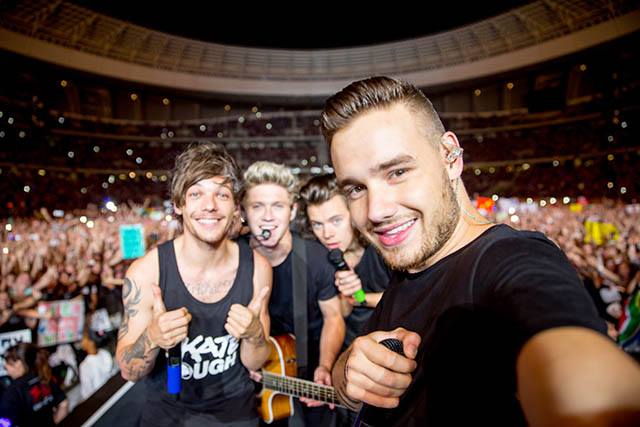 We’re four months deep into the dreaded One Direction hiatus and even though they’re still barely out of the headlines, do we really know which actual direction each of the boys is likely to go? Is it Northm South, East West, North By North West?!

Luckily, we’ve done the extensive research (aka binge watched loads of 1D videos) so you don’t have to, to try and work out the truth!

Let’s take a look at the evidence…

‘Drag Me Down’
The boys’ ‘Drag Me Down’ video is anything but downwards, in fact the whole thing revolves around them training to go up into space! And we all know that you can’t get any more North than space, can you? #science
‘You & I’

In their ‘You & I’ video, the band take a lovely trip to the seaside for a walk alone the pier. They all seem to heading straight on for most of it but right at the end they all seem to turn back, heading South towards to the sea! Maybe this isn’t as simple as we first thought. At least we all know which direction Zayn went in (sorry).

Throughout the ‘Night Changes’ clip, we get taken on a date with each of the guys (lucky us!) In particular, Louis, is taking us on a drive and most definitely heading West! Could this be a sign that he’s heading for the West End stage? Or maybe we’re looking into this too much.

During this fun filled video that depicts the band having a party in the middle of some woods, the guys also take to some water sports (‘sports’ being a generous word for it). At one point they all go water zorbing and the band decide to push Harry as hard as they can. From our scientific calculations, we’d say he was heading North West. Look out for him in Blackpool sometime soon!

During 1D‘s crazy circus themed ‘Steal My Girl’ video it’s quite hard to understand much of what’s going on, but at one point Liam can be seen standing on top of a giant cage (obviously) dancing. He definitely seems to look and point East more than anywhere else, so that must be where he’s heading! Simples.

Niall is the last member for us to analyse and in the ‘Best Song Ever’ video he’s the first running out the door and the first to jump in the trolly for a ride. Both times it seems to us that he’s most definitely heading South West, perhaps he’s longing for some down time in Cornwall?

With such a strong pull from the West and Liam going East we all know what that means? Science doesn’t lie!

In this article:Best Song Ever, drag me down, Harry Styles, Liam Payne, live while we're young, Louis Tomlinson, Music Video's, Niall Horan, night changes, One Direction, Steal My Girl, You & I, zayn