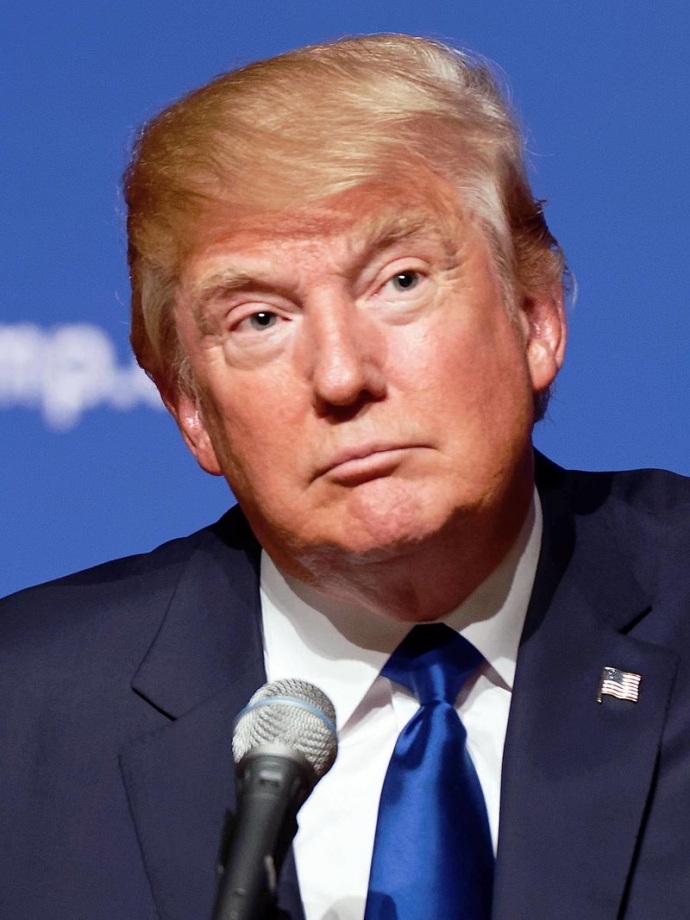 So we’re well into the last 24 hours of the American election. It’s been a heated battle between Hilary Clinton and Donald ‘Chocolate Orange’ Trump, often ignoring politics altogether and escalating into personal attacks in scenes echoing secondary school playgrounds across Britain.

In the next few hours, we’ll finally know whether bankruptcy veteran Trump or email hoarder Clinton will take the White House. The music world has been pretty anti-trump, which is no real surprise considering his racism, misogyny, and general oafishness.

Just last night Lady Gaga attended a Hilary Clinton rally dressed in what many thought was a Nazi-style outfit. The great irony was that the outfit previously belonged to one Micheal Jackson.

She’s not the first musician to wade into politics and she certainly won’t be the last, so without further ado, here’s our list of the top ten searing political songs.

This one isn’t exactly a discrete put down of the over-privileged Tory government, more like a sledgehammer to their egos. So it came as some surprise when Conservative pork lover David Cameron declared that ‘Eton Rifles’ was his favourite song. Cameron told BBC Radio 4: “The Eton Rifles is my favorite song. I was one, in the corps.”

To that, Paul Weller responded “Which part of it doesn’t he get? It wasn’t intended as a fucking jolly drinking song for the cadet corps.”

And Weller didn’t fuck a whole country (or a pig), so we think he might have won this battle.

Nowadays Bono might be better known as an egotistical, sunglasses wearing Woman Of The Year (yes, really!) but before all of that, he was a seething political songwriter. Written about the Irish troubles of the time, Sunday Bloody Sunday detailed the senseless violence in Ireland without actually straying towards backing either side.

As Larry Mullen put it: “We’re into the politics of people, we’re not into politics. Like you talk about Northern Ireland, ‘Sunday Bloody Sunday,’ people sort of think, ‘Oh, that time when 13 Catholics were shot by British soldiers’; that’s not what the song is about. That’s an incident, the most famous incident in Northern Ireland and it’s the strongest way of saying, ‘How long? How long do we have to put up with this?’ I don’t care who’s who – Catholics, Protestants, whatever. You know people are dying every single day through bitterness and hate, and we’re saying why? What’s the point?”

8. Bruce Springsteen – Born In The USA

This had to be included, if only for the sheer irony that seems to now be attached to this song. The song is venomous in its detailing of the Vietnam war and the treatment of the war’s returning soldiers. However, when you have a real blue-collar rocker singing the chorus “Born In The USA,” it’s easy to see why it’s not so subtle meaning may have been missed.

Cue Ronald Reagan pretty much using the song (although not explicitly by title) to aid his 1984 re-election campaign. “America’s future rests in a thousand dreams inside our hearts,” Reagan said in a speech in New Jersey. “It rests in the message of hope in the songs of a man, so many young Americans admire New Jersey’s own Bruce Springsteen.”

If a man has ever missed the point more let us know.

John Lennon never masked his views during his political solo years, and in this tirade of a song, he tells it how it is.

“I’ve had enough of reading things
By neurotic, psychotic, pig-headed politicians
All I want is the truth
Just gimme some truth.”

Is it any real wonder that soon after the release of this track, Lennon was facing a battle against deportation from the USA and was put under FBI surveillance?

Let’s be honest; this track has probably aged the worst of any of the tracks on this list, but not to include it would be ignoring the impact it had on making the cause known to the British public. Before the release of the track, not many knew of Nelson Mandela and many of those who did perceive him to be a terrorist. Following the release of the track (which reached Number 9 in the UK Charts) more and more people became aware of Mandela’s plight and the issues surrounding apartheid.

5. Manic Street Preachers – If You Tolerate This Your Children Will Be Next

From the early days of ‘Repeat’ to performing in Cuba, via the likes of ‘Freedom Of Speech Won’t Feed My Children,’ The Manics have been consistently one of the most politically active UK bands of the last 25 years.

When a track contains the lyrics “If I can shoot rabbits/then I can shoot fascists,” You’d expect it’s meaning to pretty clear. Cue the BNP using the track to slam what they called the “great multicultural experiment.” The band’s label swiftly removed the track from the political group’s website causing the BNP to defend themselves by saying “you can interpret the lyrics any way you want.”

“Don’t walk the plank like I did / You will be dispensed with / When you’ve become inconvenient.”

Thom Yorke has never been one to hide his views, but with his first solo single, he laid into the Labour government. Essentially accusing them of haranguing or perhaps even murdering scientist David Kelly, who committed suicide following intense media and government pressure after discussing the government’s failure to find weapons of mass destruction in Iraq.

In keeping with Yorke’s work, it’s an edgy and paranoid piece which levels that the government can bury you the minute you step out of line.

3. Pearl Jam – Yellow Ledbetter
Perhaps a forgotten one, probably as the lyrics are famously hard to make out clearly, but the track details a man who lost his brother in the Gulf war. While taking a walk after hearing the news (via a yellow letter), he spots an American flag on a suburban and salutes it, only to be looked at with derision for his alternative appearance.
2. Public Enemy – 911 Is A Jok
Giving a voice to the ghettoized black Americans, this track tackles the lack of response to emergency calls in black neighborhoods. We could have picked the call to arms “Fight The Power” or pretty much any track from “It Takes A Nation Of Millions…”.
1. Rage Against The Machine – Killing In The Name
It had to be, right? In a world facing up to the all too real possibility of Donald Trump US President, a war on immigrants and Brexit making racism seem more acceptable in the UK, this track still seems relevant in its seething indictment of institutional racism and police brutality. Oh, and Nigel Farage’s UKIP for some odd reason decided to use the track in 2012….WHY!?
In this article:pearl jam, Public Enemy, Rage Against The Machine