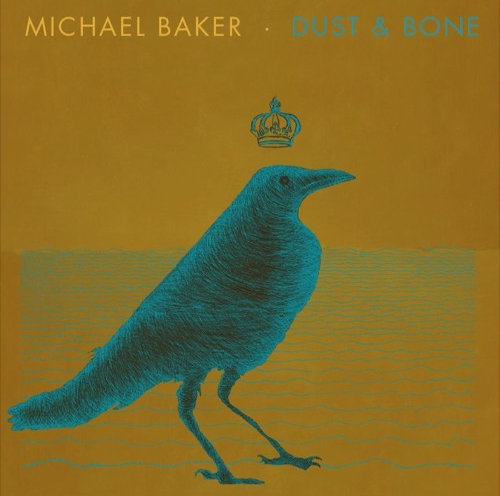 Every now and again you discover music that takes you to an entirely different place and stirs up emotions you didn’t even think you had. Michael Baker has managed to do just that with his debut album, Dust & Bone.

Michael’s unique story is one of the reasons why this collection of songs really stands out. As a regular busker, Michael lives in his van and travels not only around London but throughout Europe to play shows. This raw, grass-roots way of living really comes across in every song. Every note brings with it real emotions that you can feel, as though they were yours in the first place. Featuring collaborations with musicians he’s met along this fascinating journey, it brings a completely different way of looking at the world and an album full of captivating records.

Without the distraction of massive production, you are able to hear the rawness of Michael’s creation, making it feel accessible and personal no matter who or where you are. This rather stripped back feel allows his obvious talents to take centre stage. His gentle and sometimes gravelly vocals tell a story by itself, but when teamed with atmospheric, dreamlike noises and an acoustic guitar like in ‘Steady & Stuck,’ the record comes alive with emotion. There are songs with big choruses as well as more serene, overtly heartfelt tracks such as ‘Half My Love’, on which with every note comes more and more feeling.

The romantic undertones of ‘Anywhere, Anytime Soon’ and ‘Some Kind’ leave you feeling uplifted as Michael sings “to deny all of what I’m feeling is to climb without ever reaching anywhere anytime soon” and “Some kind of love is coming I can taste the sweeter life”. Lyrics such as these, which conjure up vivid images, are scattered throughout the record. An album that oozes escapism is something we all need at the moment, and Dust & Bone is the perfect therapy.

If you are a fan of Bon Iver, Ben Howard or Passenger, you’ll almost certainly love this album too.

Advertisement. Scroll to continue reading.
In this article:dust and bone, michael baker