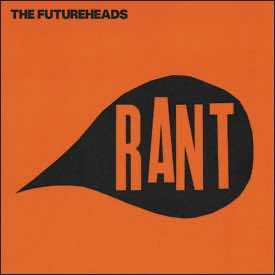 Everyone knows and loves The Futureheads’ cover of Kate Bush’s Hounds of Love. It was a taster of a British indie rock band twisting the genre with a capella through an 80’s pop classic. So the foursome have decided to further this approach on their fifth album and release a record full of a capella and acoustic tracks!

The Futureheads have been releasing music for over ten years but it is only now that the four-part harmony group have decided to record an album with no instruments, just a stripped down strictly acapella record called Rant.

‘The a cappella record has us making noise like never before, and hopefully you’ll hear The Futureheads in a new way, too. We’re not turning our back on the ‘Rock’ forever, we just want you to hear us like this, because four-part harmony has been so important in the music we’ve made since day one’.

Released on April 2nd through their own label Nul Records, Rant will feature re-arranged Futureheads songs, medieval and traditional folk songs and a Kelis cover that was created and performed especially for the Radio One Live Lounge. The Futureheads have streamed one of their reworked tracks ‘Robot‘ which you can hear below!

The tracklist for ‘Rant‘ is as follows: