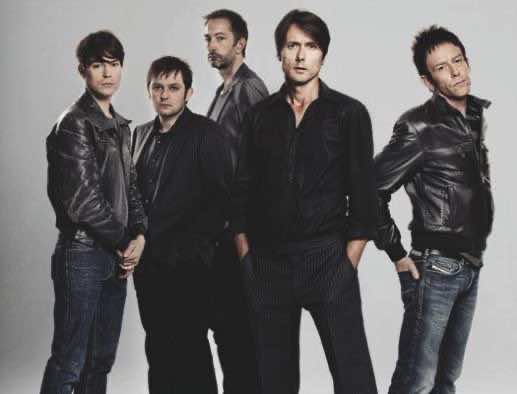 Brett Anderson of Suede has announced that the band are working on a new album.

The frontman revealed the news at the launch of Teenage Cancer Trust’s gig series, which they will be closing on the 30th March. Of the follow up to last year’s album ‘Bloodsports’, he stated: “I’m very proud of ‘Bloodsports’, and the best thing about it is that it showed us that we can write new music, and relevant new music.

“We want to carry on writing and pushing forward, so we’re taking it somewhere else now. I think it’ll be out next year, as we’re just writing at the moment so realistically it will be next year.”

The band’s gig for Teenage Cancer Trust will be a celebration of their second album ‘Dog Man Star’, which celebrates its 20th anniversary this year. Speaking of the album, which was their last recording with guitarist Bernard Butler, he said: “I’ve become objective about it, where once, when we released it, I was subjective. You don’t see an album with any perspective when you release it, but I suppose if 20 years later you still thought a record that’s actually shit was very good then there’d be something slightly crazy about you.”

Anderson has denied that Butler will be returning for the concert: “I don’t think he wants to come back. He’s happy doing what he’s doing.”