The Isle Of Wight Festival is a weekend full of an eclectic mix of music that anyone and everyone can enjoy. We went along this year to check out some of this years acts so check out out review below!

Make sure you get connected to the official  Isle Of Wight Festival Facebook page for updates for 2015 – https://www.facebook.com/iwfestival 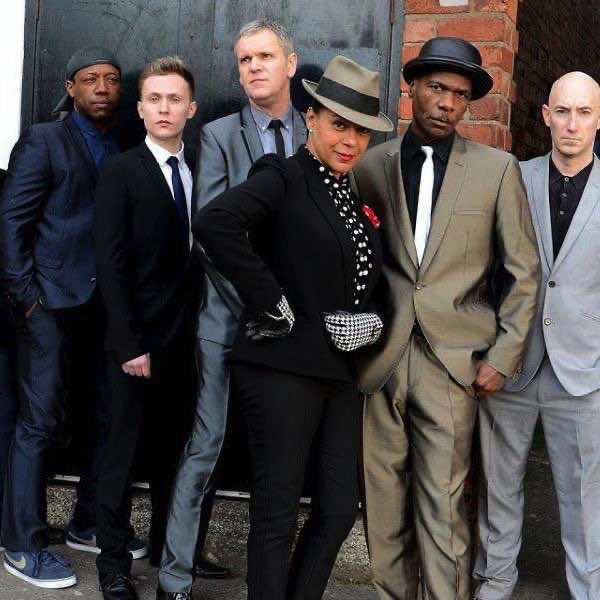 In the Big Top, a crowd slowly trickles in for Ska group The Selecter as soundcheck takes place. By the time the band hits the stage the tent is nearly full as they start their set. It’s a fun environment to be in with no pushing, everyone just has their own little space to dance, as you feel you have to at a 2-tone show.

There were also lots of sing-a-long oportunities encouraged by female vocalist Pauline Black. One good thing about their songs is the repetition, a great way to get the crowd singing along, which works particularly well for ‘Three Minute Hero‘ today. Of course it’s their biggest hits that get the biggest reactions. Members of the audience had started singing ‘On My Radio‘ before the band had even come out, so when it started as the penultimate track, the crowd went wild. Not a person in the audience is still thoughout both this and closing track ‘Too Much Pressure‘. Its a wise decision from the band to close on two of their most successful songs, leaving everyone still dancing and singing even when the stage is clear.

Tonight’s headliners come in the form of Scotland’s greatest musical export, Biffy Clyro; and they certainly live up to expectations. Coming out just as the sun starts to set, makes everything feel that little bit more magical as they open with ‘Different People‘, but things instantly kick off upon hearing ‘That Golden Rule‘. It works perfectly with the final rays of sun and pyro setting off above the screens. By third track, ‘The Captain‘, it’s obvious that this is going to be a set to remember as gold confetti is sprayed into the crowd, the breeze carrying it nearly all the way to the food vans.

It’s clear tonight which songs are the crowd favourites. The previously mentioned get a huge energy, but during the chorus of ‘Folding Stars‘, Simon Neil can barely be heard over the vocals coming from everyone around the main stage.

By now, it’s getting dark and the light show Biffy are puting on is getting more and more impressive, shining round their tree branch stage set and enhancing the pyro, used appropriately in ‘Who’s Got A Match?‘

The set seems to stay on a high from here right the way through, with streamers and sparks all flying before the encore. The very final song of the evening however is ‘Mountains‘, the song that first brought Biffy to recognition. They needed to do something special here to make the finale special when the rest of their set has already blown the crowd away, and they do not disappoint. Anyone would think they were closing the whole festival with the firework display set off during the bridge, and lasting til the end of the song. It’s a fantastic way to end the first day of the festival.