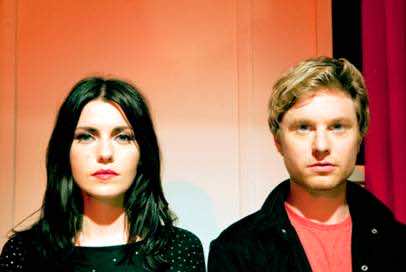 Blood Red Shoes have had a mental year so far. With the release of their incredible third album ‘In Time To Voices’ and embarking on a monster of European tour the duo don’t spare any time for afternoon in front of the TV with a cuppa. Instead, they’ve planned their next European round trip, this time with New Jersey’s The Gaslight Anthem!

Blood Red Shoes will also be playing the main stage at Reading on Saturday 25th and Leeds on Sunday 26th August.

But it doesn’t stop there, the Brighton pair have also announced their next single, the album title track, ‘In Time To Voices’ on August 27th!

Check out the tour dates and watch our latest interview with them below!

European tour with The Gaslight Anthem:

In this article:Blood Red Shoes