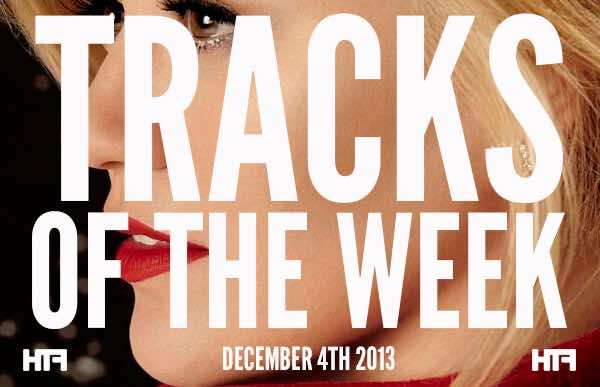 Here’s HTF’s list of what tunes are rocking our world this week. Enjoy!

Kelly Clarkson – Underneath The Tree

Kelly Clarkson released her Christmas album ‘Wrapped in Red’ this week and we are especially loving her track ‘Underneath the Tree’ to get us in the festive mood! Make sure you get this on your Xmas playlist!

If you like a mix of heaviness and electronics and you haven’t listened to I See Stars then you’re missing out. ‘Murder Mitten’ has been taken from their new album ‘New Demons’ and features beats so frantic you won’t know whether to dance or mosh!

Blood Red Shoes – The Prefect Mess
We at HTF loved 2012’s ‘In Time To Voices’. So it’s with great excitement we unveil this gem off their forthcoming self titled 4th album!

Miley Cyrus – Wrecking Ball (Afrojack Remix)
Afrojack puts his twist on the pop banger but it’s not what you’d expect! We do love it though.
In this article:A$AP Ferg, Afrojack, Blood Red Shoes, I See Stars, Kelly Clarkson