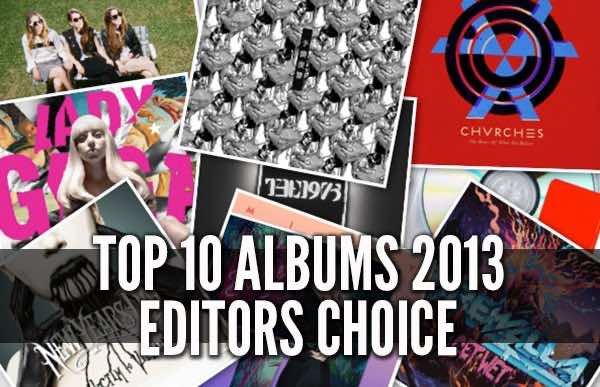 Hey it’s Chris here, editor/founder of Hit The Floor. It’s the end of the year so it’s that time again-  time to reveal my top 10 albums of 2013.

For any of you that are familiar with my previous top album lists you will know it’s not always full of the standard releases everyone expects. Last year I got a barrage of shit for putting Kreayshawn‘s album at the number 2 spot (I still stand by that by the way. It’s a fucking awesome album. Who cares about sales figures!) and putting Andrew W.K‘s re-release of ‘I Get Wet’ at number 1 (Ok, maybe that was too far. No re-releases this year!). But anyways, running a multi-genre magazine like HTF I hear a lot of stuff and throughout the years have developed my own tastes, like we all have, so my lists always tend to sometimes stray off the typical path so to speak. This year it’s been tough to whittle it down to 10. I’ve been going over this for weeks and now I’ve finally settled on my definitive list of this years best album releases!

Who will take the number 1 spot? Which release are people gonna give me shit for this year? What are your top 10 albums of the year? Leave all your comments below and let’s get cracking with number 10……. 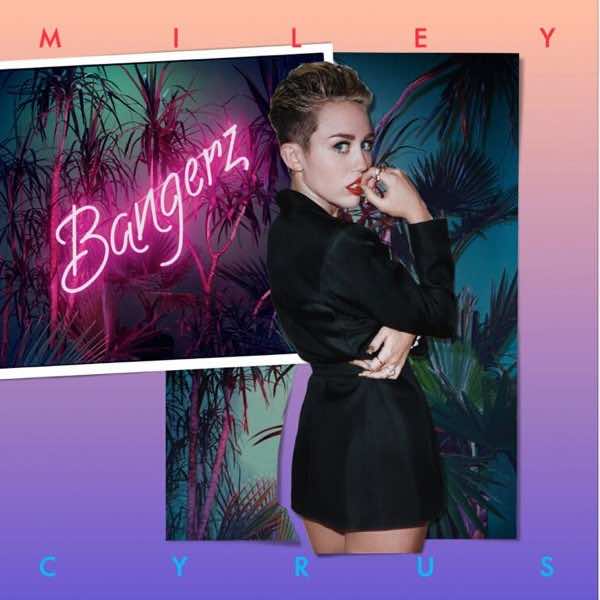 May as well let the bitching and complaining start here I guess! But before you do, let me explain. Yes, Miley is fucking crazy and licks hammers! Yes, Miley is now probably now more well known for twerking, pissing off Sinead O’Connor and smoking weed at the EMA’s! But, it can’t be denied that the first two singles from this album,  ‘We Can’t Stop’ and ‘Wrecking Ball’, have also been two of the best pop songs to be released this year! And guess what? The album has more ‘Bangerz’ to offer as well. Underneath the mentalness, Miley has created a pretty good pop album. The album as whole really does show Miley’s coming of age with it’s mix of party and vunerability and it works well. While the album has it’s few flaws, it definitely has way more hits than misses and with it’s fresh sound it definitely deserves it’s place in the top 10. Deal with it! 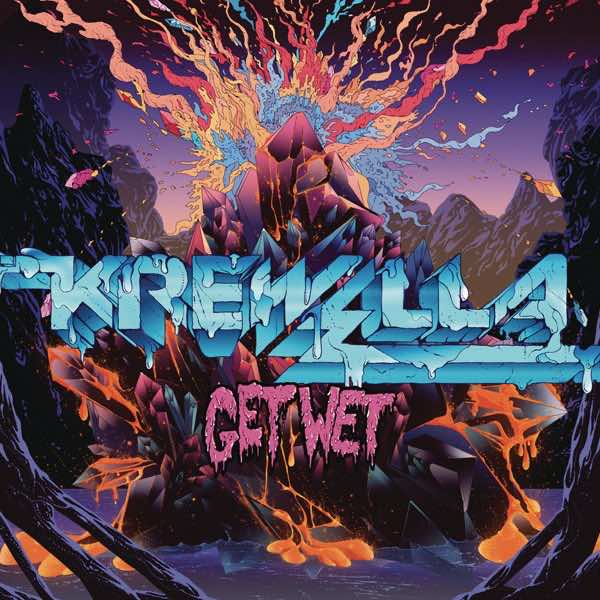 Their EP made an appearance in my top 10 last year and now Krewella’s debut album smashes into this years top list at number 9! Since last year the band has exploded state-side with Billboard stating ‘Krewella will be huge!’, their album charting at number 8 in the U.S Billboard Chart and they also secured a number 1 in the U.S Dance Chart. With an album packed full of EDM party anthems, ‘Get Wet’ is definitely an album to get fired up to and it’s only a matter of time before Krewella take on the rest of the world. Keep your ears peeled! 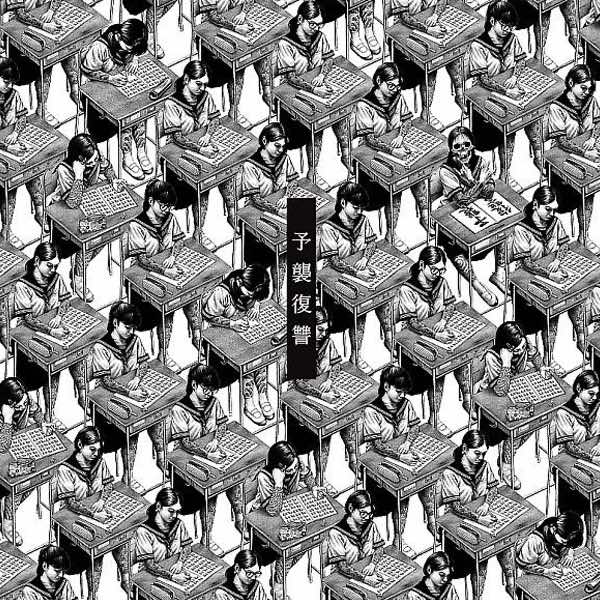 It’s been a long time since I heard a metal band that got me genuinely excited. Chances are most of you will have no idea who MTH are but all I can say is if your into metal or punk-rock you need to get on this album. Actually, not even this album – you need everything they have ever done. I guess the best way to describe the band are a Japanese fucked up System Of A Down. One minute you could be listening to the most brutal breakdown known to man and within a few minutes you could be listening to what sounds like a Red Hot Chilli Peppers track. From soft-rock to death metal this band covers it all in one album; sometimes even in one track. Genre’s mean nothing to Maximum The Hormone and I love it!

Check out the video below. I think it’s an album sampler but god knows. Even this melts my brain! 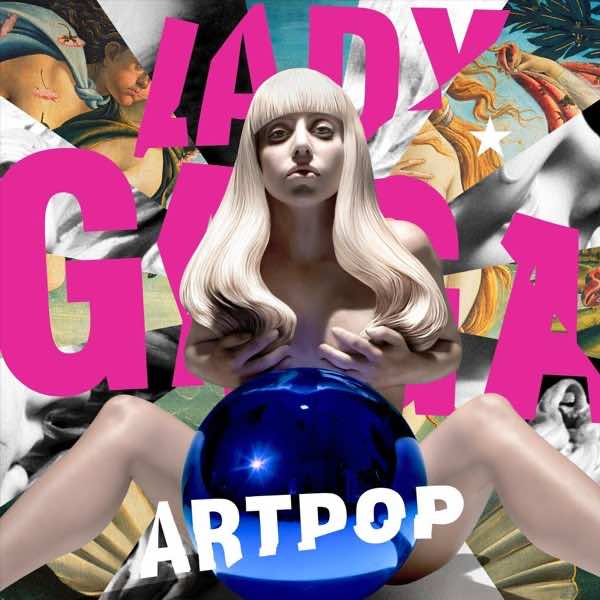 I was never a massive fan of ‘Born This Way’ so on the release of Artpop, to be honest, I wasn’t feeling to optimistic. Luckily Gaga had got all the craziness of Born This Way, out of her system, if that’s possible, and took a more welcome return to writing some solid pop hits. Let’s not get ahead of ourselves though, it’s still very much arty GaGa but she has toned it down enough to let her songwriting take more of the limelight rather that it be overshadowed by her artistic crazy side. Latest single from the album ‘Do What U Want’ could actually be one of her best songs to date and tracks such as ‘Venus’ and ‘G.U.Y’ could easily be dance floor hits. Other tracks on the album experiment with everything from stomping electro ‘Mary Jane Holland’, trap/swag ‘Jewels n’ Drugs’ and there is the albums standard ballad – ‘Dope’. This feels more like the album that should have followed the Fame Monster.  Thankfully not quite as arty as the name suggests and a quality album from mother monster! 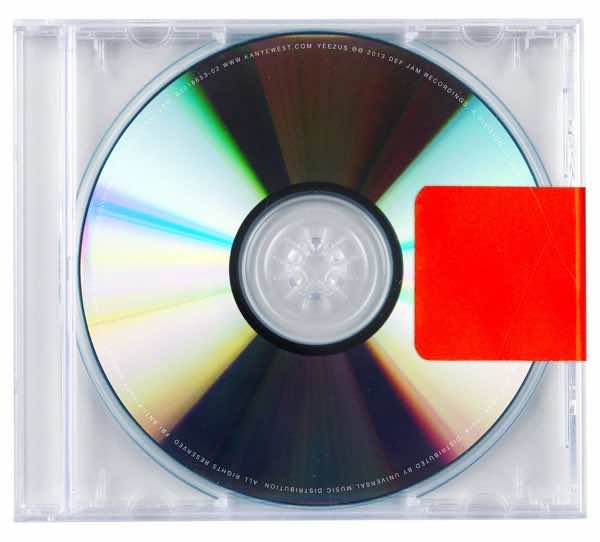 Stop messing with my head Kanye! One minute I’m in to ‘Yeezus’ and next It’s just too much for my brain to process . The one thing it’s done though is bought me back time and time again. It’s on the edge of insane and genius and for that it must be listed as one of 2013’s top albums. The more I listen the more it’s genius. By far Kanye’s most experimental album, it has twists and turns throughout as Kanye experiments with brash production, unique use of samples and some just plain weirdness. Lyrically Kanye comes as hard as ever and, although we have few lighter moments, we mainly have Kanye as his ranting best even down to demanding croissant’s. Yeezus is definitely an experience no hip-hop fan should pass up! 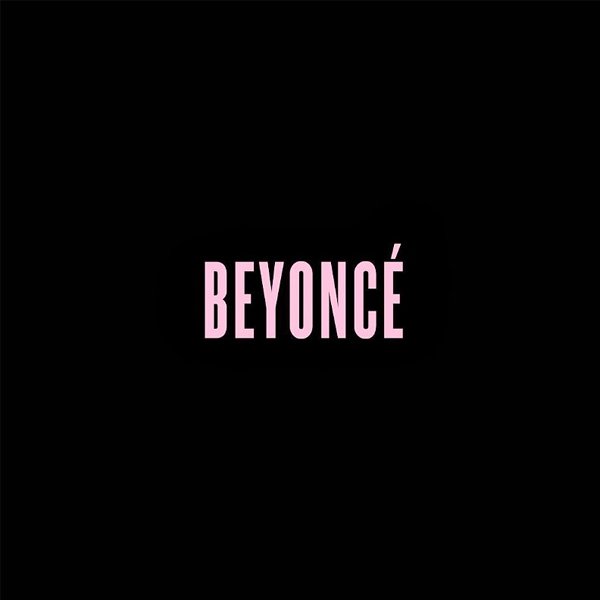 Queen Bey surprised the world this month by dropping her new self-titled album on iTunes without any warning what-so-ever. Craziness! With only a few weeks listen, this album has crawled it’s way into my top 10 chart as Beyonce brings us what is probably her most personal album to date. Long gone is Sasha Fierce and hello to the real Beyonce Knowles-Carter. This album takes us up-close and personal like never before as we delve into her life as a mother, as a wife, a lover and as performer. The album seems to stray away from the standard pop bangers formula and seems to focus the music more around the mood and context of the lyrics, bringing us a whole new Beyonce sound to what we have previously heard. A brave move but one that has been executed with perfection.  Bow down bitches!

Some of you may not be familiar with New Years Day but this is one band I’m pretty sure you will be hearing a lot more of in the next 12 months. Over the years their sound, and image, has evolved quite considerably from being a bittersweet pop-punk outfit to a now heavier, angrier sound with lead singer Ashley Costello turning from the cute girl next door to the new pop-punk/emo goddess queen. Full of passion, revenge and gore, Victim To Villain grabs you by the throat and, as it’s title suggests, tells the story of a victim of heartache taking their revenge to the extreme to become the ‘villain’ themselves. If you were a fan of the early My Chemical Romance stuff and Paramore this is one album you don’t want to miss. Got this in June and it’s been on my iTunes playlist ever since!

The Haim sisters were under quite some pressure with their debut album after the hype created from the EP’s. Luckily they nailed it and gifted us with 11 tracks of indie-pop bangers full of jangling guitars, beautiful harmonies and 80s rock’n’roll nostalgia. Haim sure know how to write a good tune and ‘Days Are Gone’ is full of hits from the awesome harmony infused ‘Falling’ to the rocking ‘The Wire’. A solid debut and a worthy addition to this years top list! Need I write more? Just go get it already! 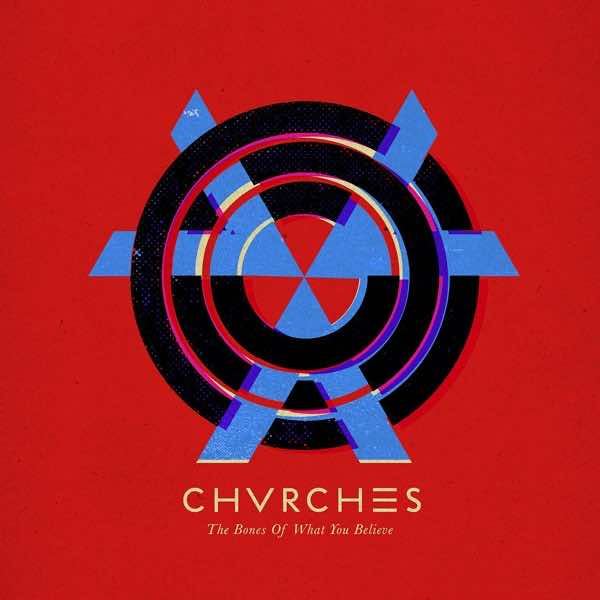 2) Chvrches – The Bones Of What You Believe

With the mixture of Lauren Mayberry‘s angelically sweet vocals and the dream like pop/synth soundscape created by Iain Cook and Martin Doherty, this debut offering from Chvrches fills your senses with atmospheric songs of heartache and revenge bringing back that 80’s vibe that conjures up visions of Depeche Mode, Erasure and Cyndi Lauper. For a debut release the songwriting is way beyond the bands years and the album takes you on an  incredibly uplifting journey, despite some tracks darker lyrical content – “Ill be a thorn in your side till you die. Ill be a thorn in your side for always” – If you have yet to catch on to Chvrches stop wasting time and get involved! Incredible album!

Having yet to check out the band, and reading constant Facebook status’ from friends raving about how good this album was, I finally caved into the hype, quite late I may add, and can honestly say from the first listen I was hooked. From the bass heavy anthem that is ‘The City’, the ultra catchy, head bobbing ‘Chocolate’, to the prince-esque sound of  ‘Girls’ the album is full of back to back electro indie-pop to get you dancing and pressing that repeat button until your fingers bleed. The 1975 have really captured something special with this album and with it’s mix of simple yet catchy guitar riffs, atmospheric synth and samples, and the superb vocals of Matt Healy, the whole album has it’s own unique warming sound that makes it stand way out from the pack. If you have yet to jump on the 1975 bandwagon I highly recommend  you do! A well deserving winner of my album of the year.