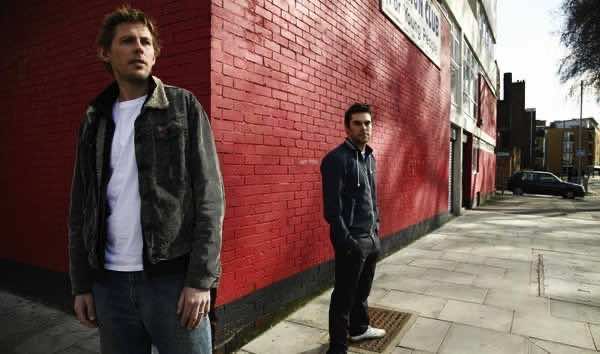 Take the best event you went to last year and double it. Now add in a great crowd, plenty of costume and dance heavyweights, Groove Armada and double it again. The result is The Summer Masked Ball in Porthleven, Cornwall.

Of all the events and festivals (both on home soil and abroad) we went to last year, the May Masked Ball was up there as one of the best. Everything about it, from the friendly (and somewhat crazy!) crowd to the plethora of entertainment available screamed fun. Tunnels and slides into tents? Check. UFO and Igloo dance arenas? Check. Actors and dancers in costume throughout? Check.

Just when we thought that things couldn’t be topped, the 2014 line-up was announced. The event on the 3rd May (with a chill out “Sunday Service” day hosted by Rob Da Bank on the 4th May) promises a “raft of improvements” to the usual high end production and boasts an eclectic line-up that includes the likes of Groove Armada, Shit Robot, Cuban Brothers, Horse Meat Disco, Marcus Marr, Trojan Soundsytem, Dreadzone, DJ Format, Electric Rescue, John Askew and Panda.

“Jazz, funk and rare groove maestros Jelly Jazz will be running the funkiest club south of the North Pole in The Soul Circus Tent, featuring a massive 12-hour line up heavy on the groove.”

Ticket prices have gone up on last year, but only slightly. This is due to a lower capacity (to enable more space to roam) and vast improvements to the safety & security team and of course, the improvements we’ve already mentioned, including the line-up.

VIP camping is back again for those preferring to chill in style, including access to hot showers and plush toilets.

Masked Ball director Kelvin Batt said: “With a great team of creative party engineers, you can be assured you’ll be in for some awesome surprises which is what the Masked Ball is all about. It’s not a festival, it’s not a concert; it’s a ball, and we aim to give you the best 12 hours of 2014.”

For more information and tickets, go to www.maskedball.net

The Summer Masked Ball takes place on Saturday, May 3, at Beacon Crag, Porthleven, TR13 9LA, from 6pm to 6am.

In this article:Cornwall, festivals, Groove Armada