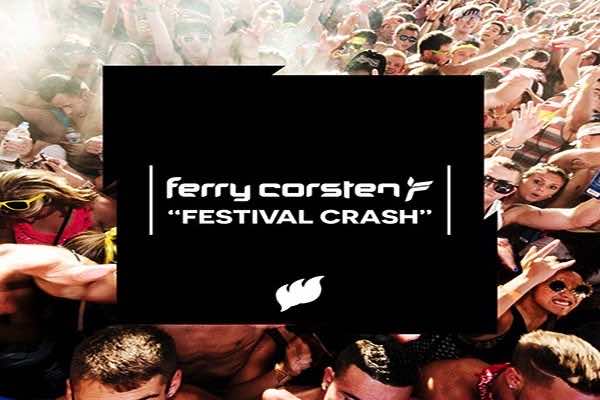 Source: Get In PR

The awesome producer, DJ, pioneer, and innovator Ferry Corsten has just released his new single ‘Festival Crash’, and it is full of those amazing beats and thumps that puts you in a trance and makes you want to get out on the dance floor. This new track is out now on Flashover Recordings via Beatport, which also includes a huge Jacob van Hage remix.

After one day, ‘Festival Crash’ already entered the Beatport chart at #22 and climbed an impressive 16 spots to #6 the day after. ‘Festival Crash’ revisits one of Ferry’s biggest summer anthems of the past decade, turning it up a notch with a massive 2014 sound!
To sweeten it up, the release has had huge support and with plays from Armin van Buuren, W&W, Andrew Rayel, R3hab, Cosmic Gate, Markus Schulz, New World Punx, Giuseppe Ottaviani, Faruk Sabanci and many many more! It’s no surprise that this track has done so well, Ferry Corsten has revolutionised the Dutch trance sound, a dance music genre that has touched every corner of the globe.