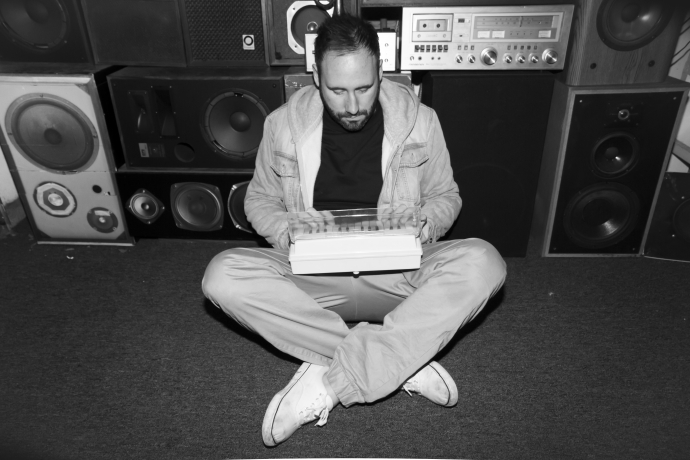 Doorly is no stranger to House music fans around the globe. Living in LA, spending the summer in Ibiza and travelling the whole world for sets, he is in demand much more than ever. Doorly will be taking a break from his usual festival and big club performances to play a unique set in a small, 300 capacity venue called The Attic in Torquay Devon, as part of the Nocturnal Events summer series. Hit The Floor catch up with him ahead of the set, to see what we can expect to hear.

HTF: So, what are you currently up to?

D: I’m in Ibiza and have a day off from gigs today, as I have a crazy week next week. I’m currently getting a bit of studio time in and some personal time before things kick off.

HTF: You are releasing a lot of songs at the moment, can we expect even more?

D: For the first time ever, I pre-empted a busy summer and created most of my tracks before I left LA. I have something for every month. This week I have a collaboration with Dino Lenny coming out, and a 2-track EP being released on Hot Creations up next. In September I have another EP being released on Cajual records, as well as another collaboration with Cajmere/Green Velvet, a remix for Carl Craig, a remix for Eric Morillo and finally a remix of a Jimi Polo, Piano House classic, called Better Days.

HTF: Talking about your collaboration with Cajmere/Green Velvet, how did this come about?

D: I’ve always respected Cajmere as a DJ and we met through DJ’ing, like kindred spirits. He influences a lot of what I do and we have similar styles which merge perfectly when we work together. He gives a lot of useful feedback to my tracks when I release on Cajual Records, and I’m looking forward to our next collaboration being released in September.

HTF: Can you tell us more about your club night, Shelter?

D: It’s a new night at Sankeys headed by myself as a resident. We’ll see the likes of Shadow Child, Jaymo & Andy George, PBR Streetgang, and more join me on Fridays, making it the official after party for the massive W.A.R night at Ibiza Rocks.

HTF: How do you think Ibiza has changed in recent years?

D: There’s the big EDM boom at the moment, and the whole Dub-step thing happened for a while, but as it has become more popular for people to go to Ibiza, the island hasn’t lost its roots, and now there is something there for everyone. Whether you want to hear big room bangers, or hit an underground club.

HTF: You are playing in The Attic, Torquay on 8th August for Nocturnal Events. Are you looking forward to it?

D: I really enjoy playing small, underground clubs. I’m from Huddersfield so played for a while in intimate venues where the crowd are unspoilt. I feel people really respect the music more, where as in a big city the crowd have seen it all before. It’s nice to have a night where I’m not on the bill with six or seven other big names.

HTF: What can people expect from your set?

D: I’m playing Boardmasters before, so it will give me the chance to get the bangers out the way and focus more on some of the new stuff I’ve been working on, testing new records and seeing where I can take things with the crowd.

HTF: Do you have any tips for aspiring DJs out there?

D: If you’re going to spend any time doing anything, make sure you learn how to produce your own music. It’s not so much about being a DJ any more. To break through you have to have a record, even if it’s just a remix. You can play to 1000 people every night of the week, but release a track and thousands will hear it and know your name.

Also, be nice to everyone. Don’t become an absolute wanker once you’ve picked up a copy of Traktor. I’ve let people play at my nights and they’ve turned up just to do a load of Mandy and act like a dick. They will never play for me again. If you respect those around you, including promoters, they’ll help you get to that next level.

HTF: Any finally, what are your top 3 tracks at the moment?

Gene Farris – The Way To Go

Doorly will be playing at The Attic, Torquay on 8th August 2015. Tickets are available at Nocturnal Events