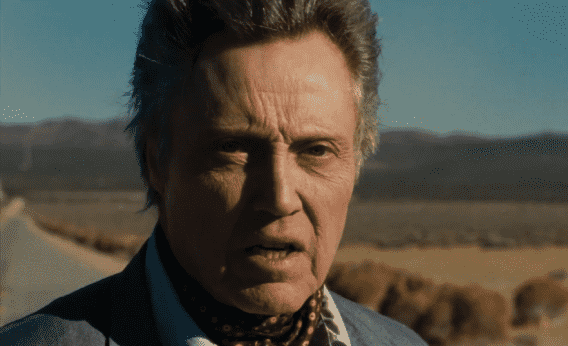 Good news for musical lovers out there because veteran actor Christopher Walken is returning to his roots and will be all singing and all dancing following his casting as Captain Hook in an upcoming musical TV version of Peter Pan.

Walken was first brought to prominence in the seventies as Ronnie Walken on television and was cast in various musicals, so it will be something of a return to the good old days for the actor. He recently stated: “It’s wonderful after all this time, at this point in my career, to be in this classic musical I watched as a child, and to work with Neil Meron and Craig Zadan again after Hairspray. It’s a chance to put on my tap shoes again.”

NBC entertainment chief, Bob Greenblatt has also expressed his excitement:“He’s one of the most unique actors in our business. He might really just be a song-and-dance man at heart.”

Walken will play Captain Hook, one of the most famous baddies in all of literature, who, along his crew, act as the antagonists to Peter Pan, Wendy, John and Michael. The casting of Pan hasn’t yet been decided, but producers are apparently looking at casting a female lead, something never before done on TV or film. Actress Kristen Bell was originally approached to play the role, but has had to turn it down due to a scheduling conflict.