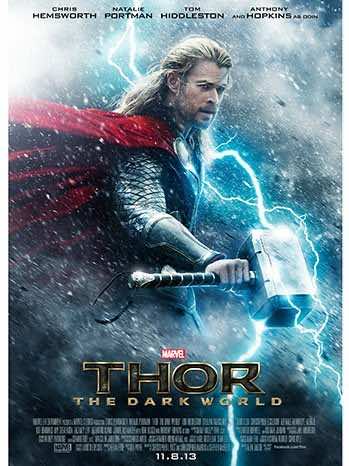 Marvel have revealed the official trailer for the second part of the Thor saga, ‘The Dark World’. The film is scheduled to be released on November 9th, 2013 and features Chris Hemsworth in all his glory, battling through the 9 realms once more. This time he meets some new villains played by Christopher Eccleston and Adewale Akinnuoye-Agbaje while striving to protect the lovely Natalie Portman. Also making an appearance in Thor’s second adventure is Idris Elba, Zachary Levi, Jaimie Alexander, Rene Russo, Anthony Hopkins and Tom Hiddleston.

In this article:Thor, Thor The Dark World