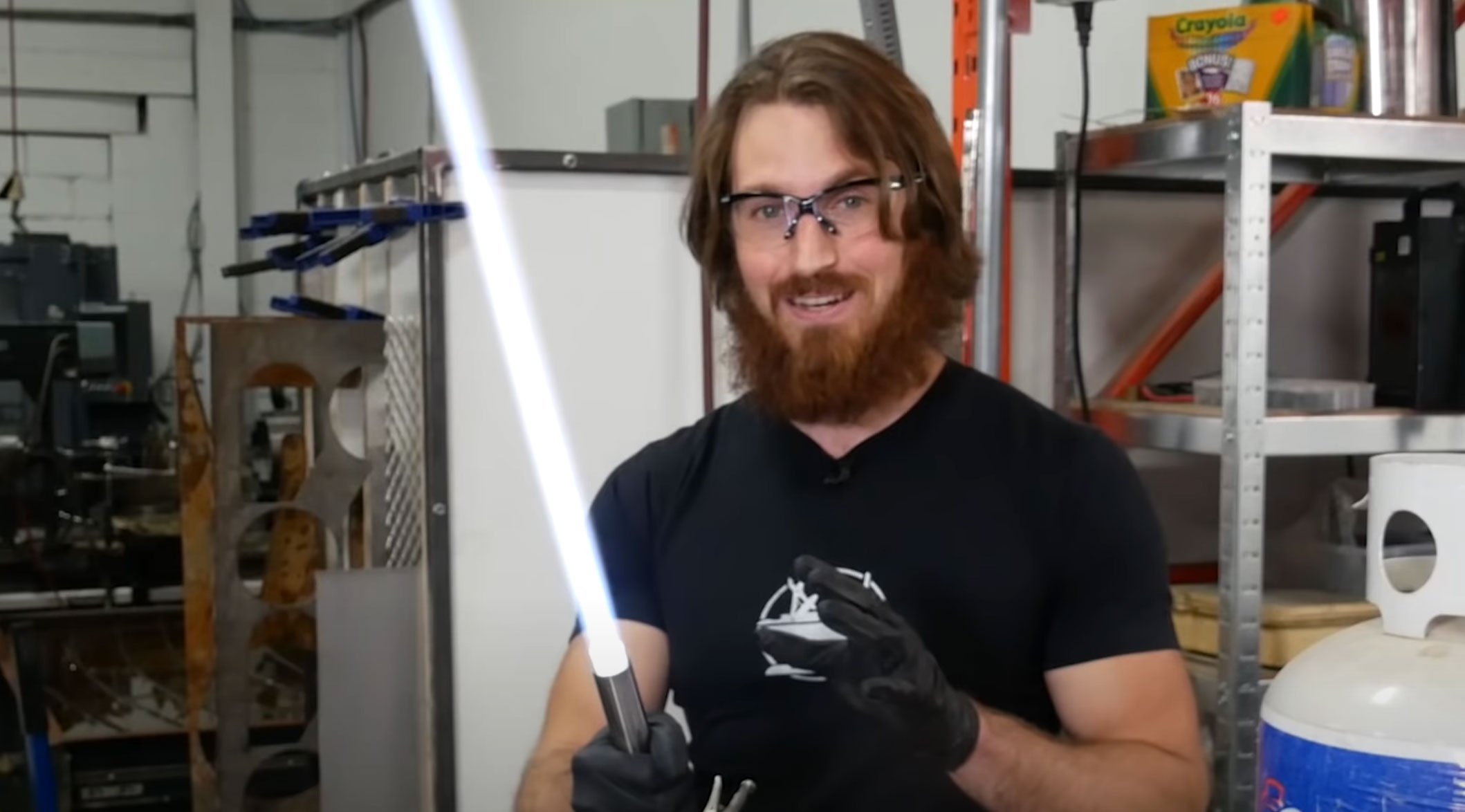 A YouTuber by the name of The Hacksmith has just built the world’s first retractable, plasma-based lightsaber, and it’s insane.

James Hobson, the man behind the channel, has been trying to develop the famous Star Wars lightsaber for a while now and this is by far his closest effort. His previous models relied on a metal rod, which did the trick, but didn’t quite have that lightsaber feel that the fans craved. This updated beast now has a plasma beam that burns at 4000 Fahrenheit, it’s fully retractable and it can even change colours using different chemicals. This is some serious shit!

When you realize THE LIGHTSABER VIDEO IS OUT FOR MEMBERS AND PATREON SUPPORTERS RIGHT NOW!!! Don't worry, if you can't help support our crazy projects right now, the video will be public tomorrow at 4PM EST!

Currently it has to run from a power pack due to the pure amount of energy required, but maybe with the evolution of batteries in the future he could scrap that and have it all in the handle.

Don’t get too excited though, as the chances of you ever owning one of these is slim to none. This thing is lethal. It can cut through a steel door!