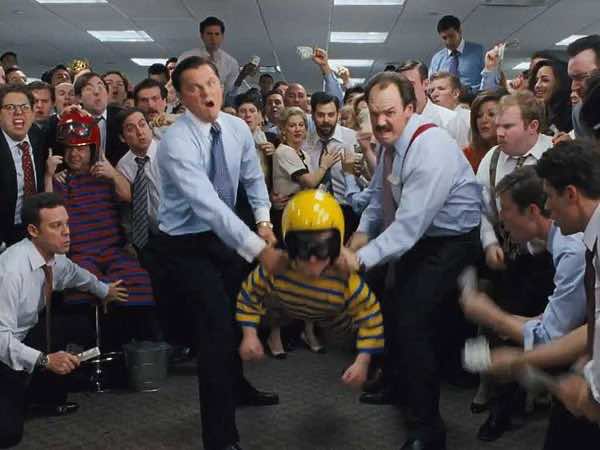 Martin Scorsese‘s Oscar pitted ‘The Wolf of Wall Street‘ has come under scrutiny for scenes of accused animal abuse. An animal rights group are calling for a boycott of the film that sees Leonardo DiCaprio acting alongside a roller-skating monkey.

The organisation, Friends of Animals, say that Chance the chimp may have suffered from permanent psychological damage from the experience and activist Edita Birnkrant is planning to confront Scorsese and DiCaprio at tomorrow night’s New York premiere.

Birnkrant says the chimp is likely to suffer negative and neurotic behaviours and an inability to socially interact with others of its kind.

‘The Wolf of Wall Street’ is the movie adaption of the Jordan Belfort biography. A black comedy centered around the notorious law-breaking stock broker that made millions in fraud in the 1990s. He spent two years in prison and was ordered to reimburse investors over $100 million when he was finally caught.

At the height of his crimes, Belfont developed a hard-partying lifestyle, but his real-life partner has denied suggestions a chimpanzee was ever present. Danny Porush, who is portrayed by Jonah Hill in the movie told Mother Jones magazine: “There was never a chimpanzee in the office.”