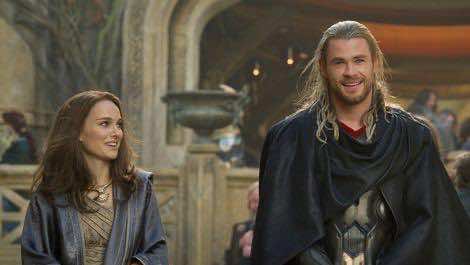 Being released in October, you would have thought director Alan Taylor would have been adding the finishing touches to Thor: The Dark World. You thought wrong! Taylor has admitted to Collider that he will be working up until the last minute!

Taylor stated, “We’re almost done cutting, primarily because we have so many visual effects that eventually you have to take your hands off it and let them do their magic. But we’re literally shooting some things this week, Anthony Hopkins is in town so we’re continuing to do what Kevin Feige calls ‘plus’ the movie, so there are new scenes being added even now, so if there wasn’t a release date we’d just keep on making it better and better.”

When asked whether there will be more screen time for the supporting actors, Taylor replied, “We’re adding scenes, writing new ones and we shot a fun connective scene with Tom Hiddleston recently, because we realised how well Loki was doing in the movie and we wanted to do more with him. And boy do the fans love it!”

Loki Fans will be delighted to know that the misunderstood beta brother will have more screen time than we have seen in the trailers thus far.

Thor: The Dark World will reach UK screens on October 30th before heading on over to the USA on November 8th. If you want to hear more from Taylor, check out his exclusive interview with Collider here!