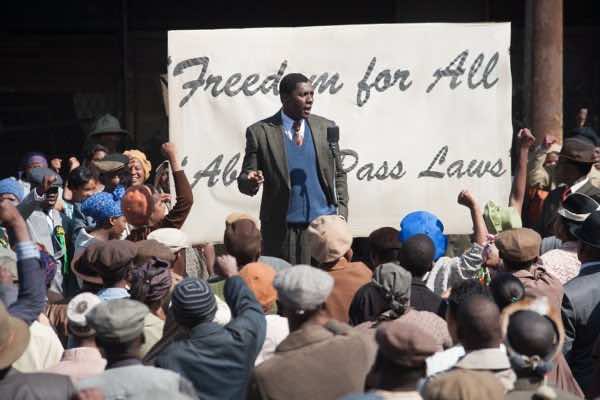 Yesterday saw the memorial service of the most loved person of our generation. Nelson Mandela‘s actions ended apartheid and brought a divided country together. His incredible life saw him go from lowest of the low to great heights. Prisoner to President. All the while doing what he believed and knew to be right. “Oh my god, Paul Walker crashed his porsche!” Mandela changed history.

The left wing activist, who was a political prisoner for 27 years before being made president, changed all aspects of South African society. This includes the the film industry. The end of apartheid opened up South Africa to both over seas productions and home grown film makers. In recent years, the country has grown it’s production infrastructure: establishing production incentives in 2004, and opening the cutting edge Cape Town Film Studios in 2010.

South Africa and even Mandela himself have been used as both a story and a setting for many overseas productions. Morgan Freeman played the affable president in Clint Eastwood’s 2009 drama ‘Invictus‘ and the country’s deserts have even been a post apocalyptic Scotland in the 2008 British Sci-Fi ‘Doomsday‘ (They drive on the left over there).

South Africa’s own directors have also been making waves over here. Native director Gavin Hood won the 2005 Academy Award for Best Foreign Language Film with his street thug adaption ‘Tsotsi‘. More recently in 2009, backed by ‘Lord of the Rings’ director Peter Jackson, Neill Blomkamp made his Johannesburg Sci-FI ‘District 9’ that catapulted lead actor Sharlto Copley into Hollywood. Copley has gone onto star in ‘The A-Team’, ‘Elysium’, and ‘Oldboy’

Hollywood still dominates the South African box office however, with local productions counting for less than 5% of annual revenue. A number that has recently risen to 11% as of last year.

As a country with 11 indigenous languages, it is often hard for films to scan across the whole of South Africa. Many agree that South Africa’s filmmakers need to express their stories beyond the country’s borders. “The apartheid years made South Africa very insular,” Nico Dekker, CEO of Cape Town Film Studios “The task now is to (continue to) find stories that will resonate around the world.”

South Africa’s former leader has given them one hell of a story to tell. ‘Mandela: Long Walk to Freedom‘ is the latest in a long line of films depicting Nelson Mandela. It stars Idris Elba as the political prisoner in question and is based on the man’s own autobiography. The movie is the biggest South African production ever with a budget of $35 million.