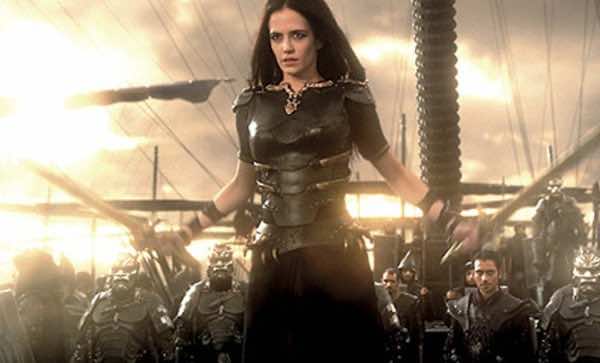 A second full trailer has just been announced for the upcoming 300 sequel 300: Rise Of An Empire.

With the plot previously being announced as a prequel, mid-quel and sequel to 300, in this trailer we get to see more of what is expected from the follow-up to Zack Snyder’s 2007 cult hit.

We see more of Eva Green as Atemisia who is a young Xerxes’ (Rodrigo Santoro) commander when he joins the navy at a young age to help deal with the death of his father. He begins dabbling in dark powers and eventually becomes the god-like creature that we see in 300.

The sequel element then comes into effect when Xerxes, after conquering Gerard Butler’s King Leonidas and his 300, has to battle against Themistokles (Sullivan Stapleton). He swears vengeance upon him in Leonidas’ widow Queen Gorgo’s (Lena Headey) name and takes another army to fight the Persians who having taken over Greece.

Director Noam Murro has also discussed the magnitude of the film saying “If you took 300 and you zoomed up, you get this movie. It takes place about the same time; it’s just bigger and just gives a different scale and scope to what happened historically.”

Featuring battles both on land and this time at sea as well, Rise Of An Empire has an awful lot to live up to given the success of its predecessor. With the stylised graphics and look of the movie sticking to the original formula, it seems to have every chance of doing so as well.

Its released in the UK on March 7th next year and the trailer is below: