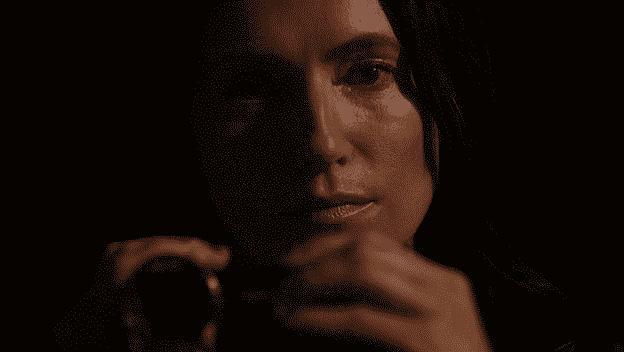 With her new film, Darkness Descends, having been released exactly one month ago today, HTF caught up with the films star Kinga Phillips for a chat.

HTF: How are you today?

KP: Just about ready to go for a surf…so Im doing great.

HTF: You’re new film Darkness Descends is out now. If you had to sum it up in one line why people should watch it, what would it be?

HTF: What where your first thoughts on the script when you were given it?

KP: I loved the fact that the story was based on real events. I also loved Chelsea. She was a blend of curious, tough, vulnerable and witty.

HTF: Did you find that your background as a journalist helped you more easily to take on the role of Chelsea, the documentary film maker?

KP: Absolutely. My journalism experience is the best acting class I’ve ever taken. It nurtures the innate curiosity most of us have. As actors, we are observers of humanity. In this case it was invaluable as Chelsea and I had a lot in common.

HTF: Where you even able to give the director tips as to certain actions an investigate journalist might take in certain scenarios in the film?

KP: Marc is a great director and needed little help from me. Plus, Chelsea is as much a curious girl as she is a seasoned documentary film maker. Her choices and process aren’t necessarily the most textbook….but, then again, in the world of investigative journalism you follow your instincts more than anything else.

HTF: What was your favorite scene to film?

KP: I loved working with Michael Walton who played Skeeter. He is such an amazing actor and most of his dialogue is improv so it really keeps you on your toes.

KP: I had a torn LCL in my knee during filming. I actually have a knee brace under my jeans in every scene. So the scene where I get attacked by Ajax and have to run away was incredibly painful. It was the first time I had run in over a month.

HTF: Are there any funny tales from onset?

KP: Skeeter eating a real onion while in character was pretty impressive.

HTF: What do you have in line for your next project, be it with or away from the camera?

KP: I have a few films coming out: The Mourning, 6 Ways to Sundown and Born Free. I am also a presenter for Travel Channel so I get to travel to exotic places for exciting adventures. Im feeling very grateful these days!

HTF: To finish, if you had to use a type of food to describe yourself, what would it be and why?

KP: Funnel Cake. One can only be happy when eating funnel cake.

In this article:Darkness Descends, Kinga Phillips