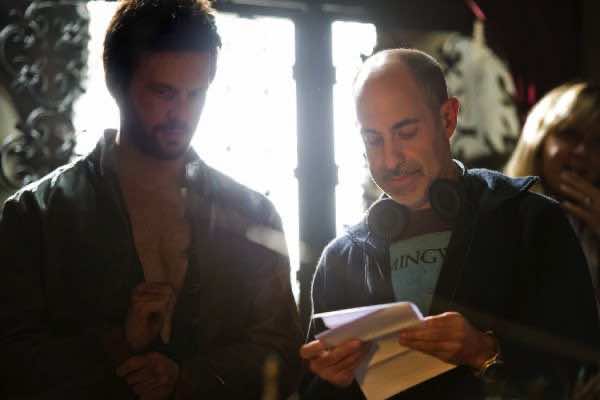 David S. Goyer is something of a guru when it comes to adapting comic books in to movies. He has had ties to both Marvel and DC Comics adaptations in the past with writing and directing credits for The Blade Trilogy, the Ghost Rider films, The Dark Knight Trilogy and the recent Superman reboot, Man of Steel.

With the incredible success that Disney and Marvel have been having with their Marvel Cinematic Universe, the emphasis is now on Warner Bros. and DC Comics to show their hand. It is thought that they will try and outdo them with the much awaited Justice League movie and stand-alone Superhero origin stories leading up to their very own version of Avengers Assemble.

Goyer, who is writing the highly anticipated Batman vs Superman has has been speaking to IGN and discussing what is actually going on behind the scenes: “It’s too early. I know that Warner Bros. would love to make their universe more cohesive. There have been a lot of general conversations about that, but it’s really, really early. I’m not sure. Marvel has had enormous success, but I’m not sure that everybody should try to emulate them either. It’s just been vague conversations so far.”

So it seems that the studio is in fact not as keen to emulate Disney and Marvel as first thought. However, with the announcement that Batman, Superman and Wonder Woman will all be in Man of Steel 2, something is definitely on the horizon for the not-too-distant future.

In this article:David S. Goyer, DC