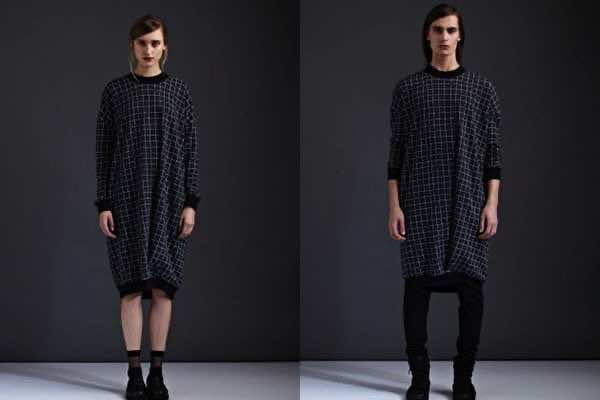 It seems like the line between mens and womenswear is becoming thinner and thinner with new unisex clothing popping up in the fashion world. Kristi Paras has launched e-commerce for her West Village shop Personnel of New York which includes the categories Menswear, womenswear, Accessories and Everyone meaning both men and women. Many of the pieces are loose fitting and cut away from the body Paras said “It’s part of the whole movement towards easier dressing,” adding “An awful lot of stuff in our store comes in one size.”

So although this is a new thing Paras is sure to mention this is not trend, seeing as unisex clothing is becoming more and more popular over the years through high street clothing and on the catwalk. Gender roles are evolving via many platforms, the runway being one of them since J.W Anderson putting men in skirts and Rad Hourani signature being unisex couture.

“It doesn’t make sense to me to limit things. I’m not trying to dress a man like a woman or the opposite. I’m creating a new way of dress that makes people look modern without any limits.” Hourani said, after stating “Who decided that a man should dress in one way and a woman in another? Or that different ages should dress differently? Who imposed these codes?”

Could this really be the next big movement in fashion or something that will take a stand still, seeing as there will be women who want to be feminine alongside men who want to be masculine. As much as we try and challenge genderised norms, can fashion make the impact it is trying to?