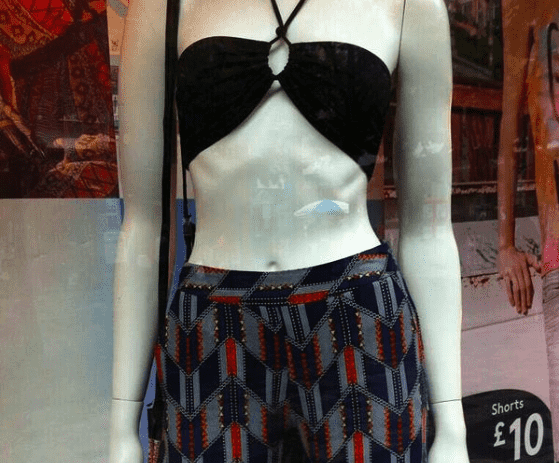 Primark have come under severe criticism after a shopper identified a mannequin with protruding ribs at their Glasgow store and raising her concerns through Twitter. ‘Dear @Primark, is it really necessary that these new mannequins have protruding ribs?? pic.twitter.com/xEWSBrsZWw’, Melfyx tweeted after seeing the mannequin. Quick to respond, Primark replied with: ‘@Melfyx Mel, thank you for bringing this to our attention. We’ll speak to our team tomorrow. Can you let us know what store this was pls?’

Although the offending mannequin has been removed, it seems the damage has already been done, with many questioning why it had even managed to appear in the store. In a series of comments generated by the photo, Primark further inform consumers that this was a mistake in error, explaining that: ‘@Melfyx We’re currently changing our window displays. The mannequins you describe will not be used in this way again.’