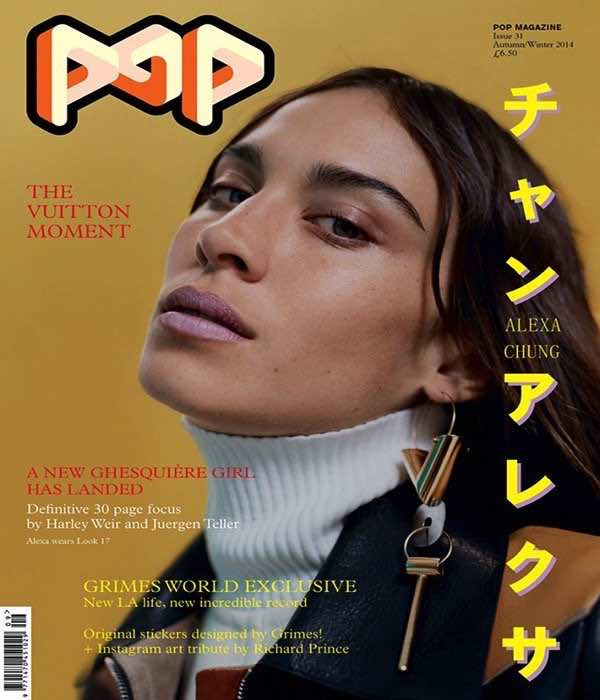 It’s almost as if Alex Chung is unrecognizable on her two covers of Pop magazine for fall 2014. Considering she has a signature “it” girl look, she traded that look for a messy and high fashion style wearing outfits from the autumn collection of Louis Vuitton designed by Nicolas GhesquiÃƒ¨re. Alexa Chung can also be seen in a recent photo shoot for The Edit by Net-a-Porter.

For those of you who have a such a huge amount of distain for the fedora, well, YouTube user skunk paste has uploaded a near-two minute tongue-lashing railing against those who don’t have the same type of affection fedora and those who make fun of fedoras and fedora-wearers.

In the video description he goes on bantering how much people think fedoras are dumb and says:“This video goes out to all the dumb ass haters and trolls online that say swag and yolo but then turn around and make fun of fedoras for no reason at all”.

He then goes on to say:

“Class is for men, and swag is for boys,” skunkpasteÃ¢â‚¬”who is clearly a man as marked by the presence of his shaving cream and razor on his sinkÃ¢â‚¬”explains with rage that is palpable in its rawness. Continuing to address the haters, who, according to our hatted hero sit online on their websites, we’re told that those who oppose fedoras simply aren’t cool enough to wear one. In fact, they’re swag idiots who walk around all day thinking “swag >>> class.”

In this article:Alexa Chung, Louis Vuitton