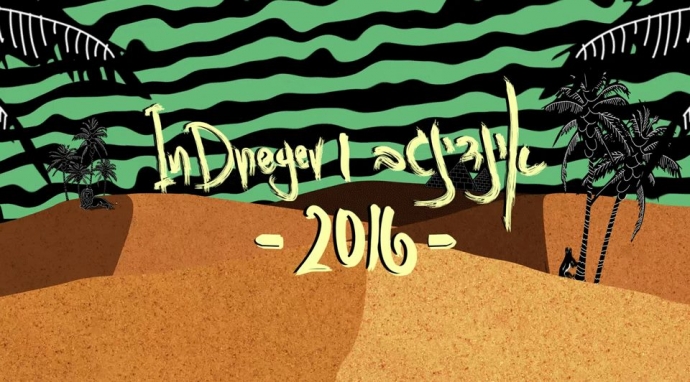 Before setting off on this trip, I knew next to nothing about Israel. My knowledge pretty much consisted of old religious buildings, the wailing wall and that it’s pretty much vegan capital of the world. When I was offered the chance to attend Israel’s largest independent music festival, InDnegev, obviously I was highly intrigued. When it came to my knowledge of music I’ve always felt pretty confident, but Israeli music?! I didn’t even know where to start. I decided instead of researching too much into it, I would dive unknown into the experience and make it that little bit more exciting. Would I soon be at the Israeli version of Glastonbury? Or would I immerse myself deep in a world totally out of my comfort zone?

The first thing you need to know about InDnegev is the festival is in the desert; the Negev desert to be exact. Hosted in a historical area around an old diamond processing plant, this is a far stretch from the muddy fields we are used to in England. No wellies required here; just lots of sunscreen and some cool sunglasses to stop sand going in your eyes. Oh, and watch out for those beetles and scorpions roaming around – no, I’m not making that up! 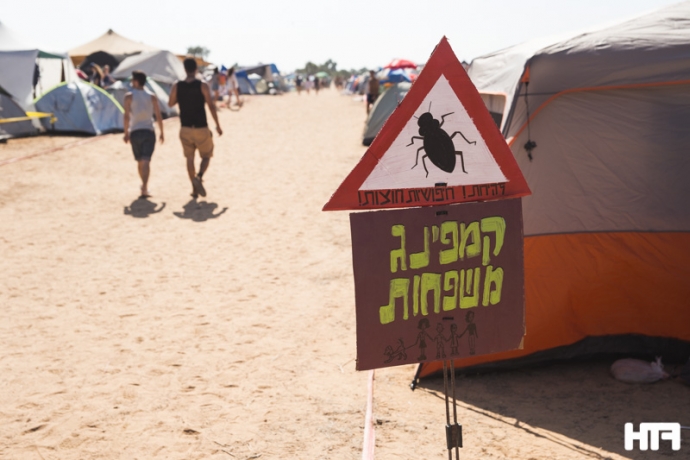 This year the event was celebrating its 10th anniversary. Started by a group of friends, with no experience of running a festival, InDnegev has grown from a gathering of mates into a five stage, near 10,000 ticketed event that, for the first time this year, was even broadcast live online via their own in the desert broadcast studio in a caravan. This is truly DIY event that has grown into one of the countries most important music dates of the year. 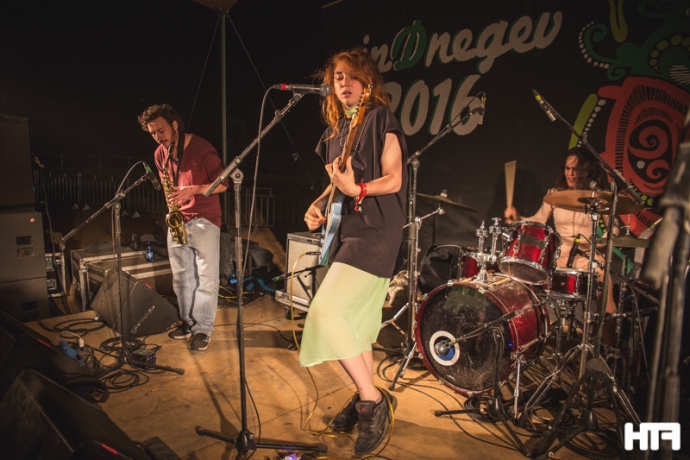 On checking out the first band on our list, it wasn’t long before all pre-conceptions of what we were to expect were shattered with the appearance of female punk/garage duo, Deaf Chonky. Thrashing and screaming as the crowd went absolutely ballistic, it was evident this weekend was going to be far from the realms of just traditional music. With influences from bands such as Crass and bands from the Riot Girl scene, Adi (Guitar/Vocals) and Tami (Drums/Vocals), were probably the most punk thing I have witnessed in a long time.

With crazy spoken word bridges, a stage invasion – which promptly got shut down by the police and even the inclusion of the track ‘Animals are Innocent’ by comedy vegan YouTuber John Sakers to finish it all off, the girls instantly became my new best friends and made us very excited for what was to come.

Luckily for us, there was no shortage of variety over the weekend to keep that excitement flowing. From the Purity Ring-esque sounds of Totemo who hypnotised the main stage, the upbeat ska of the aptly named Skarate Kid who got everybody’s feet moving on the Sunday morning, to Israel’s answer to Iggy Azalea, Karma She, booty shaking the InDtronix stage with her traditionally fused trap beats, there was never a dull moment. And you know what, it was actually really nice to go to a festival for once and literally know none of the acts. As someone who goes to multiple festivals every year, it can become really easy just to stick with the bands you know, and you can get a bit lazy. Being at InDnegev definitely brought back that excitement of discovering new music – thanks for that!

As we all know, though, the music is only one part of the festival experience so let’s discuss the food. As mentioned previously, Israel is known as one of the vegan capitals of the world with around 5% (13% if you include the vegetarians) of the population, choosing to chow down on animal alternatives. The fact that the first band we saw were vegan and the second were named Vegan Friendly, kind of says everything in regards to its impact over here. So, when it came to eating at InDnegev, it wasn’t difficult at all; well, once you got past translating the signs written in Hebrew. The food area was all in once place under a big tent and included options such as vegan hot dogs, burgers, and even Ethiopian dishes. So no matter what your eating, you’re going to have no issues at all. 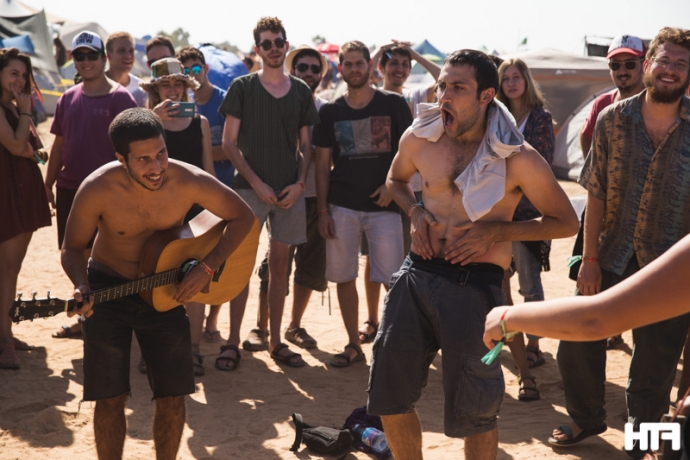 One of the other main aspects of any festival is the campsite experience. We had already been hooked up with hotels – yes, I know that’s cheating – so decided to have a walk around the camp anyways to get a feel of the general vibe. We were more than pleased to note that the age-old tradition of campsite rap battles was going strong even here in the desert. With a circle of maybe 50 people ramming one of the camps pathways, we watched guys & girls jump in and spit their best bars at each other while a guy on an acoustic guitar kept the beat. Did we understand anything anyone said? Nope! But the energy was enough to keep us more than entertained as the crowd cheered and screamed in excitement throughout. It seems the Israeli’s are as up for the party as anyone else.

Now being a festival in another country, it’s always worth looking at what else you can tie in with your trip. After all, if you’re going to travel that far you may as well take in the joys of the country while you’re at it. Not too far from the festival, you have the countries main two cities, Tel Aviv and Jerusalem. Two cities that could not be any more different. 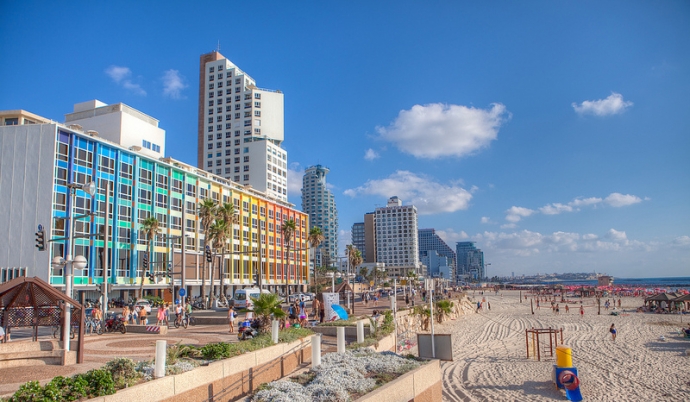 Tel Aviv, as quoted by my taxi driver when I first arrived, is known as the “city that never sleeps”. Well known for its vibrant nightlife and 24-hour culture, Tel Aviv is young, exciting, creative and the polar opposite of my original preconceptions of what Israel was going to be like. In some areas felt I was in Shoreditch with its graffed up walls and hipster feel. Yes, of course, there are still the old buildings and history, but Tel Aviv is certainly a growing and modern city; and also the financial and technology hub of Israel. Top all this off with some incredible beaches, and you really have something special. 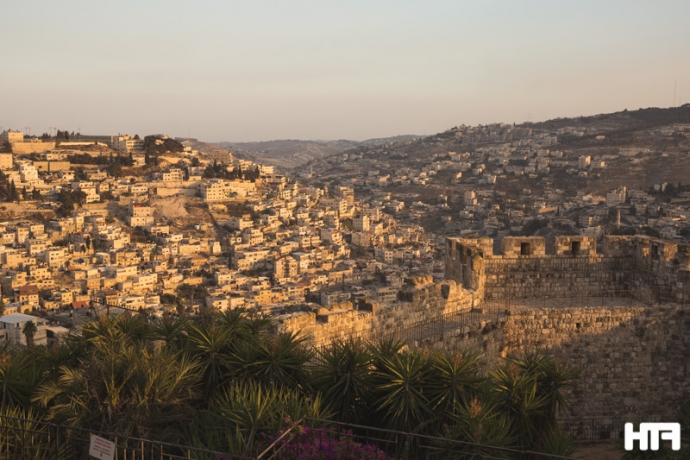 Now Jerusalem, on the other hand, is a whole different ball game. I think a lady in a cafe I met summed it up nicely by describing it as, “Disneyland for the religious”. You have all the big hitters in the religious world here, and it’s certainly one of the most interesting places I’ve ever visited. From witnessing the intensity of the western/wailing wall to walking the route of the crucifixion of Jesus’ himself, there is literally so much to take in that I’m kind of gutted I didn’t get to spend more time there.

Having extra’s like this to tie in with the trip really made it even more special. 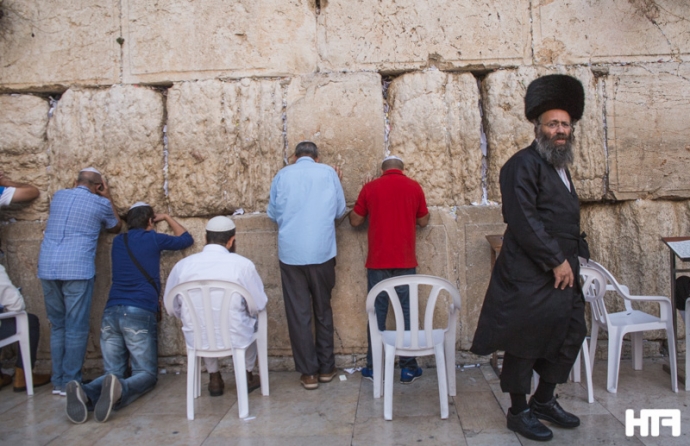 It seems Israel is in a great place musically at the moment with new record labels forming and independent music really grabbing people’s attention. When you consider the fact that InDnegev is the countries largest music festival and it’s completely independent, it says it all really. The scene almost feels a bit like the UK back a few years before it became so highly saturated; a time where people would really come out and support local music more. It was genuinely really refreshing to see.

So, if you fancy something a little bit different for festival season next year, and don’t mind a few bugs running around, then InDnegev should certainly be on your radar. Great bands, great people and a whole ton of history all around you. Oh, and a perfect excuse to catch some sun in October. Winter tan anyone? What more could you want!