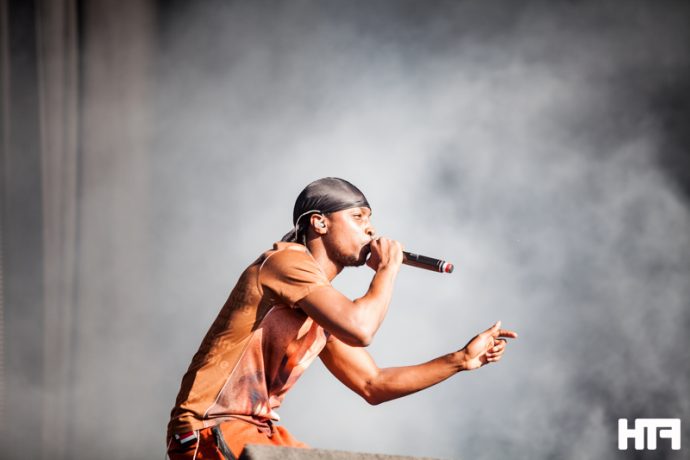 It was another successful year for Reading Festival as thousands of fans were treated to a weekend packed with music stretching across genres. Where the festival’s history has seen Reading mainly as a rock/indie festival, the past few years has seen a shift, making room for a progressive new wave of music fans; the grime and hip-hop crowd.

With the addition of the BBC Radio 1 Xtra tent back in 2013, the organisers have given a new and growing platform at the festival for the urban music community and allowed acts such as Wiley, Stormzy, A$AP Ferg, Pusha T and many others, the opportunity to showcase their music to a larger and more diverse audience at one of the UK’s most notorious music festivals. Not only has this brought a new crowd to the festival, but the decision has also played an important part in the growth of the UK’s urban scene. This year saw this scene’s popularity at an all time high as, at points, the sea of urban music fans almost outnumbered the regular crowd and highlighted a change of direction that could dictate the festivals future.

Due to grime’s roots in the poorer, high crime areas of London, it has had a tough time gaining mainstream credibility and, as a result of the preconceptions about the people who live in these regions, the genre has been unattractive for booking agents even to put on a single show for some of these artists, purely down to the feared culture the music would apparently bring. Having such a huge platform for grime at one of the UK’s biggest festival is a massive step up in its development.

At present, Wireless is regarded as the UK’s biggest rap festival with the likes of Jay-Z, Kanye West, Drake, Kendrick Lamar, and many others headlining over years. Impressively, grime collective Boy Better Know headlined this year’s Wireless Sunday slot, which was a huge achievement for the scene, but looking at it more closely, Wireless is more a fun day out in the heart of where the scene already resides rather than an important festival for music fans like Reading has always been.

Therefore when BBK played to a rammed crowd on the main stage at this year’s Reading, the performance was one of far more importance to their career than the romantic headline slot in North London. Also, the exposure from Reading’s partnership with the BBC and NME speaks for itself when grime has struggled to get any sort of mainstream coverage until recently.

If you take away the sonic element, you can understand why Reading would start to push grime and hip-hop. Both genres are known for their social commentary within the words and, broadly speaking, grime follows some very similar components to the punk scene; in the sense of the rebellious, underdog story of the people who have very little. It’s unexpected to see the festival go this way, but the core message behind rock, rap, grime and punk can be relatable to fans across genres.

It may have seemed that the culture of the festival had changed with the sea of Nike hats and pouches in the crowds, but at the heart of it all, the core rock fans still currently dictate the festival and will continue to do so. The festival seems to be going through a transitional change as it continues to stay current while still holding its values. We’re sure that in the near future we will see the 1Xtra tent having a larger capacity and the main stage allowing even more room for artists from the emerging grime and hip-hop scene.