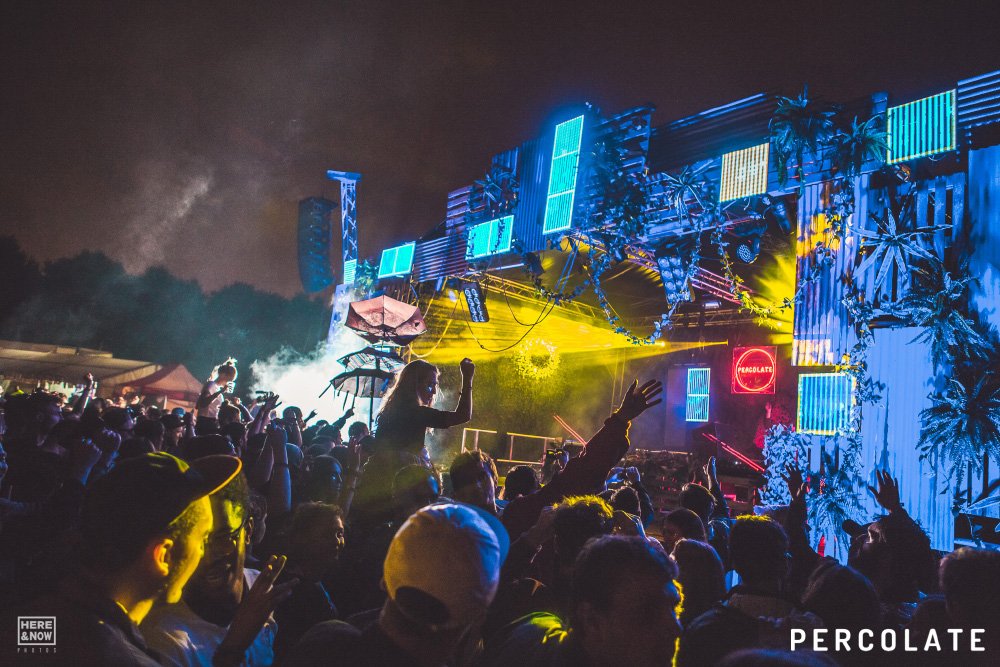 Percolate Open Air brought the party to Three Mills Island in East London recently. Despite the relentless rain and dismal weather outlook for the duration, Percolate proved that their party was one to have regardless.

Having recently celebrated five years of putting on successful parties across the country, inclusive of stage hosts at festivals in the UK and Europe, now was the time to raise the bar! Percolate has clearly far outgrown beyond the club level promoters that they started out as. Focusing on delivering a forward thinking line up, and going beyond the frills and fluff that make up most “festivals”, Percolate approached ‘Open Air’ quite simply as a party in a park.

The never before used site in East London sits within the grounds of an old working mill. Surrounded by the River Lea it is a surprisingly tranquil part of London. Upon arrival to the site, I was quite shocked I’d never heard of it, or seen it, considering I also live fairly close by. It’s easy to see why the organisers felt they had stumbled onto something special with this promising landscape.

The only fall back of the day, besides the rain, was the sound clash between the two stages; The Face, and The Unit. Sitting directly opposite each other on the circular site caused an uncomfortable clash if you found yourself in the wrong position. However, I will say as the day went on, there really wasn’t much to complain about in terms of the levels. As long as you weren’t walking between the two, or sat on the very edge it didn’t seem to pose too much of a problem. 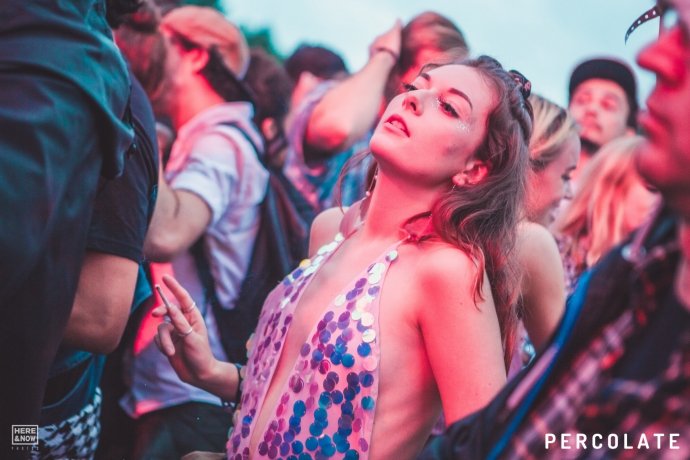 Sadly there was also a couple of pull outs on the street food vendors, which was completely out of the hands of the organisers. This left only two options on site, which lead to large queues at peak times. However, the offerings available between Earls Serious Sandwiching and the Lambassadors was top notch and I didn’t hear any complaints. 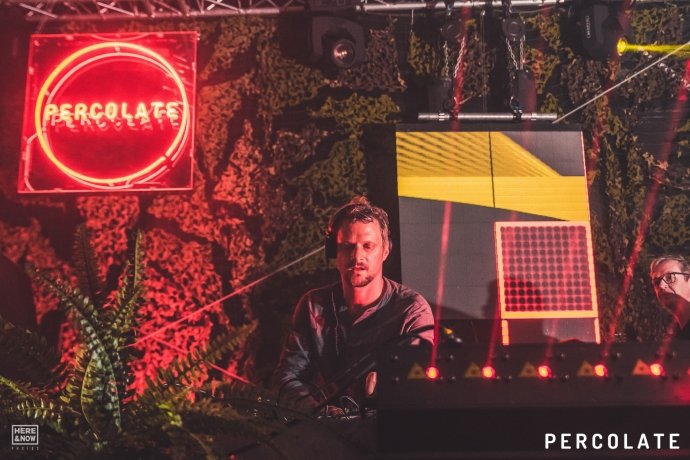 It comes at times like these where you witness the true British spirit to carry on going despite what adversities might lie in front of us. On this occasion, those adversities were the wonderfully unpredictable weather. The entire day was a washout. But it really didn’t seem to put a damper on the overall mood and vibe for the party goers that did decide to brave the rain. Call in for some last minute emergency ponchos and we’re good to go!

And in general, the people that aren’t phased by the weather make for the best crowd anyway. They are clearly there for one reason only, and that’s to have a party, and a bit of rain won’t stop that. 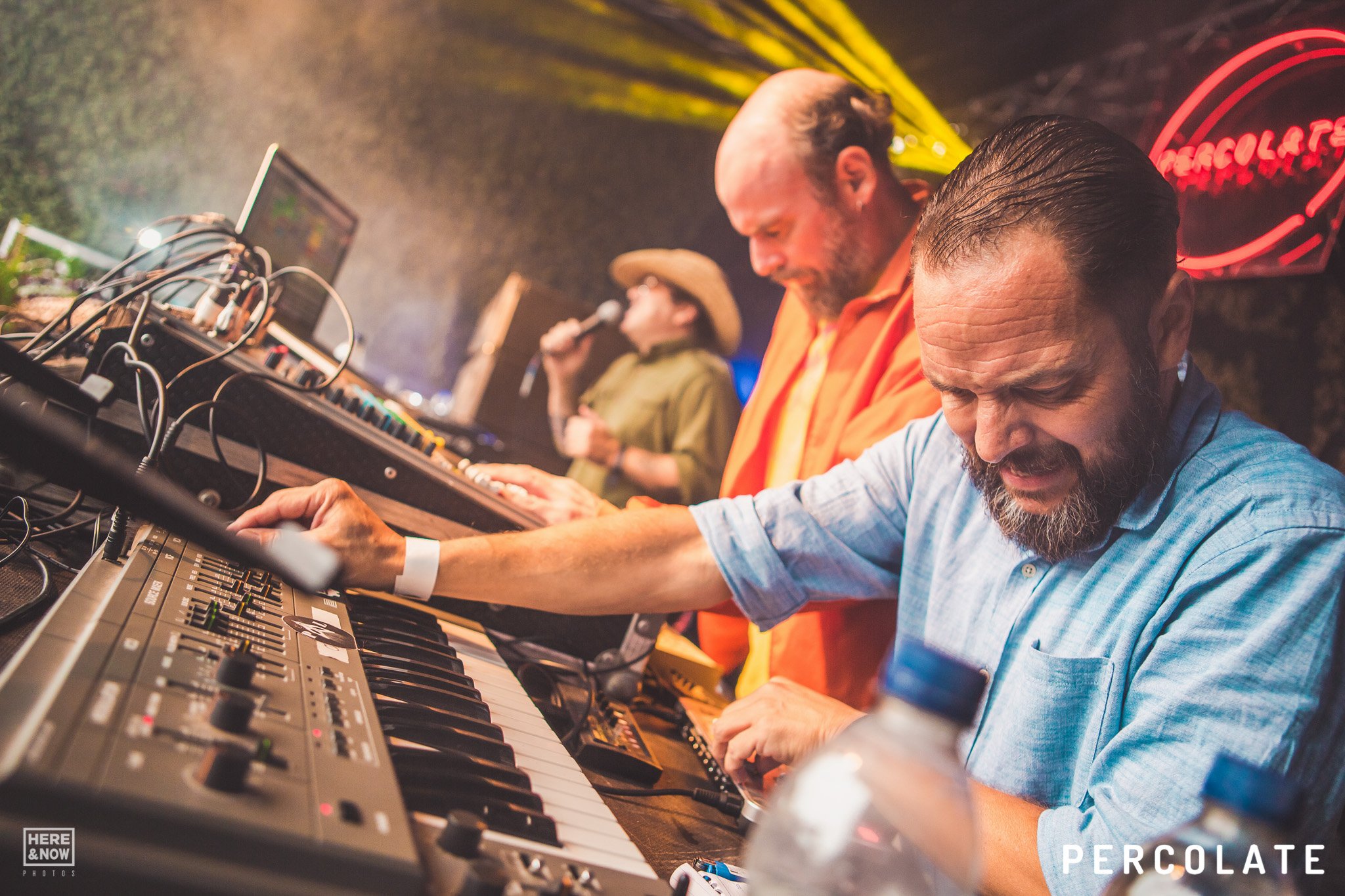 Seeing a special five hour B2B2B between Leon Vynehall, Ryan Elliot, and Evan Baggs right from the moment the gates opened was clever planning indeed. Then, with a standout, rare and energetic performance from Paranoid London (Live) in the early evening, it ensured the crowd filled up pretty early on.

DJ Koze was on top form giving a playful and upbeat performance, rounded out perfectly by his own remix of Låpsley’s Operator, which was met with roaring applause and sing-alongs across the crowd.

Despite a few teething problems, which are expected at this early stage, Percolate Open Air seriously upped their game to deliver a fantastically thought out event, with a great crowd of people, focusing on the music and the vibes.

What more could you want? We can’t wait for next year! Let’s just hope the weather is on their side next time.