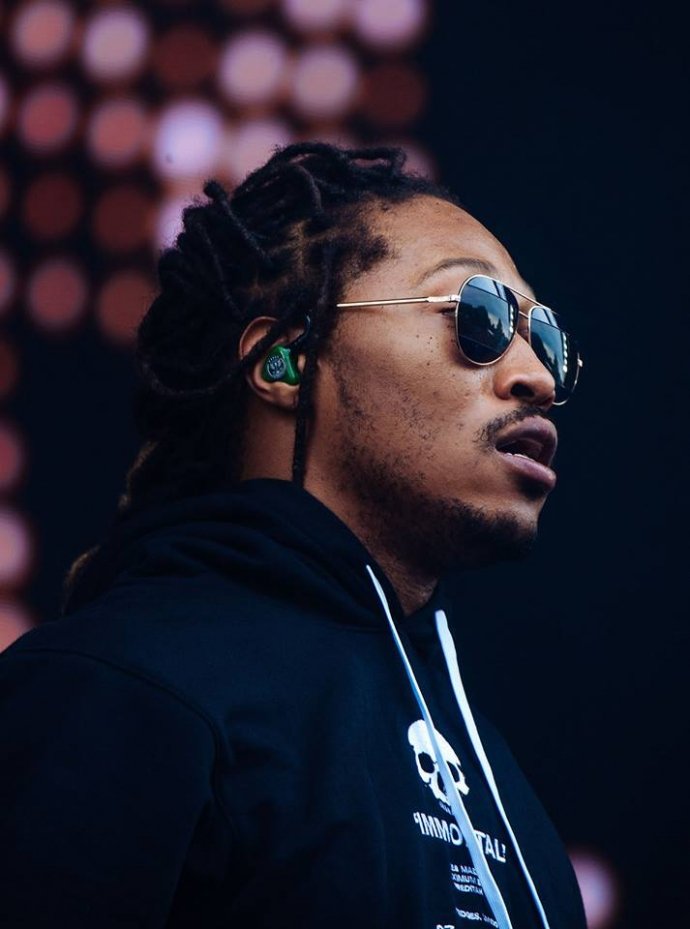 At this year’s Wireless Festival, a particular phenomenon emerged. The hype surrounding a distinct artist left people wanting something but not knowing why. They knew that if they missed it, they’d be poorer for it. Ladies and gentleman allow us to introduce Atlanta’s very own, Future.

It started back when his album Honest received a lukewarm reception. Future retreated to the studio and fired off three huge mixtapes in quick succession. It was pure, unfiltered Future. This thoroughly put the audience that left after Honest back on his side, and likely garnered a few more fans as well.

The hype though? That was all thanks to #futurehive. ‘What is the #futurehive?’ I hear you ask. Well, it’s a joke. A joke with legs. #futurehive is a play on the #beyhive hashtag; a call sign for the very serious (a lot of the time vicious) fanbase of Beyonce. Despite a genuine love for Future’s music, the idea that Beyonce and Future have near the same level of talent is untrue, and a joke.

But then the joke stopped being funny. The hits started piling up, a Drake tour followed, a Drake feature followed, the hits wouldn’t stop; and pretty soon Future was less a punchline and more one of the biggest forces in hip hop.

The Drake co-sign certainly helped, but whatever it was, Future is huge now. Huge in retweets and memes; but while he’s had back to back no.1 albums and endless gold and occasional platinum plaques, having a passionate fanbase versus a passionate online fanbase are different things.

Which bring us back to the aforementioned, hype. We got to Future’s set 20 minutes early hoping to find a decent view of the stage, with no such luck. It’s hard not to imagine that the whole of Wireless were there, and when he came to the stage, the screams were deafening. He launched into his abundance of hits and, at times, only had time for a chorus. All resulted in sing-a-longs.

But then, I noticed something. Now the level of devotion that had a packed crowd crushed in front of the mainstage, people passing out and singing all of Future’s choruses at the top of their lungs, had them awful quiet during the verses. Where the choruses were infectious, simple and most of all catchy; typically his verses (as with most verses in music) aren’t. Every single time he played a song the same thing would happen; entire audience sing-a-long for the chorus, relative silence for the verses. Now of course this would likely be the case with many acts, but 1. this happens where the audience doesn’t know the words to the album cuts, but every word to the hits (See: Big Sean’s entire set) and 2. J. Cole (DOUBLE PLATINUM, NO FEATURES), despite not exactly smashing the charts with a steady stream of hits, he has a truly passionate, rabid fanbase. The online presence they do have pales in comparison to an artist like Future, but frankly he sells more records and the fans know every single word without the aid of catchy hooks.

J. Cole earned every fan through music and sincerity. His first album was delayed because he struggled to secure a feature from his label boss, Jay Z; the man who signed him. He struggled to generate a hit single to even justify his album being released and suffered endless Drake comparisons which were largely based on skin tone. But then, he worked hard, toured, put out honest genuine music and now he has thousands of people singing along to every word of the 5 minute long, ‘Villiminati’.

It isn’t that Future hasn’t worked hard, or even earned his new-found success; it’s more the difference between fans and hype. It’s likely that all of the people at the J. Cole show brought the album in its first week and buys his merch; that can’t be said with a Future crowd. It wouldn’t be unfair to say this crowd is more fickle and more there just to tell people they were. Either way, Future got paid, but as much as he does put on a good show, it’s uncertain how long the hype will last.