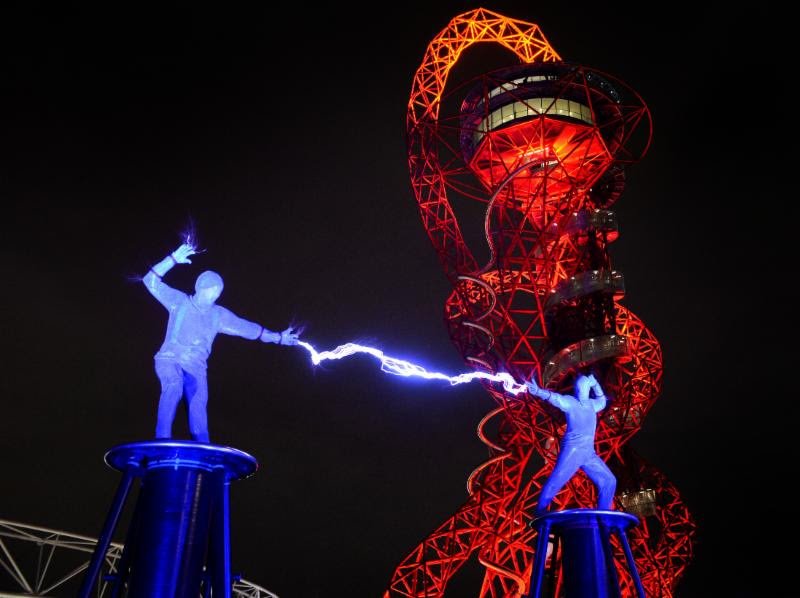 Arcadia Festival is less than ten days away. The countdown is officially on to launch us into festival season, with a sensational weekend of fire and theatrics in East London!

After the brief spate of sunshine last week, I’m sure many of us started to fantasise of the upcoming festival season. Thankfully, the magic and whimsy of festival life is now so close I can almost taste it.

This year sees the milestone ten year anniversary for Arcadia Spectacular, and they’ve chosen to celebrate that right here in London. Queen Elizabeth Olympic Park will play host to a fire-breathing spider and a whole myriad of theatrics and performers, alongside an absolutely killer lineup of DJ’s spanning over two days.

The most recent addition to the lineup, alongside heavyweight names; Leftfield, Sven Väth, Groove Armada, Dusky, and Eats Everything, is a collaboration with an Aboriginal Tribe – the Wadjuk Noongar. They will perform an ancient dance – the Yallor Keeninyara, one of the world’s most ancient ceremonies. It will fuse Arcadia’s molten steel, flaming explosions, and all-enveloping bass. A profound story of connection, unity and worlds meeting – it is also a moment of pure primal celebration.

Watch the mini-documentary below to see how two worlds collide, with the same message and energy from different countries.

Also, Arcadia will unveil a brand new edge to their already world famous Metamorphasis show, by introducing a new indoor arena: the Reactor. This stage will be thrown into the darkness from lunchtime to giveaway to a mesmerising laser show paired with next level live performance. It is set to be a test bed for a whole new chapter of Arcadia’s creative evolution.

A mind-bending vortex where cutting-edge physics, high octane energy and slamming basslines collide. The Reactor is set to be the most intense daytime dancefloor London has ever seen. Featuring a hugely ambitious new laser installation that will transform the hexagonal arena into an all-engulfing geometric matrix. With performers flying overhead, morphing the 3-dimensional forcefield, and new patterns and symbols will form amongst the strobes. It will have a thunderous intensity pumping from every angle.

With so much of Arcadia’s ethos rooted in the use of recycled materials and the embedded energy within them, the 360 degrees DJ chamber at the Reactor’s core is from parts that have shape-shifted on the road from New Zealand to Burning Man.

“It’ll be like stepping through a portal and into another dimension. We’ve always wanted to take the ideas that don’t translate outdoors and really push them in an indoor setting. The Reactor concept is about creating a crucible where sound, light, performance, geometry and the energy of thousands interact in an immersive space – and seeing where that can go.” – Arcadia founders Pip Rush and Bert Cole.

If that’s not enough to get your spine tingling with excitement, then watch the trailer for the Metamorphasis show below.

You can check the full lineup poster below, or go to their website for further details about this unmissable event!

Saturday and Sunday tickets are still up for grabs, get yours here. 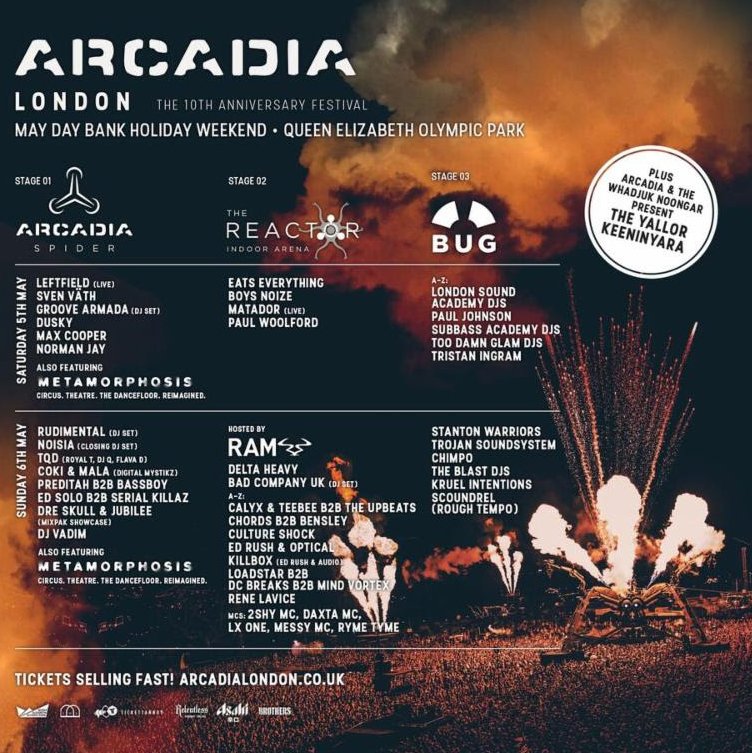