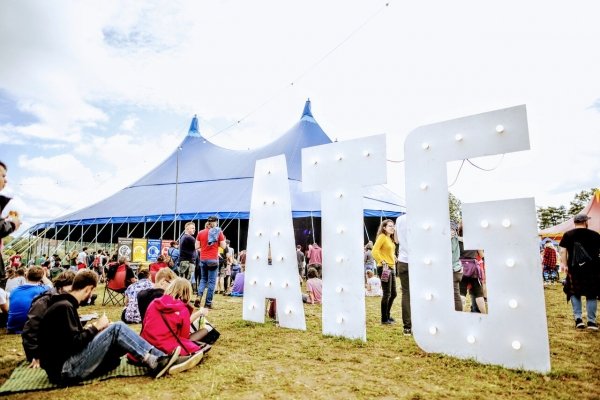 With festival season wrapping up, it’s time for many of us to look back on a summer filled with music, friends and unforgettable experiences. From huge events like Reading, Leeds and Download, to smaller grassroots festivals, the UK is blessed with a rich and diverse range of festivals to suit all manner of music tastes. Whether you’re into pop, heavy metal or hip-hop, there’s a festival for you. But there is a hidden gem that shines brighter than the rest. Tucked away in the Mendip Hills just south of Bristol sits ArcTanGent, a festival like no other.

Now in its sixth iteration, ArcTanGent 2018 took place from August 16th to 18th, smartly avoiding clashing with Reading/Leeds. Not that it needs to worry about the competition, having carved out a unique niche of its own. With a cosy capacity of 5,000, ATG serves as the perfect getaway for those who’d rather eschew the more commercialised events in favour of a more genuine, wholesome experience. While many festivals go for chart-topping artists and household names, ATG lets the music speak for itself. This results in a lineup that may baffle the average music listener (with unwieldy band names like Giraffes? Giraffes! and Pigs Pigs Pigs Pigs Pigs Pigs Pigs) but leaves fans of experimental, progressive and generally weird music beaming with joy. 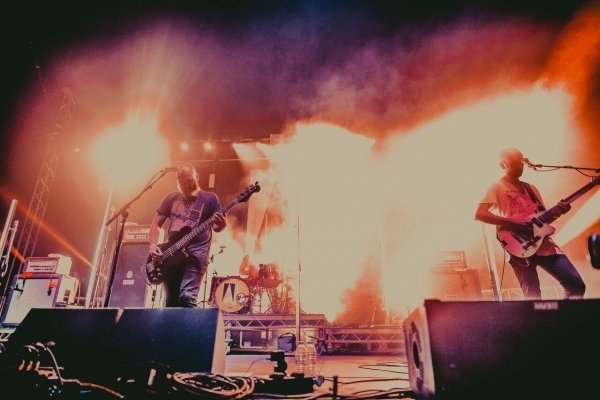 Whereas many modern festivals seem stuck in the past, recycling the same old bands every few years, ArcTanGent and its audience exist firmly in the here and now. This forward-thinking nature is apparent in the way that many of the bands’ sets seem to focus heavily on new material. Post-rock titans And So I Watch You From Afar open their Thursday headline set by performing latest opus The Endless Shimmering in full, and experimental hardcore group Rolo Tomassi play a set completely comprised of songs from their recent fifth album Time Will Die and Love Will Bury It. The fact that both sets go down magnificently is a testament not only to the outstanding quality of these records, but also the open-minded audience and their willingness to embrace the new. 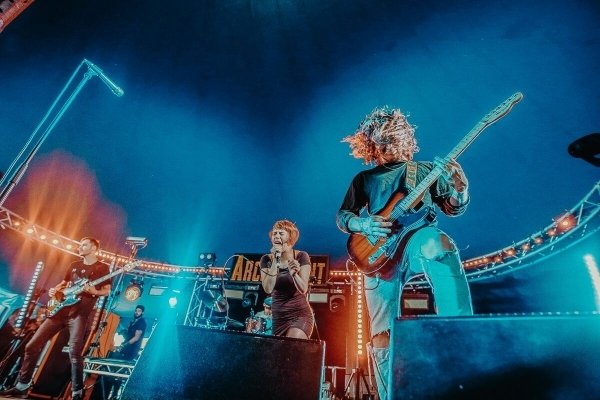 This willingness to try new things continues long after the bands have stopped playing. Each night after the bands finish playing, the festival plays host to a ‘silent’ disco-meets-karaoke which has revellers singing and dancing long into the small hours. So. much. fun! This in itself isn’t super unusual, however on the Thursday night we are treated to a novel concept – electro-rockers Gallops play a full set through the disco headphones. This may sound like a bizarre idea but it works surprisingly well, allowing a tent full of people to lose themselves in the Welsh band’s mesmerising beats and grooves.

You might expect a festival like this to be rife with snobbishness, but it’s far from the case – in fact many of the artists seem to embrace the absurdity of it all. Brighton’s Poly-Math are a perfect example, launching hundreds of inflatable bananas into the crowd, to be joyously waved and bounced around the huge tent for the duration of their set. Where else but ArcTanGent could you see an adoring crowd losing their minds to an instrumental prog band as if they were watching the Foo Fighters? 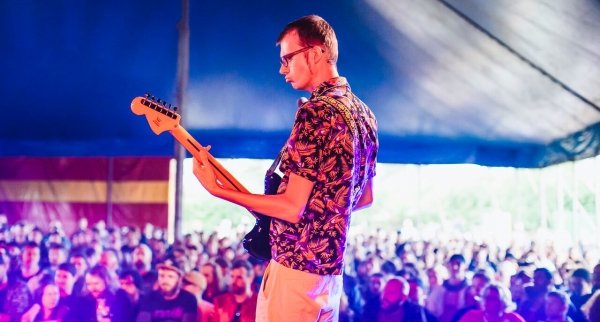 One of the most notable qualities of ATG is the universal sense of community. It feels like everyone here is part of one big extended family, scattered around the world but converging once a year to celebrate the music they love. It’s a similar phenomenon to that found at sister festival 2000 Trees, although the relatively obscure nature of the music at ATG leads to a much more tight-knit community. A heartening example of this is the outpouring of support for Dan Wild-Beesley, a long-time friend of the festival whose recent battle with cancer has seen the entire community rally together to raise funds for his treatment. When Dan’s band GUG perform on the Saturday the palpable feeling of mutual love and appreciation between them and the audience creates a truly special atmosphere.

During a stellar main stage set, Mike Vennart (former Oceansize frontman, current Biffy Clyro live guitarist) refers to the festival as a place for “zeitgeist-dodging loser bands” to play. He’s being tongue-in-cheek, but he has a point – this festival celebrates bands who go against the grain and do their own thing. They may not have a place at the big festivals, but they have a home here. 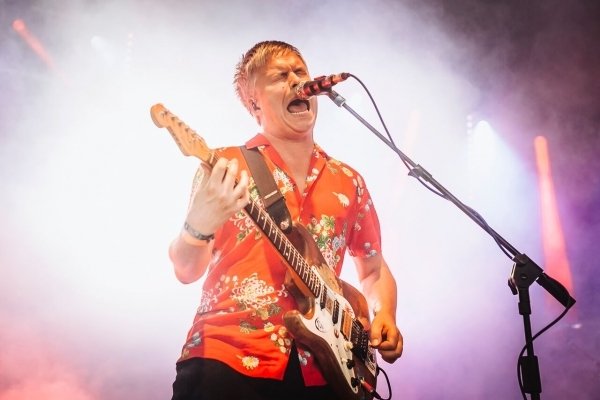 There’s so much else to mention: the delicious food, the laid-back, friendly atmosphere, the wonderful staff… but what makes ArcTanGent so special is that it values sheer quality of music above all else. Don’t worry if you’ve never heard of a single band on the lineup; if you go with an open mind you’re bound to discover something new and amazing. Whether you go with friends or by yourself, you’ll walk away having found a new favourite festival.

In this article:And So I Watch You From Afar, arctangent, Gallops, gug, poly-math, Rolo Tomassi, vennart 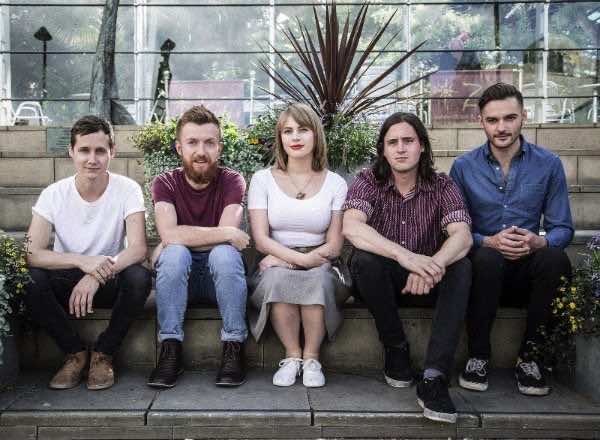 We talked to James from Rolo Tomassi all about their fantastic new album Time Will Die and Love Will Bury It, sold out UK... 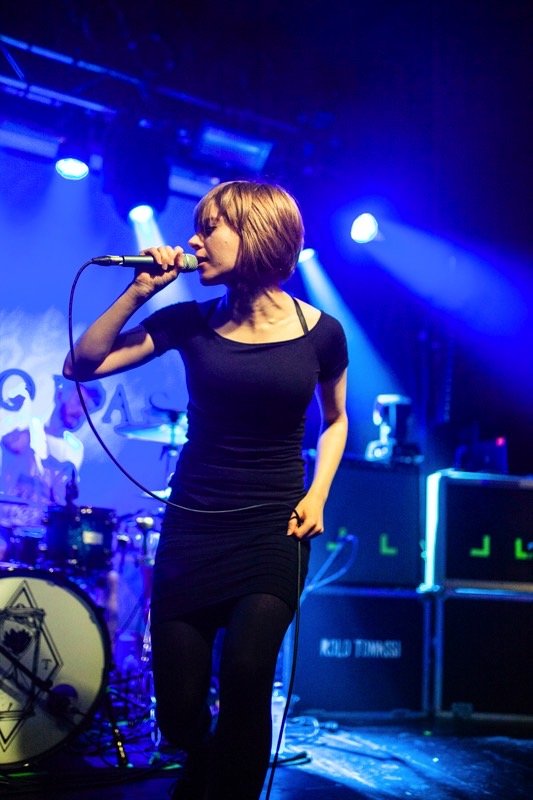 After releasing a stunner of an album earlier this year, Rolo Tomassi brought their experimental post-hardcore sounds to the Asylum 2 in Birmingham. Read...

2000Trees Festival has just added 20 great new bands to their 2018 lineup. Check out the list here and listen to our playlist of...