If you haven’t already heard of Arcadia Spectacular then you really need to get on YouTube right now and scope out the endless videos of the flawless production, and their infamous 50-tonne spider.

Arcadia is famed for its presence at Glastonbury festival and Boomtown. With the DJ box suspended beneath the spider’s head and a vast array of lighting and 3D-projected visuals, paired with a bone-shakingly awesome sound system you have the recipe for probably one the most famous stages on earth. We would even place it above the likes of Robot Heart at Burning Man!

We’ve obviously been shouting about it for quite some time, eager for its arrival right here in London. Last weekend, on the hottest May bank holiday on record, the perfect setting was created for their hugely successful 10th-anniversary show, with a festival dedicated to this magnificent beast. Brought to us with top London based promoters LWE who have been behind the epic daytime parties at Tobacco Dock and Printworks Series 1 & 2, it comes as no surprise that they would marry up together to create this amazing event marking the occasion.

World famous DJs added into the mix – Dusky, Sven Väth, Groove Armada and of course the almighty Leftfield to name a few. It was clear this wasn’t the crew’s first rodeo. As we wandered through the festival and into the backstage areas it was quite clear these guys knew what they were doing. Spare equipment everywhere showed just how prepared the team was for mishaps. If any did happen during the day they were unknown to the crowd and attributed to the seamless running and production of the show. 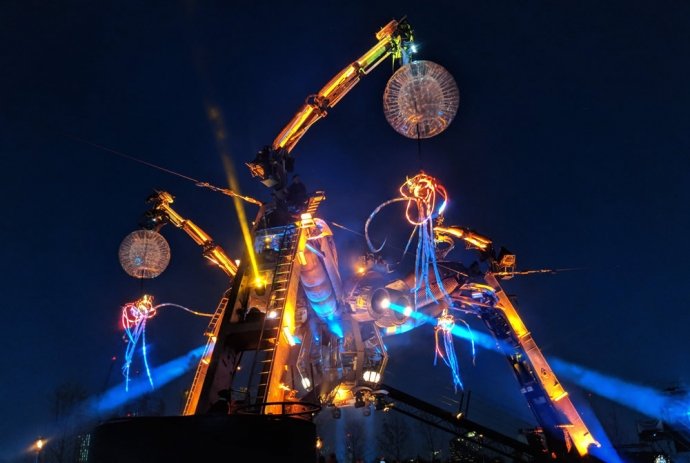 Walk past the stage and you were greeted with ‘The Bug’ which looks like it drove straight out of Burning Man and into the UK. The bug is an ex-military vehicle transformed into a huge bug with the wings spread to form a stage with Funktion One sound and DJ box in the middle. To the DJ that sent the crowd wild with Mark Knight’s take on Laurent Garnier’s ‘Man With The Red Face’ – we salute you!

To the left of the site, you have Arcadia’s first take on an indoor stage – The Reactor. With lasers, 3D projection, live performers, and a DJ box in the middle which looked like the bottom half of their afterburner, you were in for a fully immersive experience. Wherever you were in the tent, you could fully enjoy it! It actually surprised us that this isn’t more common among festivals – hopefully, Arcadia is the first to set the trend here, as the layout made for a perfect experience. Eats Everything was the man of the match here, pumping out the tunes for hours spanning over two sets, bookmarked by an incredible performance piece called Prism which even featured a disco ball covered man!

What more can we say? The entrance was smooth and the bar queues were short – all seemingly synonymous with an LWE produced-event. Getting tokens proved to be a little tricky, however.

To round off the night, after the fireworks and frenzy, the crowd were in for one last surprise – SNOW! There must have been at least a dozen snow machines placed around the spider to create minutes of downfall as the music finished. It was one of the most magical ways to finish an event, enough to create goosebump-producing memories that will last for years to come.

It’s been a few years now since Arcadia broke the mold of hosting their groundbreaking stage at other festivals, so now running their own they’ve clearly proven to have what it takes to make magical things happen. We weren’t there for the Sunday but heard it was just as good – if not, better!

The only question we have now is, when’s the next one?! Does this spell bigger things for an entirely inclusive Arcadia and will they be at Glastonbury next year? Who knows. All we know is we are super stoked to see what the next chapter is for the fire-breathing spider!

Arcadia’s Operations Manager Tells Us What To Expect From Their Debut London Event!

As Arcadia descends on London for its biggest show yet, we interview Operations Manager, Andy Parrini 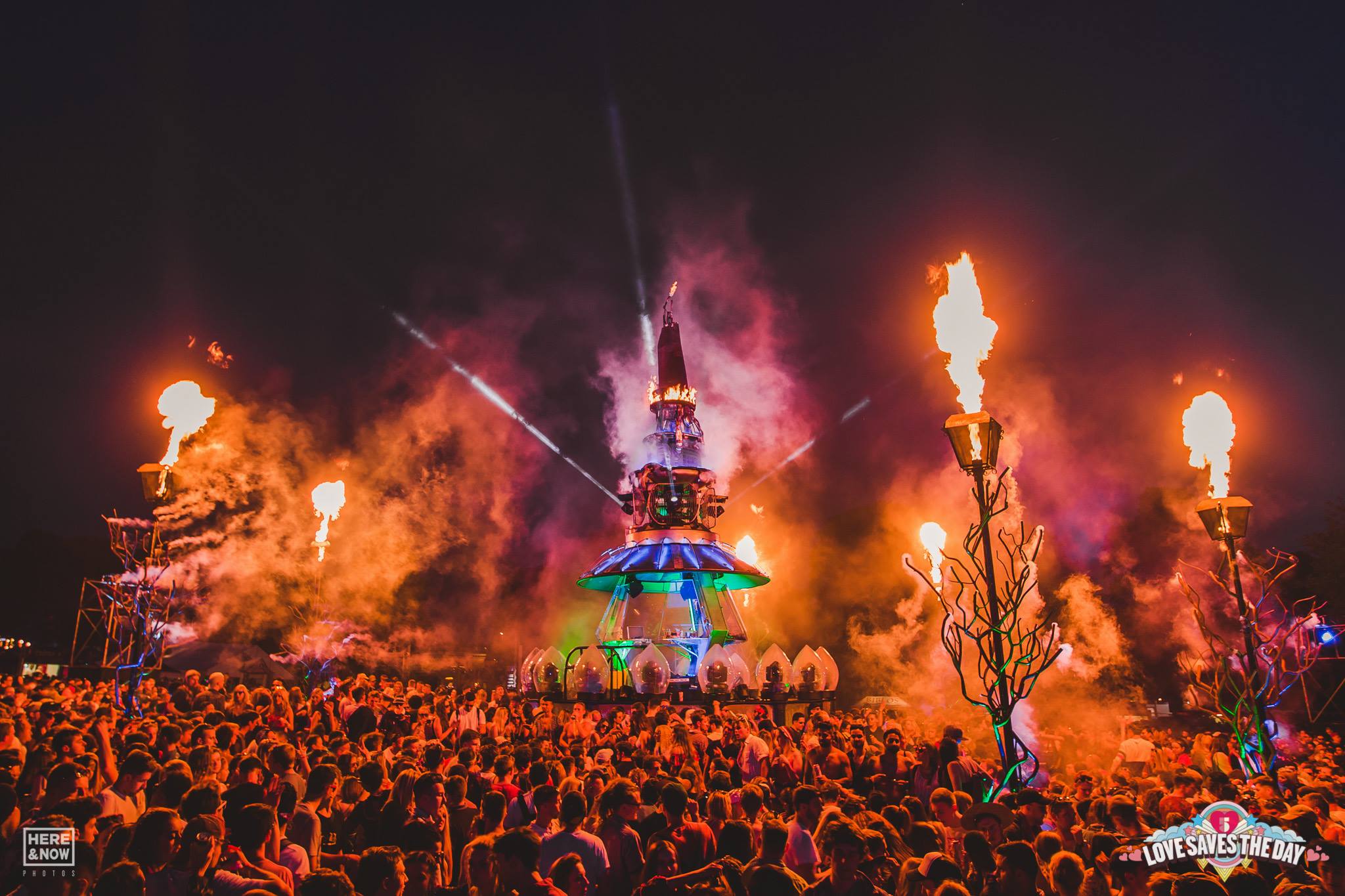 Your go-to guide to festival season in 2018. An easy list to help you decide where to make your festival memories next year!