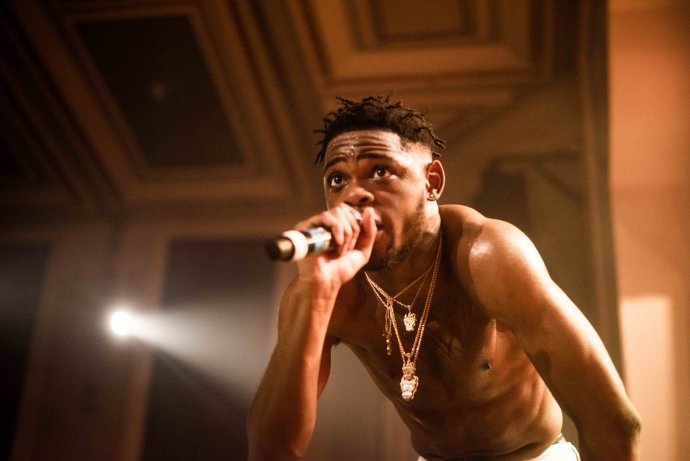 Selling out the  Islington Assembly Hall is no easy feat, so to witness a sell-out crowd at near boiling point for the East London rapper Yxng Bane is remarkable.

What was striking about the ‘genre-less’ rapper, was how thoroughly he dominated the stage from early on. Owning it as if this wasn’t his first rodeo, better said – like he had been doing this for years.

Cruising through his wealth of catchy rhythms; ‘Vroom,’ ‘Rihanna,’ ‘Corner’ – Yxng Bane had the audience chanting to nearly every verse to every song. His young fans, male or female, young or old were infatuated or at least electrified by his delivery.

Bringing on his self-proclaimed best friend, Yxng B brought on Yungen to perform ‘Bestie’ which undoubtedly sent the crown into an absolute frenzy. If that surprise wasn’t enough, his support act Taya, joined Bane onto the stage to duet ‘When Ur Sober’. With their chemistry in full flow, the air became somewhat stuffy – if you get what I mean.

After a hectic 90 mins of this energetic topless performer, Bane gave the fans one last surprise.

It was time bring “a couple of peng tings” on stage. Screaming “ME ME ME ME” the ladies waved their hands relentlessly to get the UK Rappers attention.

This sort of invitation doesn’t come without conflict which was quite entertaining to watch but eventually, he got his girls. Closing the performance, Yxng Bane grooved to multiple re-runs of crowd favourite ‘Rihanna’ while ‘whinning’ with his newfound entourage.