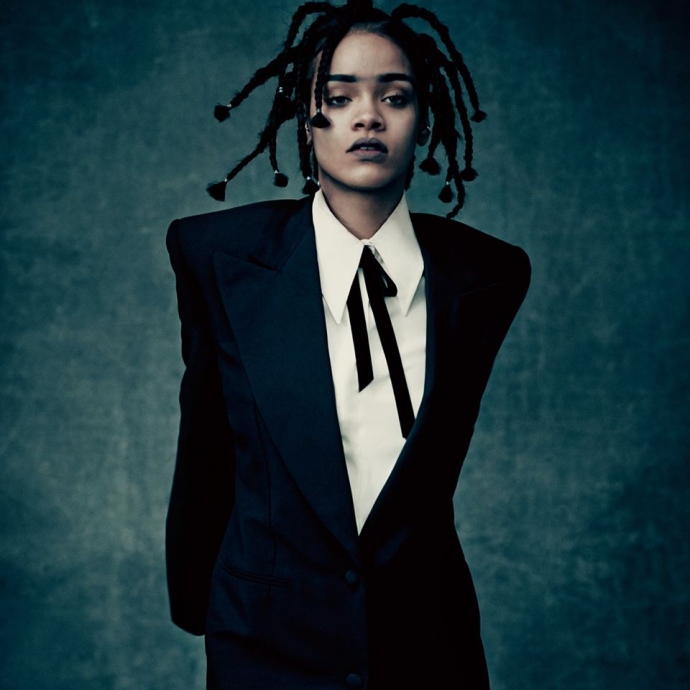 Women within the music industry appear to be taking the reigns of where they stand. This year alone we’ve had Rihanna proving that over 10 years into her career she is an artist versatile enough to adapt to times, and even make music that pushes forward pop music as she continues to pour her Caribbean heritage into her music. Anti is a diverse album filled with singles that are sure to document the summer of 2016.

Elsewhere Beyoncé has released an album that is truly an album. She has pushed forward what is perceived as a coherent Pop album in the 21st century, by taking current styles and crafting personal songs that detail how it feels to be a black woman. There are also many commercially successful female artists emerging that appear to be dominating the music industry. Last year, Adele destroyed the charts with 25 and the year before Taylor Swift smashed all sorts of records, and managed to take on huge corporations on streaming.

There are plenty of independent women on the face of the music industry, yet there isn’t the case on the inside. Many people noted that when Taylor Swift received her Grammy last year, the entirety of the people surrounding her were men. Just glancing at the people mentioned in the credits for the albums mentioned above, it’s very difficult to spot the handful of women involved in the process of writing, producing and engineering these albums amongst the hundreds of men. Women still mostly have performing jobs in the industry. This isn’t a slight to the women who made these albums, as they’re merely functioning in an industry that is incredibly sexist. But when you look at these credits, can you actually say these are testimonies for strong women?

If a woman isn’t on the face of an album, they’ve essentially diminished their chances of making it in the music industry. Since the awards for producer of the year were introduced to The Grammys in 1974, a mere six women have been nominated for the award. Five out of these six nominations are known predominantly as performers. The more independent artists who are incredible at their craft and do everything themselves, such as Grimes, are often under scrutiny by the media. They tend to focus on for their looks and persona rather than their artistic abilities. When their talents are discussed, it’s always in a way that doubts them.

A quick glance at the Rock N Roll Hall of Fame shows a disturbing lack of female artists as well. Only 37 female artists either as part of a group or on their own have ever been inducted into the hall of fame, with only one being inducted for songwriting; Carole King in partnership with a man and not on her own. There’s a brilliant article on this written by Courtney E Smith for LennyLetter.Com that you can read by clicking here. The article points out that The Hall of Fame not only doesn’t give women their due credit despite having many influential bands legible to be inducted but actively shuns male bands that don’t have their image covered in a shroud of masculinity. The Hall of Fame basically says that Rock N Roll is the archaic ideology of pumping masculinity into everything.

Some of the most important moments in music history have been produced by women. Sylvia Robinson helped craft one of the most important songs on Hip-Hop songs in history with The Sugar Hill Gang on Rapper’s Delight, yet the history books overlook her. The history books tend to overlook anyone who isn’t a white male. Even now in this article, I just questioned if certain females’ art is truly their own even though Kanye West just released an album with over 100 people involved in creating it – mostly men – and no one questioned him. Whereas any female in the limelight gets their authenticity challenged. It’s the privilege of an oppressor to be able to challenge someone else’s struggle.

The message we send to women who aspire to be taken seriously with their music basically doesn’t. Women and PoC shouldn’t be sharing a fraction of the table when it comes to creating art. They should be able to take the whole table for themselves, and no one should bat an eyelid when they do it, in the same way that groups of white men does it in every aspect of the entertainment industry. Men should be encouraging more female producers in their studio, this can’t just be a woman’s fight. There should be an actual call for more women in the studio in the same way people call for more men in primary school teaching. If there aren’t enough female studio workers out there then labels should be actively searching for a reason to change that. Yet with all this said, this should be such a basic thing that this shouldn’t even need to be complained about in the first place.

With all this said, sexism and racism within the entertainment industry seem to be ingrained in such a way that makes it seem unchangeable. But as long as these problems still exist we should continue exposing them and calling it out who labels don’t give women the time of day unless they look a certain way. We should encourage as many women as possible from an early age that if their talents are great enough then they will accomplish their goals, like boys are, and hope that the industry catches up and abandons their out-of-touch ways.

In this article:Beyonce, Rihanna, Taylor Swift