TV Show Endings: Nine Series' That Wrapped-Up Terribly (Or Didn't At All...)
Advertisement

Don’t you just hate it when you’ve spent months, years sometimes, devoting yourself to your favourite show? You’ve watched every single episode, fallen in love with each and every character. Then they write an ending that’s just purely shite, or sometimes, don’t even bother ending the plot at all?

We see this a lot in television – producers come up with a huge plot, but actually don’t know how to execute it, or how to wrap it up. So, us viewers get left with rushed, confusing, and often disappointing ends to shows we’ve invested days of our time in. This needs to end!

So, at HTF we’ve compiled a list of 10 TV show endings that annoyed us by doing this very thing! Whether they ended abruptly, haphazardly, or not at all – they all annoyed us in one way or other. 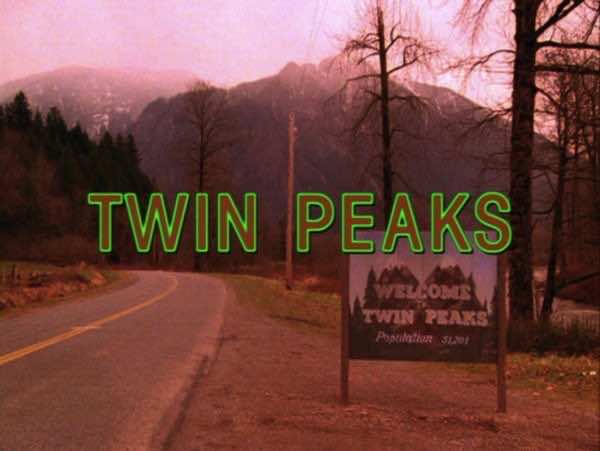 When the final episode of Twin Peaks was first broadcast in 1990, it was a close contender for the top spot of “most disappointing ending”, with fans feeling that too much was left unanswered, too much confusion remained when viewers were so invested and consumed by the story. In fact, this was only meant to be a season finale, but the show couldn’t continue due to low ratings. Since then, with years to reconsider what the writers were trying to do, viewers have began to treat the ending with mixed feelings, some saying it worked.

But for those of you who felt that Twin Peaks just didn’t deliver, it’s rumoured that a new series is somewhere in the pipe-line. So, we could finally get the conclusion we’ve been waiting for for 25 years! 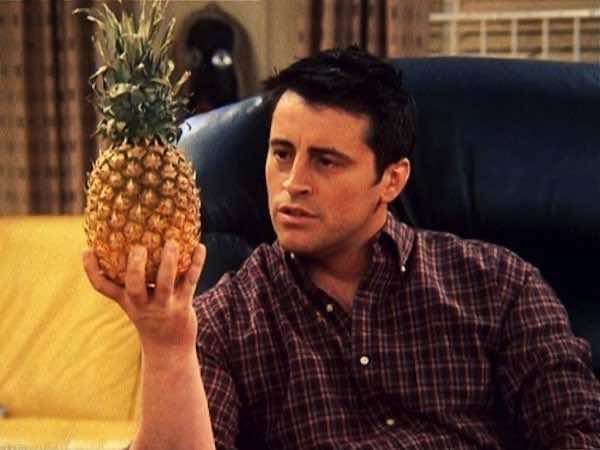 When we first heard the news that Joey Tribbiani from Friends would be getting his own TV show, we were over the moon! Everyone was left craving more of their favourite characters after the hugely successful sit-com Friends was wrapped up, so we couldn’t wait to see what the Joey show had to offer us. Sadly, the gags were cheap, the show was unfunny, and us Friends fans were left disgruntled and bereft again after the show was axed after less than two seasons. What a shame…

It’s become a cult-classic TV show, been named by Time magazine as one of the “Top 100 Greatest Shows of All Time”, and has been frequently demanded by fans for reunion shows and new seasons. Despite this, teen school drama Freaks and Geeks was cut after its first season in 2000 and has never made a return. The show centred around, you guessed it, the “freak” and “geek” groups in an American high school. With messages about friendship, choices and growing up, younger audiences were devastated to learn that the series ended after just one year (and an uncompleted series).

Despite several rumoured attempts of reunions, nothing much has happened yet. But the show proved to be a great spring-board for hugely successful actors such as Seth Rogen, James Franco, Jason Segel and many more. 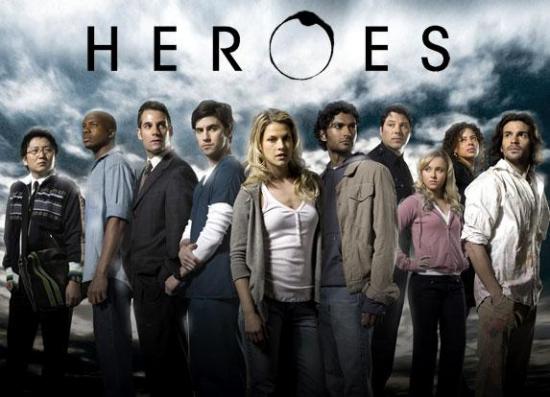 Many fans of Heroes would agree that the whole thing started to go down-hill by about season two, slower plot-lines, worse character development and other problems began to show. With ratings steadily plummeting, it was clear that the sci-fi drama was nearing its end. So, what do the writers do? Rush through whatever loose plot ends they can find, and try and come up with a half-end-half-new-beginning type feeling, where nothing is really resolved but it sort of feels like its supposed to be the last episode and we need to all stop watching now.

(But, for all you disappointed fans out there, apparently a new mini-series Heroes Reborn is due on our screens this year, yippee!) 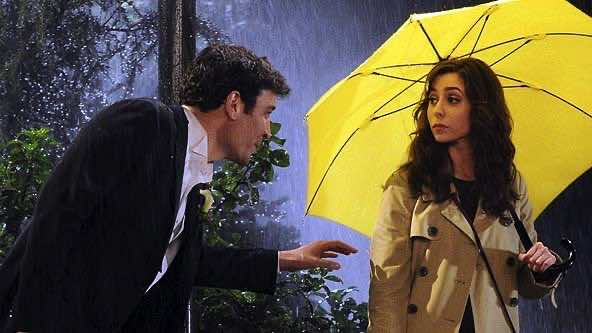 Source: How I Met Your Mother

How I Met Your Mother

Hit sit-com How I Met Your Mother did wrap up after a successful nine-season run, but at HTF we had plenty to say about the unsatisfactory ending! None of the character seemed to have the ending we were all hoping for, with Barney reverting back to his “player” attitude we all hoped he would shake, and Ted once again falling for Robin whom it has been established he should not be in a relationship with. And the whole point and title of the series, How I Met Your Mother, was introduced and finished within two minutes and quickly glossed over. And it turns out that we never get to meet the mother after all…

This BBC post-apocalyptic drama followed a group of humans who are some of the only few to survive a deadly flu that wipes out all of humanity. In Survivors, they must re-piece together humanity in a world where morals have disappeared and everyone is out for themselves. The first two series started well, and the plot really began to develop. As an audience we became attached to some characters and were eager to see how the group progressed. But, after a huge cliffhanger at the end of season two, it never returned. We were left with huge questions that would never be answered.

When watching, I could cope with the often-ropey dialogue and the painfully dull protagonist (that Scottish lady was just so boring). But what I can’t cope with is an unfinished story!

(On a plus note, the series was based on a novel, Survivors, written by Terry Nation in the 1970s. So if you want answers, you know where they are…) 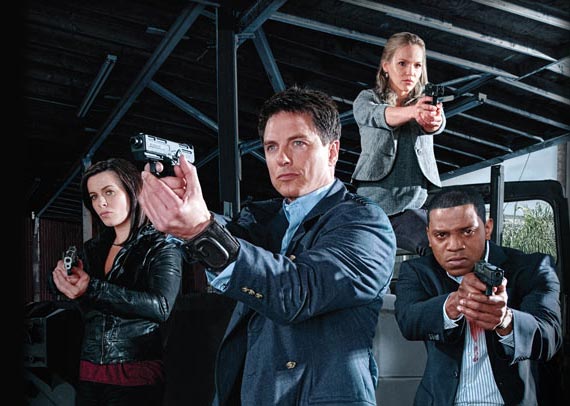 Yes, Torchwood did actually get an ending- but a terrible one at that. I’m not sure if all fans of the Doctor Who spin-off action series would agree with me on this one, but the last season of Torchwood totally sucked balls. The BBC shared the production rights with an American company – and guess what happened next? The series completely ruined – hugely unneeded special effects, over-dramatic and unrealistic scripts and dialogue, and of course – what action series is complete without a badly-filmed and unnecessary car chase? None, according to the Americans!

I’ll admit, I thought the actual plot of the final series was a great concept, completely ruined by the over-Americanisation forced upon it. I say it all the time – but if something ain’t broken, why fix it? 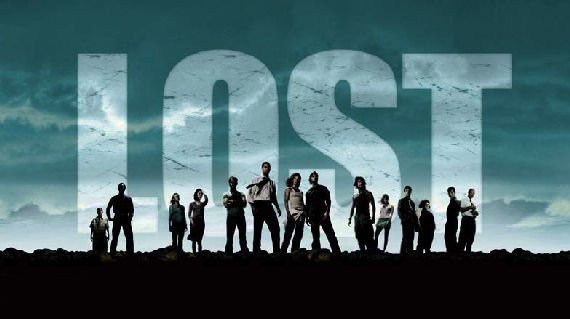 With the Lost writers openly admitting that they didn’t have a clue what they were doing with the show throughout the entire thing, it’s no surprise it managed to make our list! Throughout its run on TV, Lost received regularly huge ratings from people eager to see how the writers could manage to wrap up all these intricate lines of mystery. How the writers did it, I hear you ask? They didn’t.

Many viewers were left disappointed with the last season, which failed to answer numerous nagging questions that fans had been wondering about for years. There were masses of loose ends, and the writers actually dared to do the big fat NO-NO of story-writing – “….and in the end it was all just a dream. So nothing that happened actually matters. HAHA.”

Dubbed as one of the top shows ever made that got “Cancelled Too Soon”, according to TV Guide, Firefly only lasted for 11 out of the 14 episodes planned in season one. Despite what would appear to be a failure, the show was critically acclaimed after it was released on DVD, and begged the question of whether the writers were too cautious on this one. The show was set in 2517 and is described as an “American-space-western-science-fiction-drama-television-series” (yeah, I know, wow). The plot followed a group of human space-explorers who had been ousted from Earth following a civil war, and to me that sounds like a pretty cool show!

This show could have had huge potential to become a cult classic, and many fans were massively disappointed when the writers gave up on it in less than a series.

(On plus, there has been a movie, Serenity, made that is based around the series. Check it out!)

So, there we have it. A list of shows that could have been amazing, but never fully delivered. It’s a shame, but it’s happened before, and will happen again. The best way to make sure your favourite show keeps going is to actually WATCH IT LIVE ON AIR, when the ratings are fully appreciated.

Tell your friends about it, make your granny watch it with you, do anything! But shows need ratings to continue, so let this list be a warning to you!