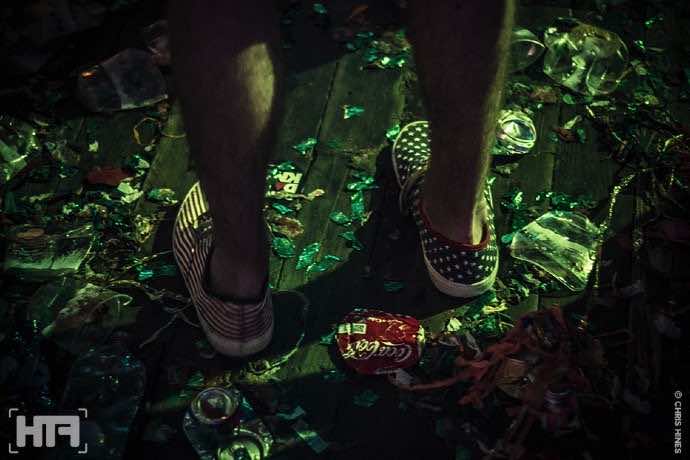 With people lamenting the rapidly declining crowds drawn to the EDM explosion of the last half a decade, with some even giving us timelines of its impending death, there is now a time of reflection among fans. There were a lot of inventive pieces of music crafted in the 2010s EDM craze – the dubstep explosion, the House explosion and the Trap explosion all had brilliant songs within them. Yet there was also a lot of gunk. A lot of things made purely for the festivals that should have stayed at the festivals.

In no particular order, here are the top 10 worst songs left from the wreckage of EDM. 10 songs that are either offensively bad, or they had a gross influence on the genre that spawned millions of worse copycats. Songs that unfortunately gave EDM, the fans of EDM and the culture itself a bad name in the music community, despite there being plenty of brilliant songs being released in EDM’s lifetime.

Disclaimer: We’ve attempted to just chose one song from an artist, as some have so many in their catalogue that stink.


With a catalogue filled with both complete drivel and genuinely thrilling pop songs, David Guetta took it upon himself to take Deadmau5‘s comments on how EDM take the simplest of melodies and turns them into cheap dance songs, and turn that into a reality. The song takes the nursery rhyme ‘If You’re Happy & You Know It’ and throws it on top of a by-the-numbers build up. Despite only making it onto Guetta’s bonus edition of his album, Listen it’s still actually been released outside of live performances which is a miracle in itself.