It is only two weeks until Christmas! That magical time of the year when nobody has to go to work (unless you’re really unlucky). But what should anyone do with all this free time? See family? Cook turkeys? No! Watch happy clappy namsy pansy hoity toity Christmas themed drivel. Or pay attention to us and see the best Christmas films out there.

This wouldn’t be a Hit The Floor list without a horrendously terrible movie on it. ‘Silent Night Deadly Night Part 2′ is the low budget, Christmas slasher sequel, made almost entirely out of re-edited footage from the first one. Due to budget constraints, a “new” story is crowbarred into a series of flashbacks which follows the brother of the original serial killer becoming a serial killer. It’s all the nuns’ fault really. 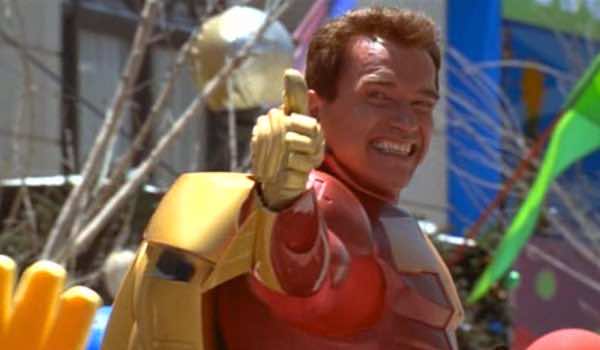 Who would have thought the brilliant team up of Arnold Schwarzenegger and Jake “Young Annakin” Lloyd could have brought so much cheer? This amazing story of modern consumerism versus old fashioned good will to all men sees distant dad Anrie fight (literally) to get this years’ most popular toy, Turboman! Remember, there’s a Turboman inside everyone of us. 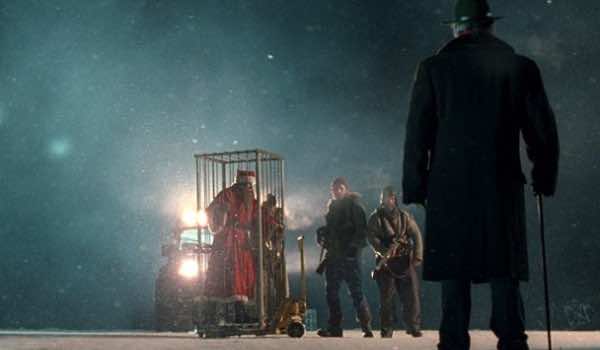 It’s amazing to think that all myths and legends have an ounce of truth at their heart. ‘Rare Exports’ tells the “true” origins of Father Christmas, a mountain-man who punishes the bad. In the depths of the Korvatunturi mountains, a group of Finnish hunters capture their quarry and then try and flog him to a group of scientists. They never expected to see his loyal elves try and return their master. 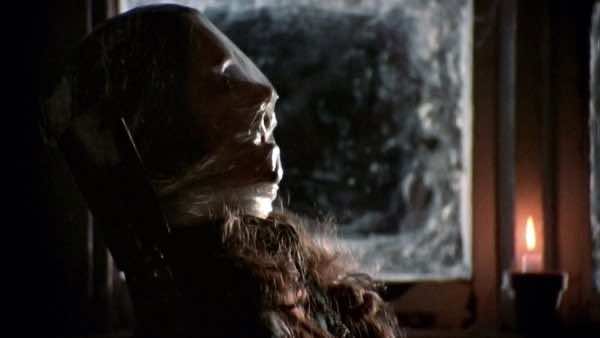 The original and best Christmas horror story. Forget Halloween, the warm, cosy atmosphere of Christmas contrasts against the spine chillingly unexpected wrath of a stalker psychopath makes this al the more frightening. As a sorority house celebrate the holidays, they get an unwelcome visit from a man bearing more than gifts.

From a black Christmas to a white one. But where’s the snow? There’s none in Vermont this year, making Bing Crosby and Danny Kaye’s old army general’s hotel go down the slopes. With the help of two musical sisters, the crooner pair put on a show to remember as the old platoon gather to celebrate the old man. The good time family musical that saw Crosby’s single ‘White Christmas’ as the best-selling single in any music category for more than fifty years.

The best way of spreading Christmas cheer is singing loud for all to hear. Will Ferrell’s fish out of water Christmas tale. Hapless elf Buddy isn’t like the other elves, he’s adopted, and he must travel to New York to find his true identity. Seeing the real world through wondrous eyes, he makes the Christmas of several workaholic New Yorkers who have forgotten the true meaning of the holidays, in classic Ferrell comedy style. 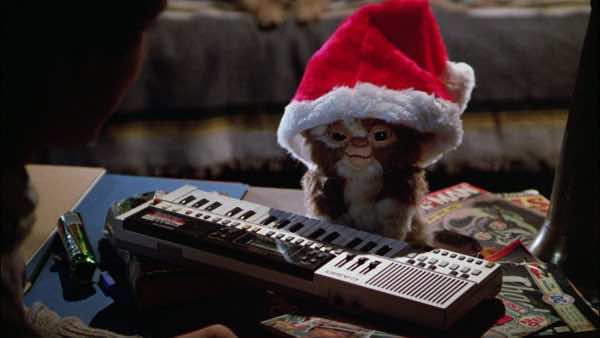 Struggling to find that perfect present? Take a trip into Chinatown, but watch what you get. Receiving a new pet for Christmas, Billy doesn’t take heed of the three rules surrounding cute little Gizmo the Mogwai: never expose it to bright light; never get it wet; and most importantly, never ever feed it after midnight. Unfortunately all of these things happen and the small town of Kingston Falls is soon over run with tiny demon gremlins.

Now I have a machine gun, Ho-Ho-Ho. One of the best action films ever made, and it’s an Xmas film! Set during the office Christmas party, terrorists take over Nakatomi tower in an attempt to steal $640 million in bearer bonds from the vault. Unlucky for them, John McClane is a +1 and is not amused. Amazing conflicting performances from blue collar force Bruce Willis and highly intelligent criminal leader Alan Rickman make this an enthralling action with grandiose merit.

The timeless Dickens classic told through muppets. A story so moving in Victorian times that after hearing a public reading, one Mr. Fairbanks closed his Chicago factory on Christmas day and sent every employee home with a turkey. Many say that this story is the origin of good will to all men at Christmas time with a huge increase in charitable giving at the time. A story told and retold, this time with puppet tom foolery and singing from Michael Caine. 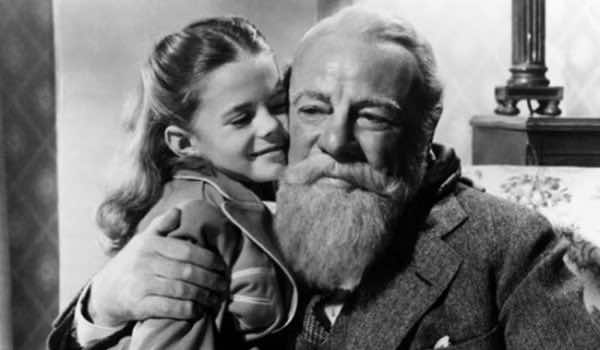 In all the hustle of today’s modern world, the internet and every answer at our finger tips, we often lose faith in what we can’t rationalise. It is this mentality that makes the 1947 film ‘Miracle On 34th Street’ possibly more relevant than it ever has been. 6 year old Susan doesn’t believe in Father Christmas. Her busy mother doesn’t want to fill her head with untruths, but Susan’s child mind wants to believe. When she meets the man that fits the bill, her attorney friend wins her and her mother’s hearts by proving in a court of law that that man is THE Father Christmas. Making two cynics and everyone else in America truly believe in Christmas.