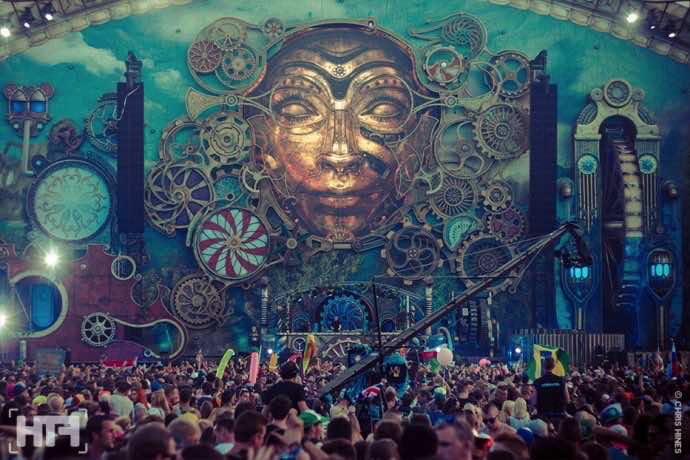 I’m sure if you’re anything like me, you love a good festival wristband. Not only are they a great memento of what was probably an awesome weekend, but they kind of work as a cool fashion accessory as well. I remember at one point in my life I had about 6 years worth of Reading Festival bands on my arm. Did they stink? Probably, but they looked cool as hell (Well…to me. Probably not to anyone else in all honesty!)

Over the years I have seen various wristbands come and go, from the standard fabric wristband, the plastics, the papers to the pre-pay cashless type that usually mess up, and everyone gets pissed off about. But one has always stuck with me. One that was potentially the best festival wristband ever!

Back in 2014, I attended the dance music festival Tomorrowland in Belguim. If you haven’t been before, you need to. It’s like feakin’ Disneyland! Every stage is beautiful, the lights and fireworks are just mind-blowing (check out those lasers in the image below), and even the food stalls looked impressive; not a greasy burger van in sight. I’m not even that into dance music, and this was still one of the best festivals I’ve ever been to. Just go! 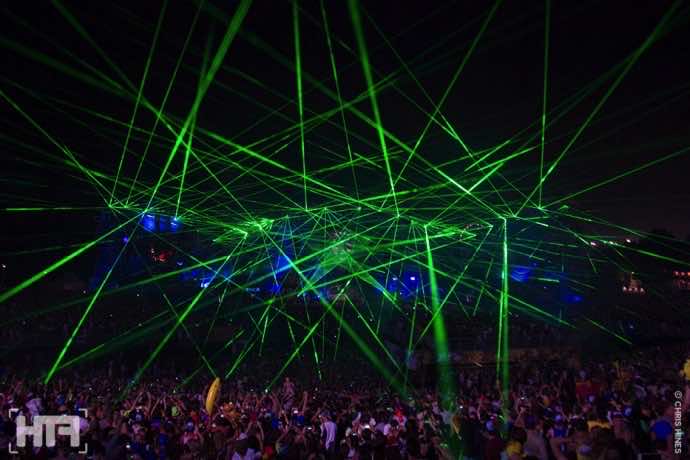 But what did it for me the most…was the wristband. This wasn’t any old fabric print; this was some next level shit. More of a wristwatch, a wristwatch with special powers. A wristband that was pretty much the ‘Concorde’ of festival wristbands; you will discover why soon. 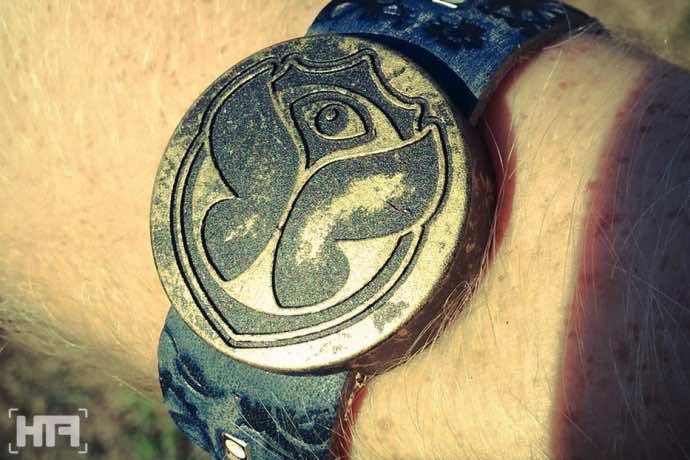 The first power we discovered was that our wristband opened gates. Instead of having a volunteer in a high-vis checking your wristband every time you went in or out, your wristband worked a bit like an oyster card and you just walked in and out as you pleased. Pretty damn handy right? Nothing mind blowing, but helpful.

It also had LED lights installed into the strap that fired off during certain DJ’s sets. I remember losing my shit during Dimitri Vegas & Like Mike on the first day when the whole crowd’s wristbands started changing colours to the beat. Now that was pretty damn impressive!

But the best thing of all, and get ready for awesomeness, you could connect it to Facebook and then go around collecting friends by both pressing a heart button on your wrist strap, and sending them a friend request!! You also got sent all their contact details in a daily email. What is this wizardry?!

This was such an exciting step in festival wristband history. I’m sure we have all been annoyed that we didn’t get that person’s contact we met doing limbo in the campsite, or get that cute boy /girl’s contact we watched a DJ with. This was the ultimate solution to that. With a simple click of a button, your new friendship was solidified and was easy enough that even the most drunken of festival goers could still just about manage it.

Now was the system perfect? No, not by any means; there was plenty of people lining up at the information booth who just couldn’t get it working. It was buggy as hell; I’m not gonna lie. But the big question is, why now three years down the line has this not been perfected and brought back? Why was such an awesome idea just shelved? (seeing the Concorde reference now right?)

This genius creation in wristband technology bought the festival experience to a whole new level and, although far from perfect, was an idea that looked to really extend the joys of the festival experience and bring people closer together. Aside from the music, this is what festivals are all about; connecting with other like minded people. Such a simple idea had so much potential and, with the advancements in technology in just the last few years, I’m pretty sure this could even extend to any social network or a whole other word of madness. Chuck the cashless system in there as well and we have the ultimate festival buddy right there on our wrists!

The Tomorrowland 2014 wristband gave us a taste of the future of festivals even if it didn’t fully work, and for that, we have to give it praise. Like the Concorde, it may currently be dead, but its time will come again, and it’s safe to say it will return bigger and better than ever before. I tasted the future of wristbands, and it was good!

You must visit Tomorrowland, and here’s why.