Focus Features have released the first still from the production of upcoming horror sequel, Insidious 3. You can check out the image above which shows some of the cast standing in a dimly lit room taking instruction from director, Leigh Whannell.

The announcement also got us thinking about what we already know about the film and who will be returning to the franchise for the third time round. So here’s our list of three things that have already been revealed.

1) Director of the first two films, James Wan, will not be returning this time round. He is currently busy working on post-production on Fast & Furious 7 due out next year. Instead, his writing partner and main collaborator, Leigh Whannell, will be in the chair to oversee operations. Whannell also stars in the movie as Specs, one of Elise’s working assistants.

2) The movie will be a prequel to Insidious and the Lambert family who feature in the first two movies will not be the focus of the third film. Patrick Wilson and Rose Byrne only agreed to return to Chapter 2 because Wan was directing, but when he left they also announced that they wouldn’t be returning. The movie will this time feature a different family and will pre-date the original. 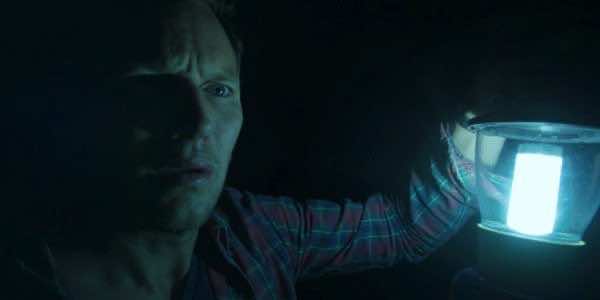 3) The film opens in the US on 29 May 2015 with a date for UK release having not yet been revealed. This will be four years since we were first introduced to The Further and its haunting inhabitants.

In this article:Insidious, Leigh Whannell