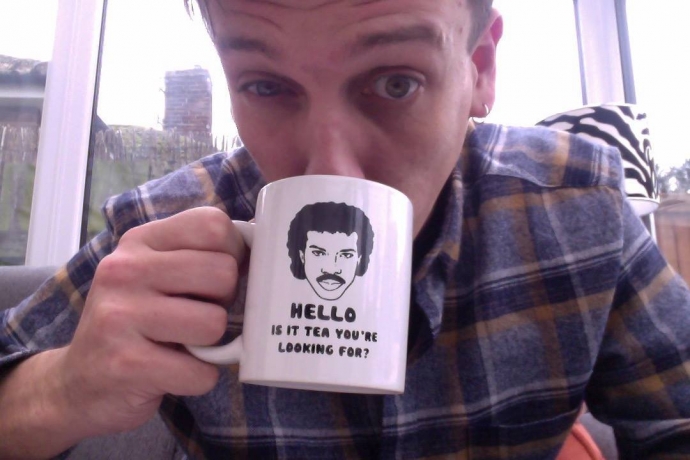 Hello Planet Earth! A fond, prosperous and jovial greeting in to 2016 to you all.

Well we can certainly say that last year was quite a year for the music community – both in triumphs and tragedies in equal measure. But on the plus sides we saw an ineffable rise in vinyl sales, a load of awesome reunions, some incredibly mind-blowing albums, envelope pushing music videos, the worldwide explosion in UK Grime, and of course… John Williams’ return to composing the new Star Wars movie (sorry, I had to throw that in there).

However in between all of this, 2015 was also the birthplace for some of the most insincere, one-dimensional, turgid, effortless, formulaic, and mind-searingly boring songs to have graced the mainstream music charts – even the underground music community as well. So much so that it has taken myself a few weeks to compile this list because of the sheer fact I was spoilt for choice with absolute howlers!

So amongst all the ridiculous Twitter speak, non-sensical slang which even street slang does not even understand, and the materialistic woes of puppets (artists) put on a mainstream pedestal, I dive to the murkiest part of all – the dreaded top ten shittiest songs of 2015. So make yourself a nice cup of whatever, sit back, and prepare to grimace along with myself as we look back at my personal pick of the worst songs of last year!

Whilst his musical talent and success cannot be denied (along with the sales of big hats), it still aggravates me to this day how someone who came from a well up background, without much ado in terms of earning his keep, has suddenly gone worldwide – all due thanks to being groomed by industry moguls who are throwing cash investments at him so we are forced to listen to his material everywhere we go. The amount of times I have heard this played is vexing. Whilst this song is not awful, it certainly belongs in this list because of how much we have had to endure it.

Many people threw their arms up in the air when they found out that Sam Smith was to record the new James Bond song for the latest instalment Spectre. I have had a problem with Sam Smith since he released that fucking god awful ‘Money In my Mind’, and in the same circumstances as James Bay… I am still pissed off as to how much we have to endure Sam Smith worldwide because the music industry moguls insist on injecting cash in to the PR machine to brainwash us all with this. But what makes matters worse, is that there were probably loads of incredible artists to choose from to do the new theme. Smithy boy absolutely murdered what could have been a stellar contribution. Debate rages on to this day if Sam Smith has even seen a James Bond film, or if he actually knows who or what he is…

I really, really do not get what the general public sees in this song. Yes there is an outrageous dance move for a few seconds, but for fuck sake listen to the song. LISTEN TO IT. It is so, so average, and it isn’t even remotely exciting. This is the kind of music that would make great elevator music for those jacking up on downers in a lift going up a 100 storey building. Slow… monotonous… boring. Although I decided not to put him too high up on this list, purely because Drake champions UK Grime, so I am rather cool with that.

Oh, what do we have here? Hideously mundane electronic act who compose some ‘soul stirring’ piano arrangements, with an ’emotionally investing female vocal’ on top, which then fades in to a low end filtered drum and bass instrumental, which then kicks in to its original frequency, therefore giving the listener exactly what they are listening to – The complete and utter moronic bastardisation of drum and bass in the most sickeningly, pretentious, and materialistic of ways possible. This musical formula is getting boring now. Please sod off!

Speaking of mind numbingly boring formulas, in electronic music in 2015 no one, and I mean NO ONE epitomised the depressing, fake, and soulless direction to which it is going in more so than Hardwell. I reviewed his album early last year, and to be quite frank… I was not impressed. Is this really what is known as ‘forward thinking’ and pushing the boundaries in the present day, compared to the likes of what The Chemical Brothers, Fatboy Slim, Moby, The KLF, and more had all achieved in the past? Well if it is, then I do not want no part of it. ‘Sally’ comes complete with some of the most ridiculous lyrics, and horrible use of electronic-rock dynamics heard all year.

This probably has the most annoyingly catchy hook of the year, complete with a slight bit of plagiarism in some parts which sounds like DB Boulevard’s ‘Point Of View’ (co-incidence much?), no one or anything was escaping Jess Glynne. In all fairness, she is a talented singer. But I find her extremely boring, and this song is just a fine example of what happens when a song gets so under your skin that it makes you want to stab needles in your ears and gouge out your eyes with a spork. I can quite happily do without this.

I do not care if it is a nice sentiment towards Paul Walker from Fast and Furious 7, this song is intensely dissatisfying. The instrumental is actually quite smooth, and Wiz’s lines are not bad, but Charlie Puth… Charlie fucking Puth. How annoying, grating, and mind-searingly agitating are his vocal lines?! He has way too much time on this song for my liking, and Wiz is under-utilised. I like a bit of falsetto vocals, but Charlie Puth – learn to sing in another octave please. There are thousands of dogs screaming worldwide having to listen to your high-pitched frequencies – some of which are unattainable to the human ear. I would be careful that you do not get done for animal cruelty!

This one was a bit of a surprise for me. Space Ghost Purrp’s debut album The Mysterious Phonk was awesome. Great production. Dark, menacing, brooding, dynamic, and some eerie vocal lines. But earlier in 2015 he recorded a new EP called Richest Revenge. It is every bit as shit as I did NOT expect it to be. Terrible production, idiotic lyrics, and absolutely no effort or passion whatsoever. But this track had to be the worst of all… which is a shame, because Purrp is bloody great when he wants to be. Lay off the sizzle, and write something awesome like you used to! Don’t give me this garbage, give me substance! One of the worst hip-hop releases of 2015.

This was arguably the most overplayed song on mainstream radio last year. That’s right, the man who likes to sing his own name in his songs, came back with this 80s tinged howler. Full of insincerity and mundanity in equal measure, ‘Want To Want Me’ contained the most annoyingly catchy chorus of the year, and was overplayed to an unfathomable degree (particularly Heart FM – seriously, stop wasting your budget on repeating this 10 times a fucking day, along with all the other same songs!). Usually I like a bit of Derulo, but this song? No. Absolutely not. Fuck off. Fuck right off. This song is bordering on Natasha Bedingfield lines of murderous catchiness. Never a good thing.

OK guys, let me fill you in on something. I have seen and heard many falls from grace in the music industry in my time. Some more notable than others (but mainly Lil’ Wayne), but nothing on this planet prepared me for the stunning, jaw dropping fall from grace that was Kid Cudi. So much so, that I included the whole album at number one. This was not just one song that was victim to horrendous crimes against humanity – it was all 26 songs. This album was basically Kid Cudi trying to go ‘grunge’, dare I use that term in a terrible way.

Cudi also sounds like he is trying to channel the emotion, confusion, and pain of Wesley Willis – only thing that Wesley Willis sounded nowhere near as terrible as Kid Cudi does on this absolute shit piece of a release. Somewhere in America right now, I can imagine that co-producer Plain Pat is rocking back and forth in the corner of his room reflecting on this recording and production session like a haunted Vietnam veteran, muttering “you weren’t there man, you weren’t there…”. My sympathies lie with you, my dear man. I too am traumatised.