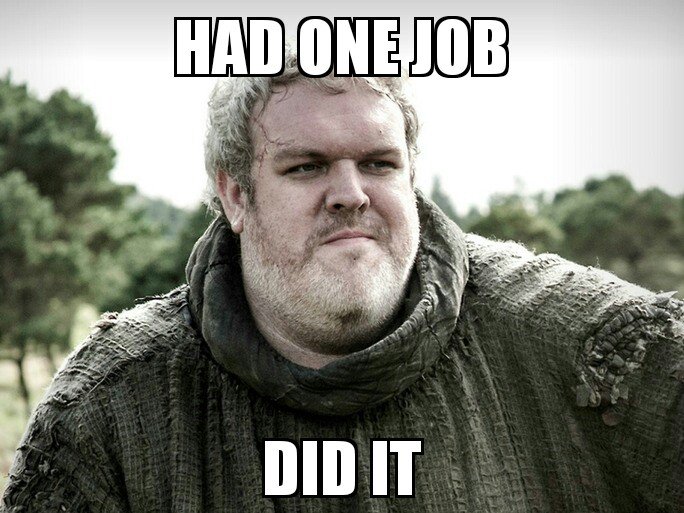 Game Of Thrones fans were devastated this week as the latest episode saw the death of the gentle giant Hodor. Tears flowed as Hodor made his exit in heroic style as he held the door to the Weirwood tree allowing Bran to escape from the White Walkers and Hodor ultimately meeting his death from their hands.

This selfless exit also revealed Hodor’s biggest mystery as we flashed back to his childhood in Winterfell and saw young Hodor, aka Wyllis, have a premonition about the future that resulted in him saying one phrase over and over again…“Hold The Door”.

In memory of the great Hodor, here are some of his best memes……