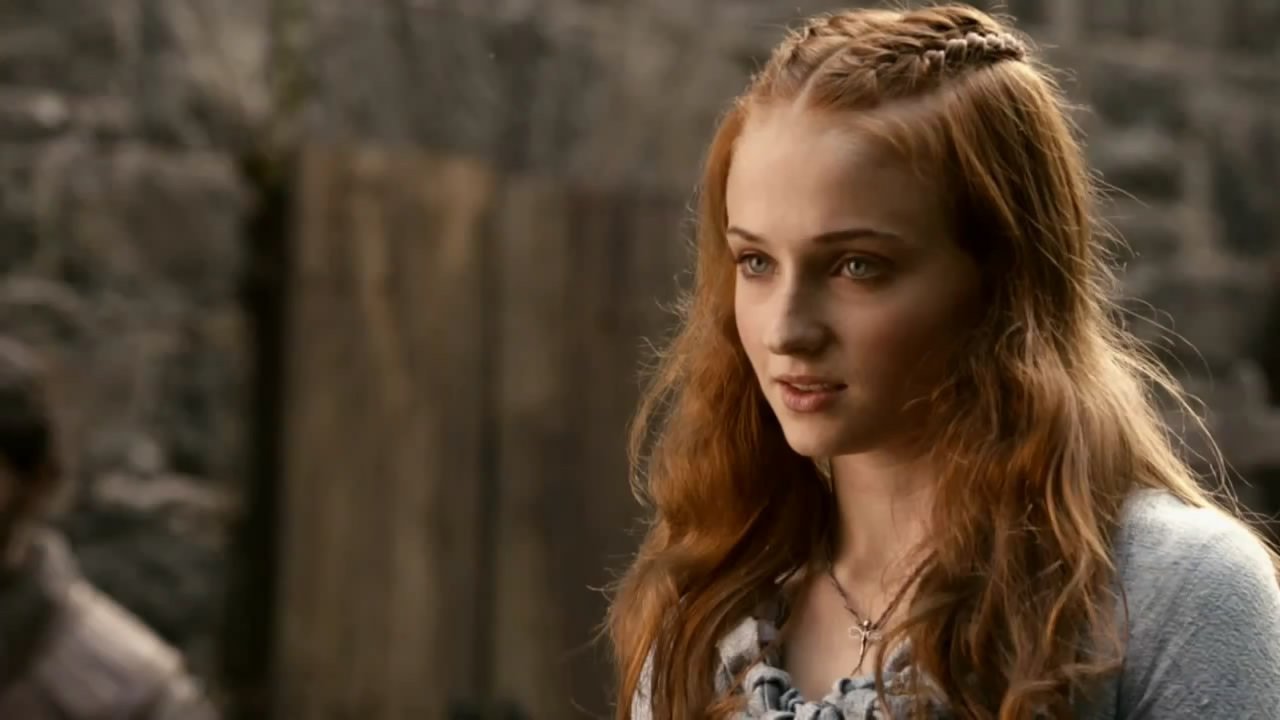 The internet is still in uproar over the recent Game Of Thrones episode ‘Unbent, Unbowed, Unbroken‘. The episode closed with Sansa Stark being raped by Ramsay Bolton. This tweet pretty much sums up how the majority of the internet feels.

Before talking about Sansa, let’s first consider the fate of longtime character Ros. A prostitute who spent most of her screentime having sex with patrons, a far cry from the sweet innocent Sansa. Ros also suffered probably the most pointless death of a main character in the show so far.  In an incredibly disturbing scene, King Joffrey forces Ros to beat another prostitute to death just to annoy his uncle. He then murders Ros as well. Now long before this scene we know Joffrey is an evil little prick. By forcing Ros to kill the prostitute the goal of seeing just how evil Joffrey is, has been achieved, yet he still needlessly kills Ros. To make the point even plainer, her death is revealed in a brief sting while the men (Littlefinger and Varys) are busy talking. Ros’s death adds nothing to the scene and is literally just to add shock value.

Now back to Sansa, the criticism the show has recieved also comes from the notion that the rape adds little to a character who has suffered so much already. And while it’s true that rape should not be used lightly, to not explore it because it is uncomfortable isn’t what makes good TV. Game Of Thrones isn’t popular because of the magic and dragons; it’s popular because, despite the magic and dragons, the characters and motivations run parallel with real life. And unfortunately rape occurs in real life.

We’ve already seen how (some) characters are changed from their dramatic elements. Theon is barely recognisable now as Reek. He became Reek at the hands of Ramsay Bolton and it wasn’t overnight either. It was a long, drawn out affair as we slowly saw the humanity of Theon stripped away till there was only Reek left. So where Theon’s castration was shocking, it was fully explored and so couldn’t be considered for shock value.

So the difference between Ros and Sansa? You can guarantee the aftermath of Sansa’s attack will be fully explored and add further depth to the character, whereas the same can’t be said for Ros.

This simply reveals that a girl being raped isn’t the issue. It’s a beloved girl being raped that is the issue. Violence is fine as long as it happens to the right people. What on the surface seems to be a women’s rights issue, is simply fan-boy outrage at something terrible happening to a character they like.

While it’s certainly true that Sansa’s character has been on an incredible journey from seeing her father decapitated at the end of the first season, to being married to Joffrey; saying a character has been through ‘too much’ to be raped…well that’s not how rape works is it? That is to completely misunderstand the concept of rape. A jury of 12 people don’t come together to judge the way someone has lived their life and then pass a sentence of: rape. Rape can happen to anyone at any time. It’s not a persons ‘journey’ that results in rape, but just being in the wrong place at the wrong time, being born into the wrong family or putting trust in the wrong person.

The world of Game Of Thrones is a violent one, but also a real one. Women are treated horrendously, but the inclusion of dragons and magic allows us to take a step back and call the events ‘barbaric’, where the truth is dragons are pretty much the only thing that separates us from them.

Ros represents our collective indifference for events happening outside of our bubble. That doesn’t even mean in some war torn part of Africa but pretty much anytime someone is raped and doesn’t come up with a hashtag fast enough to garner justice.

And Sansa represents the reality of rape. Certain depictions of rape tend to rely heavily on the physical bloody violence as a means to communicate the characters trauma and distress. It’s a lot easier to see a black eye and bloody lip to understand the consequence of rape, than seeing someone fine on the outside and dealing with the psychological trauma within. Rape is a complex subject and by having a young girl raped and allowing that to be the starting point of the story and not the end, we as an audience are engaged with the lasting effects that millions of people have to live with. When Game Of Thrones stops tackling uncomfortable subjects it becomes a lesser show.

Advertisement. Scroll to continue reading.
In this article:editorspick, Game of Thrones