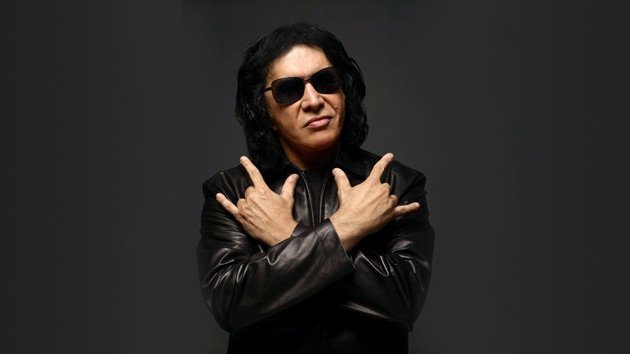 I’m sure you have all heard stories of Kiss bass player Gene Simmons’ legendary way with the ladies. Firstly we at HTF would like to congratulate him on managing such a feat looking as he does (Clue: He’s the one above with the tongue…ladies love a tongue) but we guess he must have a big erm…wallet? or something.

Gene Simmons has claimed to have bedded 4,800 women. So it’s no real wonder that the band have their own brand of condoms. Speaking to The Sun, Simmons said “It’s 4,800, I took Polaroid photos for a long time. I took photos of the vast majority. It just proves you can be an ugly bastard and if you’ve got the right job you’ll have access.”

That’s one feat of endurance. How much endurance exactly remains to be seen though. Until now!

Our mathematical experts have put themselves to the task of working out just how many calories Gene Simmons has burnt off across his entire sexlife.

There’s a few assumptions we have to make for the sake of, you know…actually working this out. Firstly, we are assuming that Simmons has never slept with the same person twice. Daft we know! But it’s easier that way!

“Experts” claim that half an hour of sex burns at least 144 calories. We don’t know the exact details of Gene’s “motion in the ocean” but there is a sex tape available staring him. We elected not to research it.

Going by the assumption that Gene averaged 30 mins with each “beauty” across his lifetime, we can easily calculate that he has burnt off 691,200 sexy calories in his lifetime. A marathon is estimated to burn 2,500 calories. That’s right… Gene Simmons has fucked his way through 276.48 marathons!

But let’s get real here… Gene probably doesn’t bring his A-game every time. If he was a one minute wonder, he would still manage to burn off 9.2 Marathons worth of sexy energy across his 4,800 shags.

But what about his long ass tongue? Oral sex burns off 100 calories per half hour. So say Gene gave his tongue a good wagging for 1 minute per conquest. He would burn a total of 16,000 calories, which equates to 6.4 marathons.

We actually don’t know what to say anymore…

In this article:editorspick, Gene Simmons, KISS