With Spring in motion, the days have become longer, and the dread of cold is no more. Fun is on the horizon, those plans you made for summer 2017 are that much closer to becoming a reality. For many, one of the first things on the to-do list is Love Save The Day. The daytime festival spanning across Saturday and Sunday held in Eastville Park.

LSTD has qualities that part them from the handful UK based daytime festivals that know how to throw a real party.

Some of my more earlier memories of going out were through my local leisure centre. Every Saturday they held an under 13’s roller disco, in that social hierarchy began. Laced in the freshest ECKO tracksuit, I bowled down to relish the opportunity to take what I learnt from my driveway to the floor of the disco. There was me thinking I was straight out of the 1979 picture Roller Boogie, trying to do what I sadly couldn’t. Nonetheless, hearing LSTD had a roller disco was like seeing Bruce Wayne look up to the bat signal. I knew the time had come to don the red and blue roller skates once again. 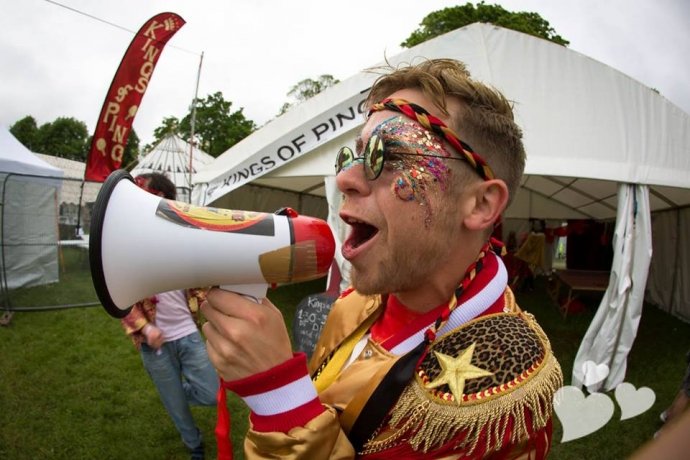 It’s usually me, the one whose loses functionality of the limbs, after having one too many. Whether it’s the motion of lifting a pint glass to my lips or the instinctual action of walking in a straight line – My ensemble of ‘litty’ garments gets ruined from one or both of these mishaps. Let’s fast forward past the point of the gruelling chore of eating an XXL kebab – I wasn’t ready for – through the sobering up period. To the point where I need a new shirt to see out the night because miraculously I’m still inside the festival. By the will of whoever or whatever religious figure you believe in; ‘I’m still having it large’. There’s only one thing that stands in my way at this point of realisation, and that is the need to replace the stained or ripped piece of clothing with something a little fresher.

Rest easy, throughout the run-up to the big day and know that if you are the character in the paragraph above, or you, like me, can’t hold a drink down. Hope is not lost. LSTD intuitively has thrift shops stocked with some interesting pieces from local designers and various vintage outlets.

The fully rigged 360 degrees rotating stage made entirely from recycled scrap metal is back. Arcadia Afterburner is sure to lift the hairs on the back of your neck. Wethers it’s the fire that thrusts into the air then disappearing into the dark. Or it’s rotating motion. The music and theatrics at the Acadian stage are ones to be admired and enjoyed. With it only being made available for Glastonbury and Loves Saves the Day be sure to catch a glimpse this year.

Acadia Afterburn will play host on Saturday to Techno heavyweights; Ricardo Villalobos as well as Craig Richards and Peverelist & Hodge. On Sunday it will change the pace and become ground zero for some DnB action. Headliners include DJ Hype B2B DJ Hazard, Friction and Dimension. 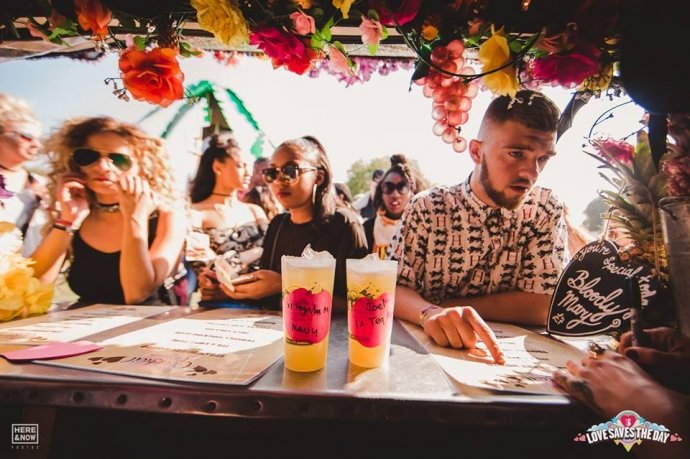 We can all agree it’s never a highlight waiting in line for a drink, especially at a festival. It’s the room for error I can’t seem to deal with. Miscommunication, unfortunately from the surrounding racket, usually ends up with me paying for a double, when my request was, in fact, a single. The convenience of hotline style bar service made available at LSTD makes me once again forever indebted to Bristol promoters: Team Love. 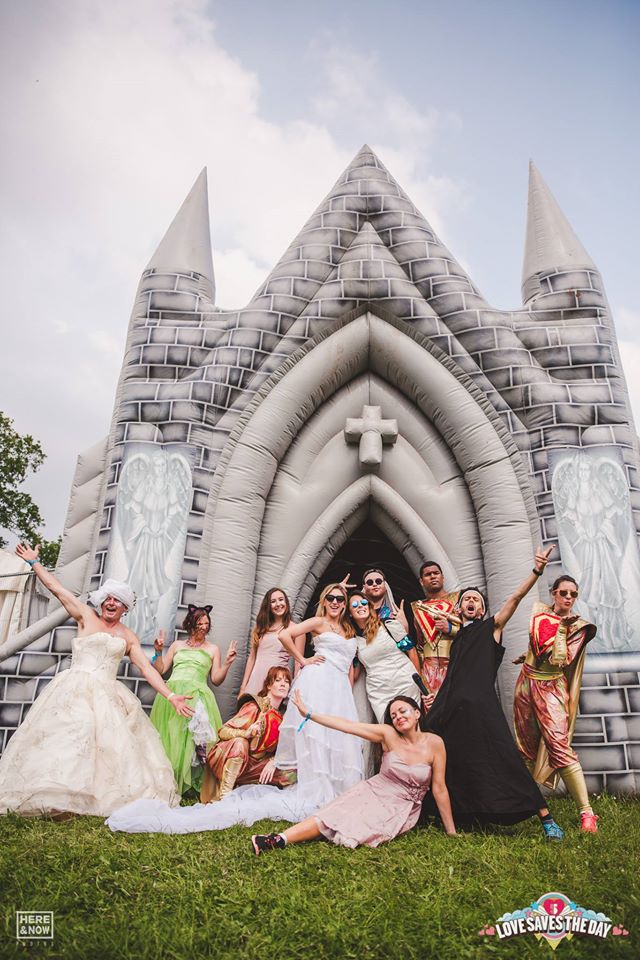 Can I say I have never caught the love bug at a festival? No. Anyone that knows me knows I fall easily.

Dancing between the various strands of light, amongst the silhouettes there she was. From then, I was hypnotised by my unceasing desire for her. It takes a couple of days to for our eyes to meet across open plains of the festival grounds but the opportunity struck, and I wasted no time. I took the plunge and began the long walk to my unnerving fate. To my surprise, she welcomed my introduction. As we meandered through many conversations, I knew I wanted to make my intentions clear. So I stood provided a hand to the lady and waited for her to stand. As our eyes met four words followed; Will You marry me? From 1st insight into such beauty, I was certain she was the one.

That all sounds bloody marvellous but to be honest, it was all a dream, but if love does strike at LSTD, the chapel is available to all.

Do not miss the chance of experiencing this fantastic festival, grab your tickets here.