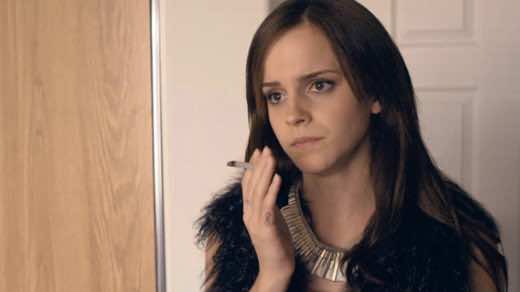 Calling all fashion hungry people, the wait is over! The release of The Bling Ring next week is sure to satisfy your appetite for fashion flicks. Described as ‘darkly humourous’, Sophia Coppola’s latest offering, The Bling Ring, is based on the recent true events of The Hollywood Hills Burglars – a group of teens with a taste for crimes of fashion – of the best kind.

As they steal, cheat and deceive their hands into the clutches of Miu Miu, Prada and Chanel, but as always, the law eventually catches up with them when they become too engrossed in their lavish ways and begin to make foolish mistakes.

So who better to front a film about fashion than Burberry’s leading lady – Emma Watson. She most likely threw off her Hogwart’s costume, trampled on it and scorched it in flames for the huge hype her transformation to play Nicki has caused.

As the queen bee to the Bling Ring, Nicki is sexy, sharp and sophisticated, and although she may prove to be an airhead, there’s no denying she looks great. When film stills leaked online of Emma dancing for the sexy nightclub scene, people went crazy to see a provocative side to the actress, and even male audiences pricked their ears up in anticipation for the scene in question.

Flawlessly radiating a playfully mischievous style, Nicki’s LA inspired costume was created from the pages of In Style and US Weekly, with costume designer Stacey Battat scouring through copies of the magazines dating back to 2003.

Creators of the film however were keen not to establish the timing of the events – which took place between October 2008 to August 2009 – due to the the technology being more recent, and the fashion being based around 2008. “We really wanted to be able to use Juicy sweatsuits, but it also didn’t make sense to make the movie in this day in age without iPhones and Twitter,” Battat explained.

It makes 2008 fashion seem vintage and hip now we’re in 2013, but there really is a subtle-but effective-change in that short time. For example, remember when UGGS and Juicy Couture dominated?

Drawing inspiration from the styles of the stars targeted by the teens, Battat explains how the styles developed, “In the beginning, they wore more generic things like those kinds of girls usually would wear like H&M and Urban Outfitters. They wore Free City; They wore Wild Fox. Then, as they rob the houses, they begin wearing designer labels like Dior, Louis Vuitton and Herve Leger.”


We think that beats The Devil Wears Prada’s record, but as for it being any good, we’ll see!