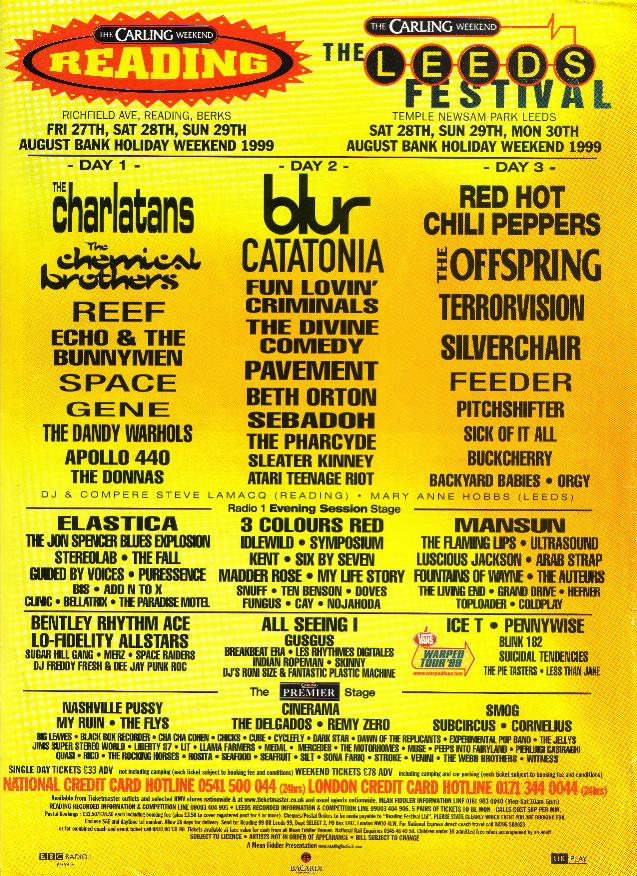 My first ever Reading Festival was back in 1999, back when the toilets were so bad you had to literally stuff tissue up your nose and put a gas mask on to go anywhere near them.

Rock bands reigned supreme – The Charlatans, Blur, Catatonia, The Offspring and The Red Hot Chili Peppers were among a few of the main stage acts – and any hip-hop and dance offerings, with the exception of a few bigger names, were generally shoved into the Dance Tent over the Friday and Saturday.

Even though Reading always had a home for dance and hip-hop, it has always been one for the rock fans and throughout the early 2000’s, rock certainly asserted it’s dominance.

As a perfect example, 2001’s Friday main stage could have easily been a day at Download Festival; but oddly with a sprinkle of Xzibit between System Of A Down, Fear Factory and The Cult and Eminem headlining over Marilyn Manson and Papa Roach. Both rap artists were seemingly out-of-place bookings at the time, but ultimately still captured rock fans with their aggressive delivery and controversial lyrics. Manson even came out on stage with Eminem giving him that extra rock credibility. Run DMC also made an appearance on the Saturday but that was as far as it went with non rock acts on the main stage.

In 2002 though, hip-hop and dance were gone from the main stage almost completely. The year’s only addition were The Prodigy who were arguably a dance/rock band at this stage. 2003 had Jay-Z booked but he pulled out, so that only left The Streets within a mass of indie, pop-punk and metal. By 2004, we had Jurassic 5, who we’re just too cool not to enjoy and 50 cent who literally got bottled off the stage and really showed just how much the rock fans were protective over their festival.

To be fair to fiddy though, he wasn’t the only one bottled that year. The Rasmus only lasted one song. Rock fans can be a brutal bunch when they want to be.

Over the years that followed, rock still dominated above all. The Dance Stage went down to one day whilst the once Warped Tour Stage – soon to be the Concrete Jungle, Lockup Stage and The Pit – expanded to two and, by the late 00’s, having any sort of non-rock act on the main stage was a rarity. In fact, having any non rock acts anywhere outside the dance tent was uncommon for a while.

Now let’s fast forward to the year 2013. An important year for the festival. You could call it, the catalyst year. 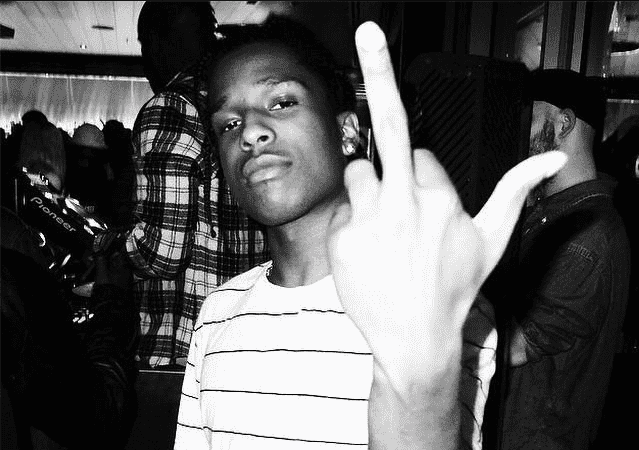 While the main stage remained fairly rock heavy, with the exception of Eminem and Chase and Status, the line-up on the smaller stages were starting to indicate a shift in a new direction for the festival.

The Dance Stage increased to cover the whole weekend, with acts like Skrillex, A$AP Rocky, Azealia Banks and Major Lazer topping the NME Stage billings. The birth of the BBC 1Xtra tent gave grime and rap a home for the first time in the festivals history with acts like Wiley, Devlin and Wretch 32 given headline slots. Seeing industrial rock legends Nine Inch Nails play to half the crowd you would expect was certainly an indicator that something was changing. And this shift just kept going.

Over the following years the popularity of the 1 Xtra Tent grew and grew and a visible shift in the type of music fan attending was starting to become more and more apparent. The rock fans started to become surrounded by bucket hats, man bags and tracksuits and the urban music acts were packing out tents more than ever before.

Then the biggest change of all hit…2018!

Looking at this years line-up for the first time was certainly a shock for many. For the first time in the festival’s history, 30% of the main stage line-up was not rock music. This year’s included Travis Scott, Big Shaq, Post Malone, Protoje, J Hus and Krept X Konan while Kendrick Lamar took the Saturday headline slot. Dua Lipa was someone you would expect to see at V Festival catering for the mainstream pop crowd. The last time Reading put a pop act on the line-up was in 2000. Daphne and Celeste were put on before Slipknot for a laugh…and we all know how that ended.

The Radio 1 /NME stage continued the infiltration with Diplo, Lil Pump, Brockhampton, Wizkid and Mist and even The Pit was now hosting $uicideboy$. You really started to think “Am I actually going to Reading or is this V Festival or Wireless now?! Is this the end of Reading Festival as we know it?”

Some fans dubbed this year “the worst line-up ever!” and there were a lot of not so happy campers voicing their concerns. But was this really the end, or was this something more?

I don’t think anyone is in any doubt that the music landscape has evolved a hell of a lot over the past few years. Where rock music used to rule the roost, hip-hop and urban music especially, have slowly pushed up and up and up and become a mighty force to be reckoned with.

Not only this, but the festival scene has also massively changed over the years. Back in Reading’s rock prime, festivals like Download Festival didn’t even exist and over the years we have seen them drag a lot of the heavier rock and alternative acts over to their fields along with the crowds that followed the genre. Indie rock just isn’t where it used to be as far as mainstream success goes now and most kids these days are listening to DJ’s and MC’s. This is the reality of where we are at now.

Melvin Benn, the main man behind the festival said about the line-up: “I did get some criticism that there wasn’t enough guitar music on it, but I felt that we were reflecting not just what people were listening to, but also what, in some respects, is the new rock’n’roll.”

And did it pay off for the festival? Yes it did. Reading sold out in advance and it’s sister site in Leeds reported the strongest sales they have had in years.

While the festival may not have felt the same for those of us who have been going for a long time, it was clear just by watching the crowds reactions that the festival is certainly securing itself for the new generation. When you look at the size of the crowd for people like Post Malone and Travis Scott, it’s hard to argue their huge appeal. Even Big Shaq who was first on rammed the place and that’s not something we are used to seeing!

I mean yes, Wireless Festival has that scene well and truly covered already, but if Reading can strike the right balance, it could easily be that midway for those who do like more than just one genre, something a friendship group can all go to and all enjoy. Somewhere that is going to consistently supply huge names from across the musical spectrum.

I’m pretty open minded music wise but I can imagine for some die-hard rock fans though, despite the mass of rock bands still featured, this may be the time where some walk away. For a lot of people it’s not just about the music but also about the community and, in reality, some people just like being around their kind of people. It’s the reason why somewhere like Download Festival is so adored as people feel they can be themselves and are surrounded by like-minded others. Humans are very tribal in this way.

For this reason, I think next year will be a very critical year for the event in nailing its identity. If they can keep their long-term fans happy while bringing in the new, they will have a sure-fire winner on their hands. If they go too far though, as much as it may work in a business sense, they may lose their credibility and just be seen as having sold out to the mainstream.

Either way, it seems to be an exciting time for the festival. Ultimately it’s a change not everyone is going to like, but it is a change that could keep Reading Festival alive for years to come. Like the music world itself, the boundaries are constantly being pushed and I’m certainly excited to see where this goes.