No matter how good something is, you always feel like the grass could be greener on the other side. The UK is incredibly lucky with the quality of festivals relentlessly put on every year; but they don’t receive the same global hype as America’s flagship festival, Coachella. Maybe it’s because some of Hollywood’s biggest stars attend, but is the festival as a whole better than Glastonbury for example? But it’s fair Coachella gives you something different and special. 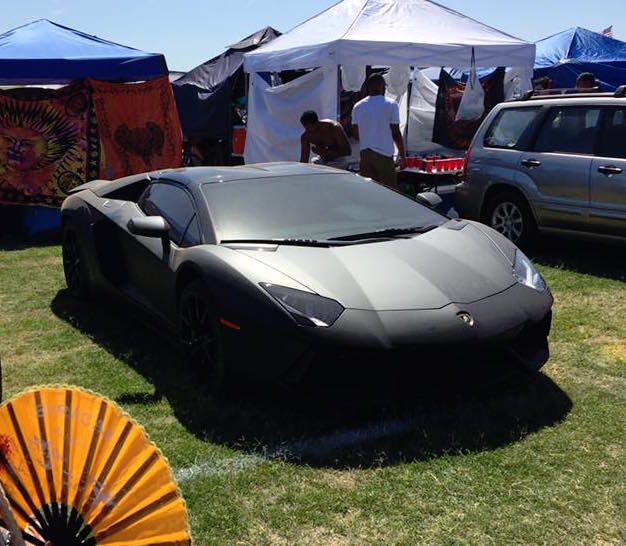 Like a lot of UK festivals, the camp and arena were separated, but the biggest difference at Coachella was that the campers were allocated spaces where they park their car, peg up their tents and pop up a gazebo all in the same little area. A lot of people treasure the camping experience and having a car right next to you made life so much easier; your valuables were locked away, you didn’t have to drag a heavy tent or bag to your spot, and at the end of the festival the campsite was a lot cleaner. Because of this, people go all out on their camping spot. On our street, there was a Lamborghini parked up, as well as a collection of gazebos that became a pop-up bar. You’d never see that back in the UK! As if you’d drive Lamborghini to Glastonbury, it would just get stuck in the mud, and you wouldn’t catch me trekking to the Dairy Fields with a generator. 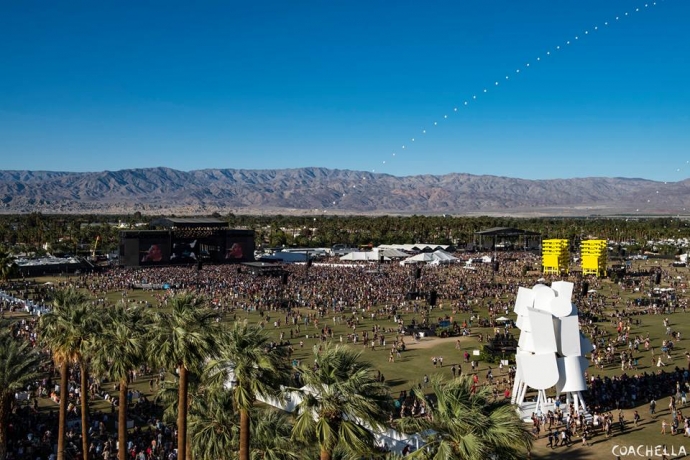 One misconception is that people tend to say that Coachella is in a desert – well yeah technically it is, but it’s in a country club right in the middle of a built up area. That’s not to say that we didn’t experience desert weather though as we fought against strong winds that blew the sand into our eyes and mouths while mooching around in the blistering heat – I actually started to miss the rain and Glastonbury mud. This heat wasn’t like Croatia’s Outlook though. It was so hot that I refused to wear underwear for a week so my chaps downstairs could breathe in a loose pair of shorts – tip: if you do this, watch out for the ball slip.

The environment is the initial culture shock, but inside the arena, you notice little differences. The biggest shock is the size, the festival’s Arena is only about the size of Reading; the stages were almost side by side, which made it easy to run between act’s but it was very underwhelming. Not only that, it was forbidden to drink alcohol outside the fenced off bar area that was found at the side of the stage – seriously not cool at all. 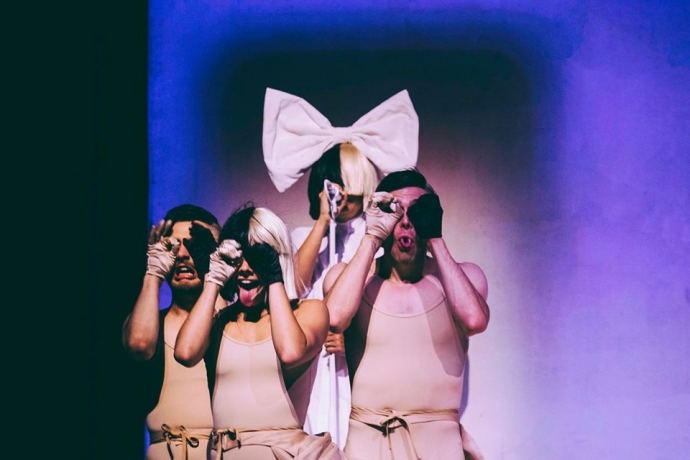 However, a festival comes down to the music, and Coachella has got it absolutely spot on. The visuals and stage production were some of, if not, the best I’ve witnessed at a festival. Ice Cube and Sia’s performances on the main stage (Coachella Stage) had that extra something with impressive set designs and choreography. Even one of the smaller stages/tents – Sahara – had fantastic visuals with multiple screens across its roof.

What makes Coachella one of the best festivals in the world is the countless special guest appearances over the weekend. Weekend 1 frequently captures the headlines, but speaking to people who regularly attend both weekends, Weekend 2 is meant to be a better option and is known to have more special guests. These guests outdo Glastonbury’s by a mile; we’re not talking Noel Fielding performing with Kasabian but more like Dr Dre, Kendrick Lamar, and The Game coming out with Ice Cube, Lil Wayne coming out with G-Eazy and Usher coming out with Major Laser. When in the UK would you see ASAP Rocky bring out Tyler The Creator, Miguel, and ASAP Ferg? Or Zedd bring out Kesha? 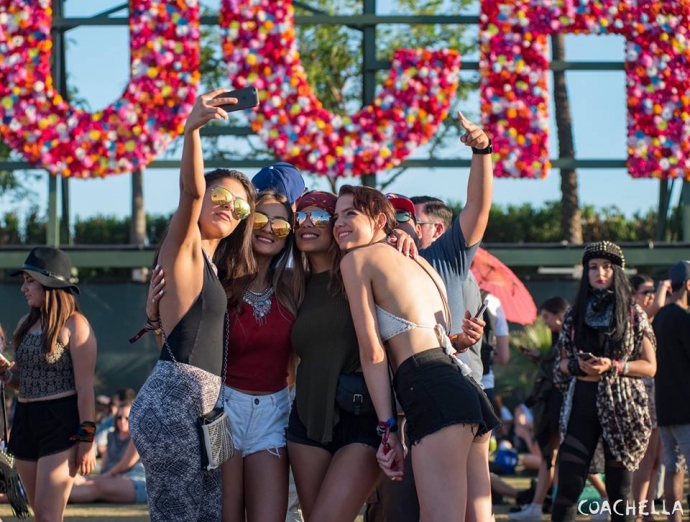 So, should UK festival-goers bother going to Coachella? Yes! You need to experience partying in the heat while surrounded by the beautiful scenic view of mountains and palm trees at least once in your life. When it comes to the production, Coachella almost outweighs Glastonbury. But to answer the original question: is Coachella better than Glastonbury? No, nowhere near; Coachella isn’t even in the same league. Where Glastonbury is built on the foundations of free parties and hippie culture, Coachella is very much built on commercial success; which is clearly seen from the type of artists performing, the almost lack of freedom you have and the high heels you see on most women’s feet. This commercial style of a festival is the reason why there is so much hype. It’s nice, but it doesn’t always feel authentic.

All in all, if you have the opportunity to do it, then Coachella is a must. It’s worth the effort and travel – I promise.