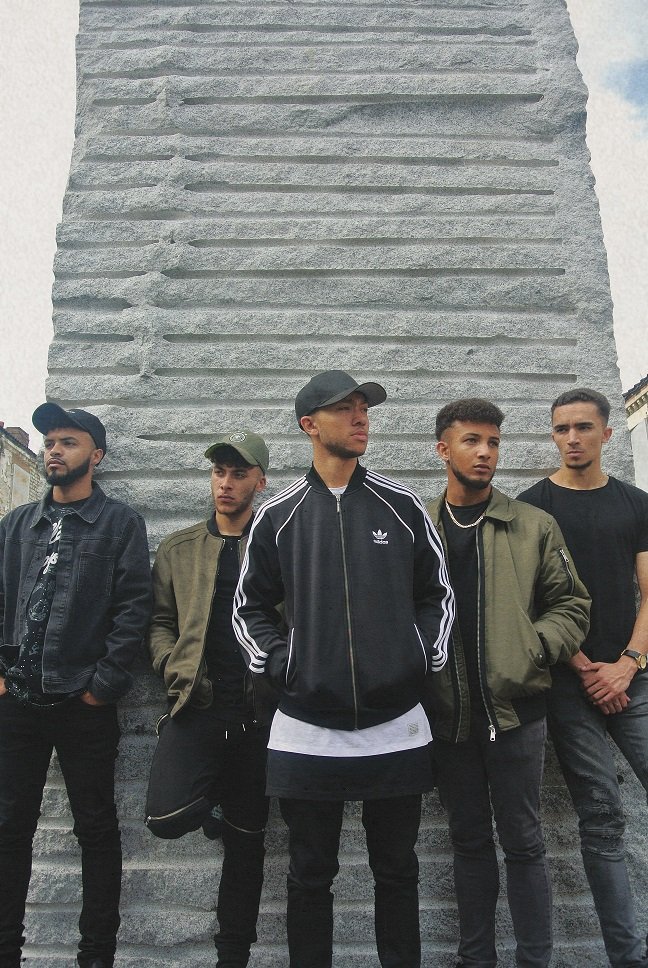 If you happened to be one of the thousands of people who went to see Justin Bieber on the European leg of his Purpose World Tour, it’s likely that you caught MiC LOWRY supporting him. The five-piece R&B/Soul boy band who hail from Liverpool are quickly making a name for themselves.

With the release of their new single ‘Oh Lord’ and a headline UK tour just around the corner, we caught up with the boys to find out exactly what it was like to tour with the biggest star in pop.

Hi, guys! It looks like you guys had an amazing time on tour supporting Justin Bieber! Did you ever get used to playing to such huge crowds each night?

“Yeah, the tour was crazy! For the first couple of shows, we were really nervous, but once we had settled into things we were just excited to get on stage every night. After a month or so you do start getting used to it, but you never tire of the rush of performing to that many people.”

Has the experience made you more determined as a band?

“100%, getting to see Justin‘s show up close and behind the scenes was amazing. He is at the top of the game, and that’s where every artist aspires to be. It’s given us so much inspiration to strive to reach that point.”

What was your favourite city to play in?

“Probably Lisbon. Although it wasn’t the biggest venue on the tour, the atmosphere was unbelievable. We also did a #mannequinchallenge that night with the whole arena. It was mad!”

Did you learn anything surprising about each other whilst travelling together for so long?

“Nothing we didn’t know already know. We’ve been together now for over five years, and we see each other near enough every day. We’re like family.”

Do you have any pre-show rituals?

“We have a little “hands in” moment before we go on stage. Just gets everybody hyped up and ready to go on stage.”

Did you ever see what Bieber was doing right before he performed?

“Yeah, he has a little pep talk with his dancers and his band. I think he leads them in a little prayer and then they all get hyped up and start the show.”

We know Bieber is a busy guy, but did you manage to spend any one on one time with him?

“Yeah we’d play football with him before most shows and we went to a couple of after parties together as well. He was really cool with us.”

Did he give you any memorable advice about touring or the industry in general?

“Yeah, he gave us some really good advice actually. He said it’s really important to try and keep yourself grounded and make sure you have good people around you who have your best interests at heart.”

We bet the catering was amazing! Does cooking your own food seem rubbish now?

“The catering was one of our favourite things about the tour haha! But yes, now our diets have regressed back to fast food and takeaways.”

You must have seen some hardcore Beliebers whilst on the road. What’s the craziest thing you witnessed?

“At the end of the Lisbon show, a fan jumped on stage and try to run to Justin but they were tackled by security. Can’t imagining that happening to us just yet haha!”

What is the most important thing you learnt from being part of the Purpose World Tour?

“Hard work is key when you put in the effort and stay focused you can achieve your goals.”

We imagine touring with pop royalty must change you a little bit! Will you be requesting anything outrageous on your rider for your upcoming UK/European tour?

“Haha no, we’re quite boring really. Our rider consists mostly of honey, lemon and water.”

Are you guys more or less nervous about performing at more intimate venues?

“Definitely more nervous performing in the more intimate venues, especially when it’s our own show.”

What can fans expect from your upcoming UK tour that begins next month?

“New music and new vibes, we always aim to sound bigger and better each show. It will be the biggest and best tour that we’ve ever done and. For the UK tour, we’ll also be playing with a full band which is a first for us.”


And finally, is there anything else you’d like to plug?

“Make sure you go listen to our single ‘Oh Lord’ and keep an eye out for new music across all our socials. We hope to see you guys at one of our shows on the tour in February!”

MiC LOWRY will be playing four headline UK shows in February 2017. Tickets are on sale now at www.gigsandtours.com