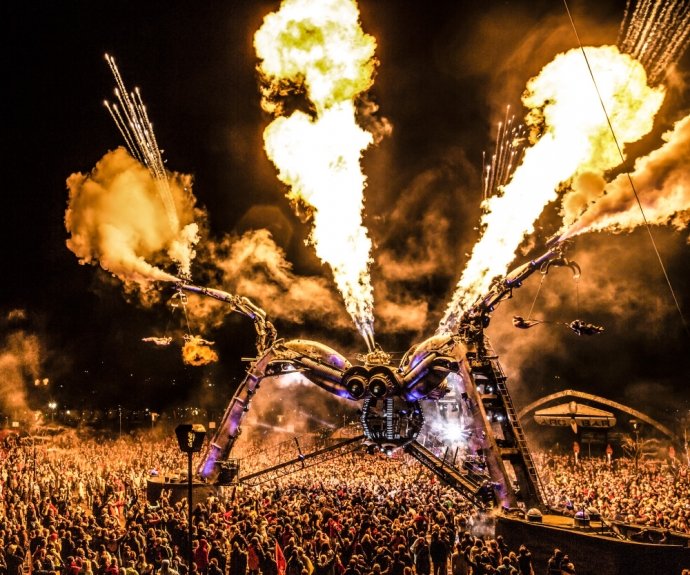 Infamous from its presence of the 50 tonne spider at festivals such as Glastonbury and Boomtown, Arcadia now expands to London for it’s own immersive festival, fusing monumental spectacle, high octane performance and thunderous bass into a spellbinding sensory experience. We catch up with the teams operations manager, Andy Parrini, ahead of their debut London event this weekend to find out what to expect from their biggest show to date!

HTF: Arcadia is world famed for its huge mechanical spider. What can people expect here?

AP: This is our biggest standalone event ever. It brings together the best of the last 10 years and lays the foundations moving forward. We’ve got the Spider with the full Metamorphosis show as well as the Reactor with three performance shows a day, the collaboration with the Aboriginal Whadjuk Noongar tribe and the six wheel party machine – the Bug. It’s going to be be a massive celebration of the start of summer with music from all over the spectrum, some intensely immersive performances and a few birthday fireballs.

HTF: You are introducing a new indoor area at the event. What can you tell us about the concept of, ‘The Reactor‘?

AP: Exploring what we can do in an enclosed space. With a lot of daylight at the London festival, we wanted to have an arena that was dark and intense from lunchtime – fusing new performance elements with a full spectrum, 360 degree dance floor that’s slamming all day long.

HTF: Can you reveal anything about the production here or is it all a big surprise?

AP: It’s a 360 degree immersive matrix with laser and tech install mapped to the hexagonal geometry of the tent…and a good few surprises!!

HTF: We also heard there will be a ‘Bug Stage’, what can you tell us about this?

AP: It’s somewhere between a carnival float and an insect on wheels. It’s a 6 wheel mobile, amphibious stage built from repurposed submarine moulds that open as wings with a fully rigged stage in the thorax – it’s all about the sunshine vibes on the Bug!

HTF: Has anything changed from the Metamorphosis show that we’re all used to, such as the one at Glastonbury?

AP: Context. One thing we realised on our world tour was how different everything feels in a city centre compared to the middle of a field – it’s like everything comes to life in a different way and becomes part of the cityscape. 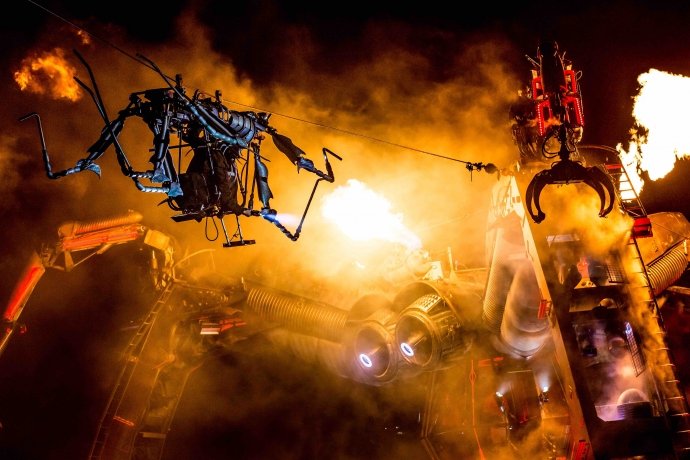 HTF: We heard Aboriginals are coming…what’s that all about?

AP: It was probably the most powerful experience we’d had as a crew and it just felt really important that it was part of the 10th anniversary.

The Whadjuk Noongar have a sacred song that’s thousands of years old which asks a dreamtime spider to weave a web of unity around the tribes when they gather from across Australia. They had felt disrespected by the colonial government when they last performed it in public in 1901 and took it back underground after that.

Then we discovered that the land we were doing our Perth show on was actually the ceremonial home of their Spider and when we met them, we all realised the symbolism of two spiders from two different worlds coming together to weave a web of unity together was pure magic. We remixed the ancient song together and when the spider ceremony was performed on the Arcadia spider, the energy on that dancefloor was something else.

It’s amazing how gathering around fire to dance has lasted through the ages and from UK festivals to ancient tribal cultures – that spirit is the same.