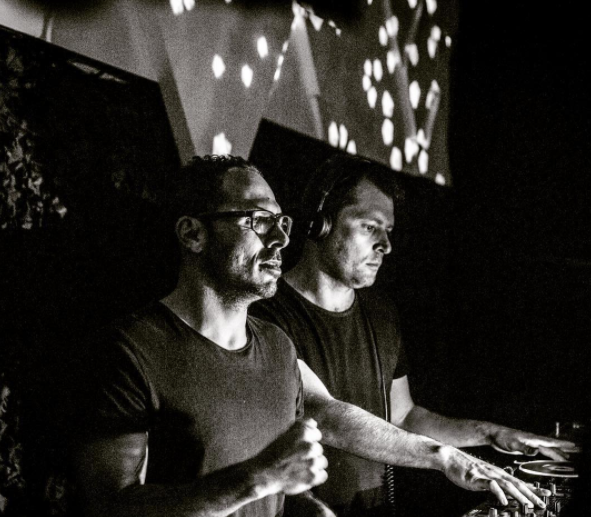 Few labels garner the respect and attention of the true selectors and tastemakers such as Innervisions.

Raw District, are the latest duo to make their debut on to the esteemed label. The forthcoming single ‘From the Inside’ was released today, on Innervisions ‘Secret Weapons’ compilation; which will undoubtedly set this pair off to a bright future, with 2017 looking to be a very busy year.

However, Vernon Bara and Massimo DaCosta are no newcomers to dance music, having released tracks with the likes of; OM Records, AMA, Robsoul, Aroma, OFF, Icon, Doubledown and much, under their previous alias of ‘Vernon & DaCosta’.

Shifting their focus in early 2013, the Belgian duo adopted the alias, Raw District, to explore the deeper and darker side of house and techno.

I got the chance to have a chat with the pair to find out what else is in store for them in the coming future.

Having gained high accolade from their previous performances at festivals such as Extrema Outdoor, DGTL, and Dour Festival, I ask them where we might be able to catch them this summer along the circuit.

“We have to admit we are feeling quite impatient, and ready to start the new festival season, which promises to be intense. It will start in early June with our beloved Extrema Outdoor Belgium festival, where we’ll be playing the main stage alongside Sven Vath, Tale of Us and Recondite amongst others.”

“In July we will join the Ants stage at the Netherlands edition of Extrema Outdoor in Eindhoven. Followed by Tomorrowland, Dour Festival, and the first edition of Labyrinth Open Festival in Croatia, which will be a highlight of this summer!”

Having joined the ranks at Innervisions and being inducted onto a compilation entitled ‘Secret Weapons’, I’m keen to know what Raw District feel are their secret weapons, when championing the dancefloor.

“We have been really into Keinemusik’s releases for years now. Rampa, & I and those guys bring so much innovative, distinctive and fresh sounds with classic roots. The forthcoming Rampa’s remix of Pastaboys & Osunlade is without a doubt one of our key weapons.”

Obviously, releasing a track on a label such as Innervisions is going to be a pretty significant milestone, eager to know where else they set their sights, I ask what other releases we can keep our eyes peeled for.

“An album is definitely something we have had in mind for years now. Thanks to working with some great people, and vocalists like Aquarius Heaven, Forrest or Giorgia Angiuli, we are starting to have a clear idea about the artistic direction, and the creative process that we would want to follow. It’s really important to us that we do this right. An album is such a big deal.”

“In a short term, we have a new ep coming out on Flying Circus, our friends label from Audiofly. We also have something coming out on Moon Harbour before the summer and a few remixes. Also, a new EP for Crosstown Rebels is also under construction!”

Listening to the new track, ‘From the Inside’, it’s clear to see Raw District can turn their hand to anything, across the genres of House and Techno. It will be fascinating to see where they take it from here; now they will have captured the attention of the Innvervisions fanbase, some of the most attuned ears across the dancefloor.

“At the end of the day, we are producers, so we are always wanting to make something new that reflects our mood or current feeling. We can only say we want to stay with House or Techno in its truest form. Preserving the roots of this music is really important for us. We feel blessed being able to work with amazing labels and people such as Damian Lazarus, Dixon or Matthias Tanzmann, and we’ll do our best to build a long-term partnership with them.”

You can now buy Innervisions’s new Secret Weapon compilation direct through Beatport here, which includes the new single from Raw District; ‘From the Inside’.