Glastonbury is by far the best festival in the UK, and possibly the world. Therefore, when our press requests fell through and no luck with any of the ticket sales, I became very desperate to get in this year’s Glastonbury.

After being tempted to sneak in the festival, I came to my senses and took the sensible option of not trying to be Tom Cruise by recreating Mission Impossible, but instead just looking to work there. Of course, I wasn’t too fond of the idea. Going to a festival, that I cherish, to only stand around doesn’t sound right. But if that meant spending the weekend in the fields of dream, it would be worth it. I put all the ethical beliefs aside and searched for a burger van, or anything of that sort, just to sort me out for the weekend. Then just as I’d given up hope, a friend of a friend – let’s call him The Saviour – heard of my struggle through the grape vine and came to my rescue.

The offer was pretty straight forward: work 4-hours a day over Thursday to Sunday between 10am-10pm at Liquorice World near the Other Stage. Yes, liquorice – not the first thing that comes to mind when you think about a festival, but I’m not complaining.

Liquorice World showed me a side of the festival that you wouldn’t usually see. Within the world of the workers is this sub-community whose philosophy is work hard, party harder. The veteran henna artists working next door knew everything there is about the festival; from the locations of the secret stages, like the underground bar, to where the staff parties were. While the rain lashed down and flood both out stands, we ended up looking out for one another.

The pissed festival-goers actually added to the experience with hearing a few stories about their festival. Their tales were vast from a German family telling me about their sheer love for liquorice, to a man – stinking of cider, and struggling to pick his 10 pieces of liquorice for a £5 – telling us about being in a K-hole. It made me think about all the times I’ve been a pissed idiot and strolled up a burger, trying to be funny, and really looked like a complete twat. Their moods noticeable changed with the disappointing EU Referendum result and I became an ear for everyone’s problems. Once the music started, I then listened to everyone’s opinions on the artists. One guy’s highlight was Newton Faulkner stripping on the Other Stage and seemed to of enjoyed a bit too much.

The experience of working over the weekend wasn’t as bad as people usually make out. Liquorice World not only gave me the opportunity to attend this year’s Glastonbury but also showed me a new side of the festival. After working 4-hours over 4days, I would personally recommend working at Glastonbury; the shifts went fast and, most importantly, I didn’t miss any music. Of course, I would have preferred to of freely ventured through the fields but to miss Glastonbury would have been a disaster. Subsequently, if you miss out on next year’s ticket sale then look into working at the festival – because working on a stall for a few hours is better than watching your favourite artist on the TV at home. 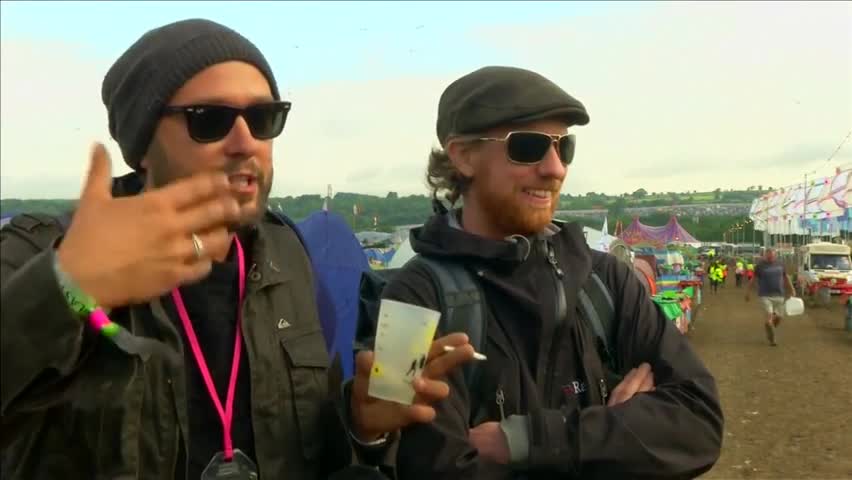